The government passed the ordinance to establish Pakistan Islands Development Authority (PIDS) under which the development of Bundal and Buddo islands will take place. Critics of the move have alleged that it is backed by China and the development and construction work will be carried out under the China Pakistan Economic Corridor (CPEC).

The Pakistan People’s Party will oppose the illegal annexation of Sindh’s Islands through Presidential ordinance by the PTI government. I ask how is this act any different to Modi’s actions in occupied Kashmir? Move will be opposed in National, Provincial Assembly & the Senate. pic.twitter.com/4gtwSTMna8

According to the Economic Times report, Sindh Taraqi Pasand Party (STTP) leader Dr Qadir Maqsi said that the Sindhi community would not remain silent on the usurpation of Sindh’s rights. Other leaders stated the development of Buddo and Bundal islands was equivalent to destruction and would snatch the livelihood of at least 800,000 fishermen.

Beijing’s flagship programme, the China-Pakistan Economic Corridor (CPEC) worth approximately $62 billion has been criticised for its non-transparency and inefficient costing, which gives Beijing an upper hand in all the infrastructure projects under the program.

The US had earlier issued a warning to Islamabad saying that it is subjecting itself to expensive loans under China’s Belt and Road Initiative (BRI) through which Beijing has pledged more than US$60 billion so far. 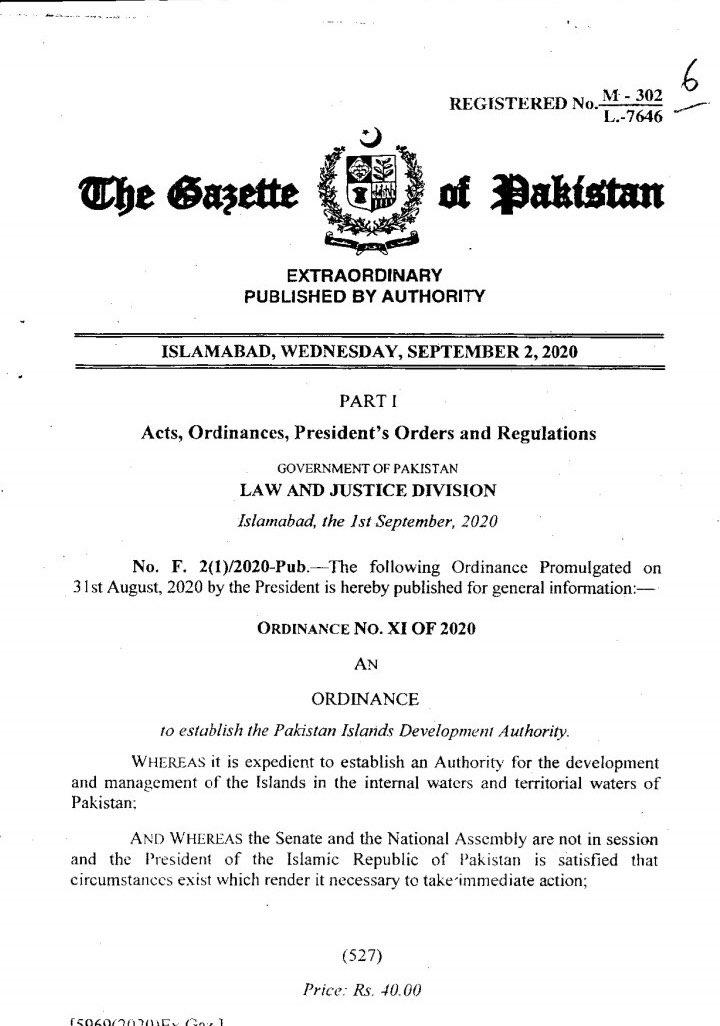 However, the warning has landed on deaf ears and Islamabad has defended the programme saying that this is an opportunity for Pakistan for its economic development. Analysts believe that the CPEC programme can get caught in the rivalries between the three neighbours viz-a-viz India Pakistan and currently India China as well.

The Baloch groups say that the provinces of Sindh and Balochistan are hit by China’s “expansionist” and “oppressive” policies that are intended to “subjugate” them.

Mohan Malik, a visiting fellow at Near East South Asia Center for Strategic Studies in Washington told Nikkei Asia that the sudden way in which the two islands near Karachi have been placed under federal control shows that something is afoot.

“The ordinance’s stated goals of developing the islands for trade, investment and international tourism seem to have been taken straight out of Beijing’s BRI playbook,” he said.

Critics of the move are concerned that after Gwadar port, coastal areas including the islands would eventually be controlled by Beijing, throwing the provincial governments out of CPEC.