Recently, Turkey justified its massive investments in drone technology when it overwhelmed Russia-backed Syrian forces and destroyed its the Pantsir missile system and other military hardware.

Maldives Debt-Trapped Just Like Pakistan Thanks To China- President Solih

Indian Army Chief General M.M. Naravane earlier this month admitted the Indian Army is reworking and refining its war strategy for an all-out war on two fronts with China and Pakistan.

Keeping the impending threats in mind, the Indian Army initiated the process of acquiring at least 100 man-portable loiter munition system that will play a crucial role in annihilating enemy targets near the border without getting into the firing range. 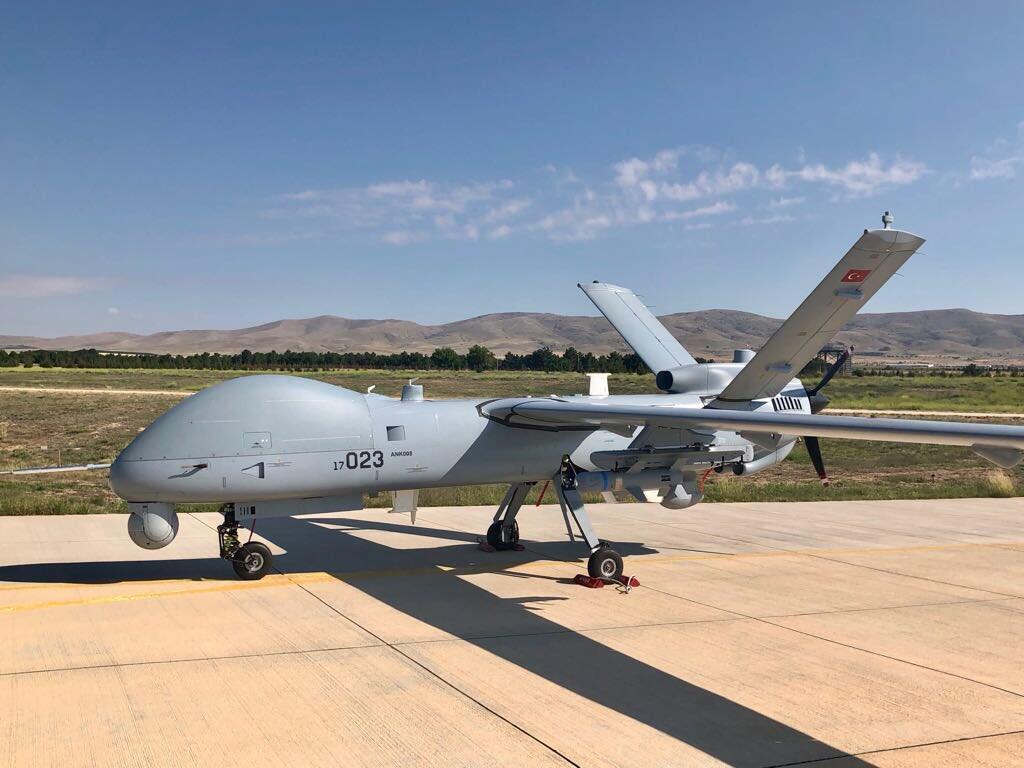 “The loiter munition system should be proficient in providing the desired performance across all spectrums of employment in the Indian terrain and climatic conditions. It should have warheads to destroy personnel and soft-skinned targets,” the document released by infantry division said to manufacturers who wish to respond to the process.

A loitering munition or kamikaze drone is a weapon system that hovers around the target area for some time, searches and identifies targets, and launches itself once a target is established. Loitering munitions permit more accurate and selective targeting of enemy targets. If an attack mission is aborted, the UAV can be returned to loitering mode before making a new strike.

Turkey, along with China, is a global leader in manufacturing armed drones, or Unmanned Combat Air Vehicles (UCAVs) and both the nations are key allies of India’s arch-rival – Pakistan

Turkey is not stopping. The Syrian and Iranian forces are paralyzed without Russian air cover. Lots of myths and bad takes are being destroyed in northwestern Syria pic.twitter.com/pAPD1vQ3Vt

The recent success of Turkish and Chinese drones have elevated Pakistan. Experts talking to the EurAsian Times stated that the success of these drones were possible because unlike the heavier US manned combat aircraft, UCAVs can circle over war zones at low speeds for hours upon hours, waiting for targets without endangering the lives of their operators.

And drones are much economical to procure and operate than fighter jets and US drones. SIPRI records indicate China exported 163 UCAVs to thirteen countries 2008–2018 compared to fifteen MQ-9s delivered.

Noticeable destruction at Kuweires Military Airbase in #Aleppo / One hangar destroyed with parking area completely burned out (could mean that TAF claim of 5 or so helicopters destroyed is true)
Imagery: @AuroraIntel @planetlabs pic.twitter.com/eLzs3cR4ow

Two Turkish drone systems, the Bayraktar-TB and Anka-S are seeing extensive action in Syria with great success. The Bayraktar has also been extensively employed in the Libyan civil war where Turkey is also meddling and proving its prowess with drone technology. For now, there are no signs of a deal between Turkey and Pakistan but experts have predicted that Bayraktar could be a potential prospect for Pakistan.

Earlier, the Chinese drones have shown great effectiveness despite being one-forth the cost of US drones. The UAE covertly stationed Chinese-built Wing Loong-II drones to Al Khadim airbase in eastern Libya to support the rebel army fighting the Tripoli-based General National Assembly faction.

On August 4, 2019, one of the UAE-operated drones launched Chinese Blue Arrow-7 laser-guided anti-tank missiles targeting a town hall in Murzuq hosting a meeting from a GNA-allied tribe, killing forty-six people.

These use piston-engine pushers for propulsion and can attack targets from relatively safe distances using small GPS-guided bombs, and AR-1 and Blue Arrow-7 laser-guided missiles weighing around 100 pounds.

Both CAIG and CASC have evolved gradually larger and more capable models carrying more weapons and sensors, improved satellite links so they can be remotely commanded from longer distances and more powerful engines allowing them to fly higher, further and for an extended period of time.

Earlier, there were reports that Islamabad would import 48-high end Wing Loong IIs aerial drones from China. Officials in the Pakistani air forces have said that the manufacturer of the drones, China’s Chengdu Aircraft Industrial Group will collaborate on the domestic production of the drones with Pakistan Aeronautical Complex, Kamra, a state-backed air force equipment contractor.

Experts in conversation with the EurAsian Times state that 21st-century warfare is already being experienced in Syria where Turkish and Israeli drones are competing against Russian air defence systems.

With India set to acquire highly sophisticated S-400 air defence systems from Russia and Pakistan potentially getting access to advanced Chinese or Turkish drones, the next battle between drones and air defence systems could be seen in the sub-continent and witness a clash of acquired technologies.