Pakistan’s Chief of the Army Staff (COAS) General Qamar Javed Bajwa visited the Line of Control (LoC) on Monday and celebrated Eid-ul-Azha with soldiers after offering Eid prayers, according to a press release by the Pakistan Army’s military wing.

In its statement, the Inter-Services Public Relations (ISPR) quoted Gen Bajwa as saying Pakistanis stood strong with their Kashmiri brothers and sisters.

The government, he added, had commenced efforts to resolve the occupied Kashmir issue. India wishes to divert the world’s attention from the Muslim-majority Himalayan region, Gen Bajwa said.

Earlier, Foreign Minister Shah Mehmood Qureshi reaffirmed Pakistan’s unwavering support for the people of occupied Kashmir suffering Indian atrocities and said the country is fighting for the cause of Kashmiris at every platform. 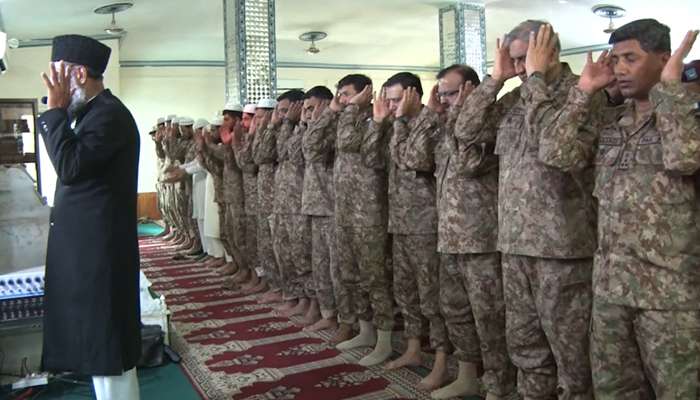 Addressing a press conference in Muzaffarabad, where he arrived late Sunday to spend the first day of Eid-ul-Azha in solidarity with the Kashmiris, Qureshi said the freedom struggle of Kashmiris had reached a crucial turning point.

He said Prime Minister Imran Khan in his wider outreach efforts had contacted world leaders including those of Turkey, Iran, and Indonesia to apprise them of the unilateral step taken by India to change the status of occupied Kashmir.

The foreign minister said the Kashmir issue had been recognised as disputed internationally, and it was a common cause which should be above politics and other interests.

He said Pakistan had decided to take the issue of Kashmir again to the UN Security Council, and that China had assured to extend full support for this purpose. Qureshi informed that Imran Khan will visit Muzaffarabad on Wednesday, August 14 on the occasion of Independence Day, where the premier will address AJK legislative assembly to express solidarity with Kashmiris.

The minister noted that the national political leadership stood united over the Kashmir issue. If India tried any misadventure, Pakistan reserved the right to defend itself, Qureshi remarked, adding that the real Indian agenda was to change the demographic composition of Kashmir.

The foreign minister further mentioned that Pakistan will celebrate this Independence Day as Kashmir Solidarity Day, while the Indian Independence Day the next day will be observed as Black Day.