Kashmir Hour will be observed by Pakistan today as per the initiative by Prime Minister Imran Khan.  The purpose of the Kashmir Hour is to express solidarity with the Kashmiri people after New Delhi revoked the special status of Jammu and Kashmir valley and imposing a lockdown which entered its 26th consecutive day on Friday.

As per reports in ExpressTribune, the main event of the Kashmir Hour will be organised on Islamabad’s Constitution Avenue where the PM Khan will arrive accompanied by members of parliament.

Federal ministers and Pakistan Tehreek-e-Insaf (PTI) leaders will also gather at D-Chowk. Besides, PM Khan will address students at the lawn of Parliament House. Sirens will boom at noon and traffic signals will be turned red on all roadways of the federal capital. The National Anthem will be sung along with the anthem of Kashmir. Government employees will leave their offices at noon to participate in Kashmir Hour on the streets.

Protests have been organised at designated locations in all districts of the country which have been selected by deputy commissioners. On the directives of the PM Imran Khan, elected representatives will lead the demonstrations in their respective constituencies. Members of the civil society and students have also been invited to participate in the protests.

In a series of tweets on Thursday, PM Imran called on all Pakistanis to participate in ‘Kashmir Hour’ to express solidarity with Kashmiris and condemn India’s “fascist oppression” in the disputed territory.

“I want all Pakistanis to come out tomorrow (Friday) 12 noon-12.30 pm to show solidarity with the Kashmiri people,” the premier wrote on Twitter, adding: “We must send a strong message to Kashmiris that our nation stands resolutely behind them.” 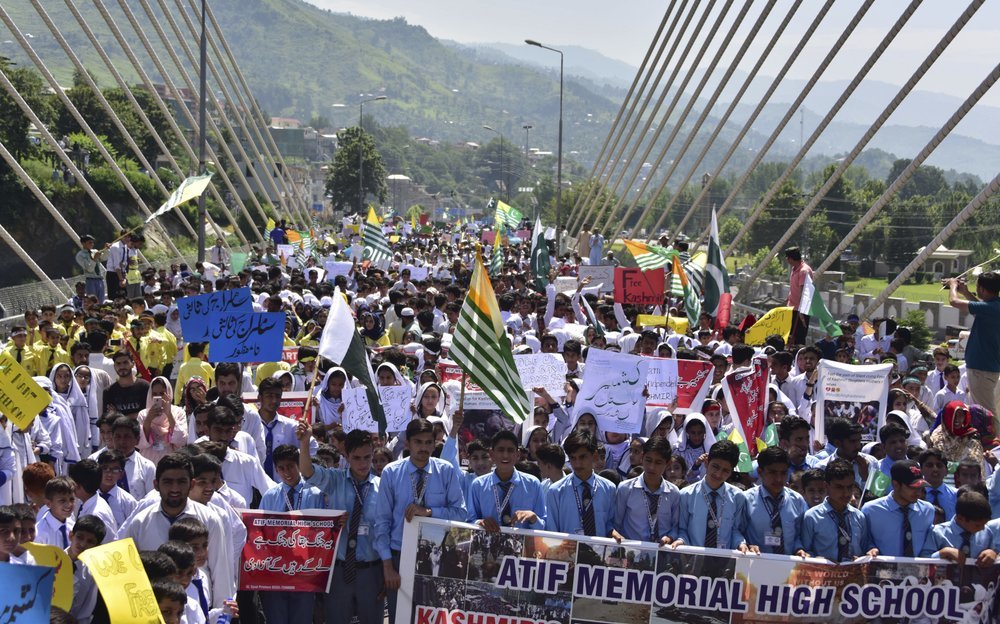 PM Imran further said New Delhi’s attempt to change the demography of Jammu and Kashmir was a war crime under the Fourth Geneva Convention. He added that the nearly month-long curfew in the occupied valley and the use of force against Kashmiri civilians were “all part of the ethnic cleansing agenda of the Modi government and its illegal annexation of IOK”.