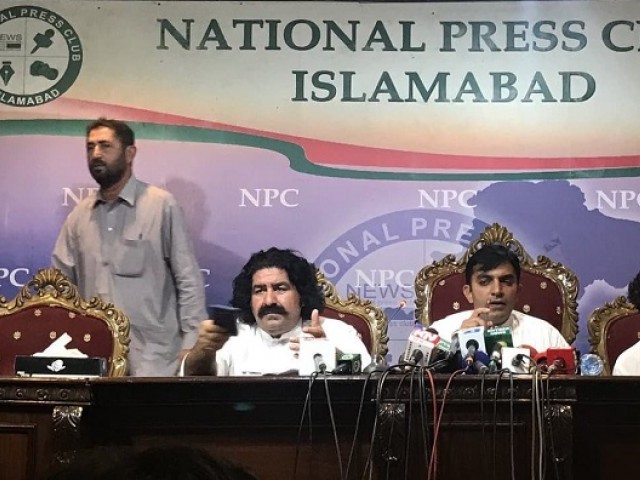 According to the army’s media wing, the Inter-Services Public Relations (ISPR), the group assaulted the Kharqamar checkpost in Boyya, the tribal district of North Waziristan earlier this morning.

The ISPR said the group wanted to exert pressure for the release of suspected terrorists’ facilitator arrested the other day. “Troops at the checkpost exercised maximum restraint in the face of provocation and direct firing on the post,” it added.

Due to the firing of the group, five army soldiers sustained injuries and in exchange of fire three individuals who attacked the post lost their lives and 10 others received injuries, the army media’s wing said.

All injured were transported to the Army Hospital. Lawmaker Wazir along with eight individuals have been arrested while Javed is at large after inciting the crowd, it added.

On May 6, a first information report (FIR) was registered against members of Pashtun Tahafuz Movement’s (PTM) central committee including MNA Ali Wazir in North Waziristan for inciting people to revolt against the state.

Last month, the army signalled taking legal action against the leadership of PTM, stating that “those who are playing in others’ hands, their time is up”.