Patanjali Ayurveda has landed itself in the soup again as Coronil, one of its herbal remedies kit, is being sold in London as “Covid 19 immunity boosters” in violation of the UK’s advertising rules.

Coronil was found to be sold in Asian dominated areas of London, a BBC investigation report found. The makers of the drugs claim that it protects from “respiratory tract infections”. The investigation found that the pills are being sold in at least four stores claiming that it cures Covid-19.

Tests carried out by Birmingham University for the BBC showed no signs that the pills could cure Covid-19. Such advertisement is in violation of the Advertising Standards Authority (ASA) that prohibit references to Covid-19 and “boosting immunity”.

“It is unclear what Coronil is trying to do to the immune system,” the BBC report quoted virologist Dr. Maitreyi Shivkumar as saying.

The official ASA website says, “For claims relating to immune function, it means avoiding wording that suggests the product or its ingredients could improve the functioning of the immune system.” It specifically says that references to “boosting”, “strengthening”, “stimulating” or “optimizing” immune function should be avoided.

The BBC report also stated that the claims to prevent, treat, or alleviate the symptoms of coronavirus cannot be made unless the product is licensed by the Medicines and Healthcare products Regulatory Agency (MHRA).

With the new strain of COVID-19 in the UK, the cases have substantially been increased with the government imposing harsh lockdown yet again. The new strain is said to 70 percent more transmissible and has led to a sharp spike in infection. The figures released on Monday show 33,364 people tested positive.

Patanjali Ayurved co-founder and Yoga Guru Ramdev launched the ‘Swasari-Coronil kits’ on June 23. According to the company’s official data, 2.5 million of these kits worth Rs. 250 crore were sold between June and October.

Patanjali came under fire after it claimed that Coronil had shown 100 percent result in curing COVID-19. India’s Ministry of AYUSH (Ayurveda, Yoga & Naturopathy, Unani, Siddha and Homeopathy) responded saying it was unaware of the scientific study and clinical trials mentioned by the company. 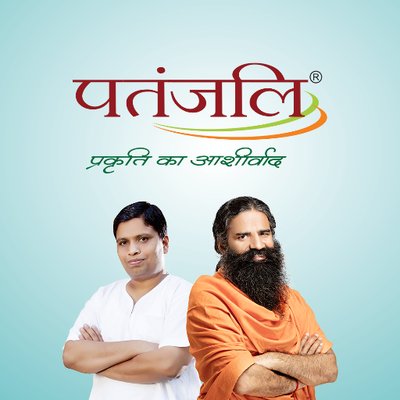 “We made the combination of Tulsi Giloy Ashwagandha at an advanced level and when the clinical trials were done on the patients of COVID-19, the coronavirus patients were cured.

A conspiracy has been hatched against us and if the Ayush Ministry tells us to conduct clinical trials once again then we are ready to face it,” Balkrishna Sai, the owner and co-founder claimed.

While the UK has seen a sudden spike, India recorded 19,556 new COVID-19 cases in the past 24 hours, the lowest number since July.