Plagued By Delays and Glitches, Will ISRO’ Moon Mission Be Successful This Time?

ISRO – The Indian Space Research Organization announced that the Chandrayaan-2 launch has been rescheduled for July 22, seven days after the ambitious launch by ISRO had to be aborted an hour before the lift-off. ISRO’s moon mission has been plagued by delays and glitches and this is not the first time that the Chandrayaan-2 mission encountered a technical problem. 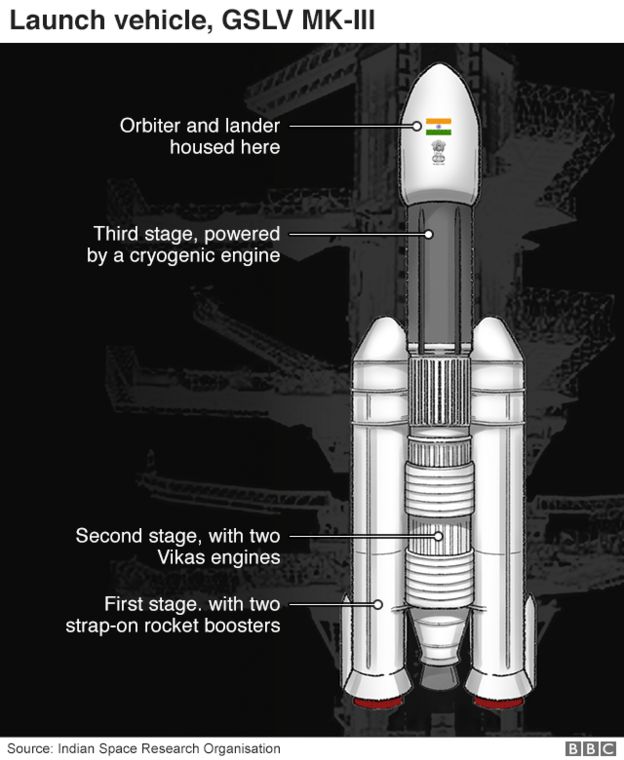 This comes after ISRO rectified the fault in its Geosynchronous Satellite Launch Vehicle-Mark III (GSLV-Mk III) whose Monday flight with Chandrayaan-2 spacecraft was called off one hour before its lift-off.

The rocket GSLV-Mk III was supposed to lift off at 2.51am on Monday with India’s second moon mission spacecraft Chandrayaan-2. One hour before the lift-off, ISRO officials detected a snag and called off the mission.

“A technical snag was observed in launch vehicle system at 1 hour before the launch. As a measure of abundant precaution, #Chandrayaan2 launch has been called off for today. The revised launch date will be announced later,” Isro had then tweeted without elaborating further.

It all started when the Russian Federal Space Agency (Roscosmos) and ISRO signed an agreement for the two agencies to work together on the Chandrayaan-2 project.  ISRO was responsible for the development of the orbiter and rover, while Roscosmos was to provide the lander. The design of the spacecraft was completed in August 2009, with scientists of both countries conducting a joint review.

Although ISRO finalised the payload for Chandrayaan-2 per schedule, the mission was postponed in January 2013 and rescheduled to 2016 because Russia was unable to develop the lander on time.

The spacecraft’s launch had been scheduled for March 2018, but was first delayed to April and then to October to conduct further tests on the vehicle.

On 19 June 2018, after the program’s fourth Comprehensive Technical Review meeting, a number of changes in configuration and landing sequence were planned for implementation, pushing the launch to the first half of 2019. Two of the lander’s legs got minor damage during one of the tests in February 2019.

Chandrayaan-2 launch was now scheduled for 15 July 2019 at 02:51 IST, with the landing expected on 6 September 2019. However, the launch was again aborted due to a technical glitch. Now ISRO plans the much anticipated Moon Mission on 22nd July 2019. With a series of delays and glitches, all fingers are crossed for the successful mission to the Moon.