They have slammed the photojournalism prize awarded to Jammu and Kashmir-based photographers arguing that the photographs are ‘endorsing terror’.

The signatories have objected to the citation of the photographs which mention the words “contested territory” for Kashmir which is “an attack on the sovereignty and integrity of India.

Jammu and Kashmir is an integral part of India and there is no dispute about it”. The letter further adds that Instrument of Accession (IOA) signed by Maharaja Hari Singh, the then ruler of the princely state of Jammu and Kashmir and the inclusion of the territory in the Indian Constitution.

The letter particularly attacks Khan and Yasin for promoting photos “full of venom against their own country, people and police”.

“The letter states such work is an example of biased journalistic work. “We have not included the name of Channi Anand here because his photo does not malign India and unlike the other two photojournalists, it does not use the term ‘Indian-controlled Kashmir’.

What we find more shocking is that before conferring this prize, you did not even bother to check whether these reporters/photographers have been telling the truth to the world!!,” states the letter. 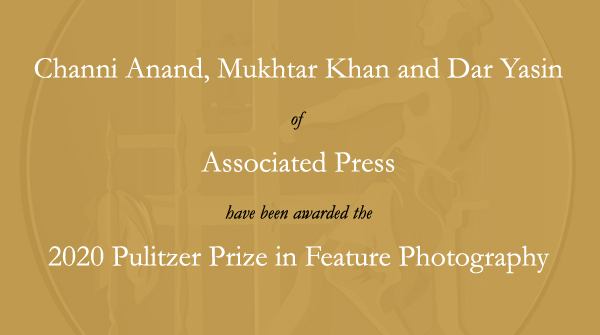 The letter is a strongly worded condemnation of the Pulitzer Prize as a “deliberate attempt to project India in a bad light”. It also quotes a report by Yasin on March 22, 2019, when Ali and Hubaib, “both Pakistani terrorists were killed in an encounter in Kashmir region of J&K when they held a man and his 12-year-old nephew hostage in their own house”.

According to the letter, Dar’s report is an attempt to blame the Indian forces for the death of the young boy, besides propagating misinformation by calling Jammu and Kashmir as ‘India controlled portion of Kashmir’.