The parents of Pakistani social media star Qandeel Baloch, who was murdered by her brother in an apparent case of honour killing, on Wednesday pardoned their sons and urged a court to dismiss the case. Qandeel Baloch was strangled to death at her home in Multan, Punjab province, on July 15, 2016, by her brother Waseem Azeem. 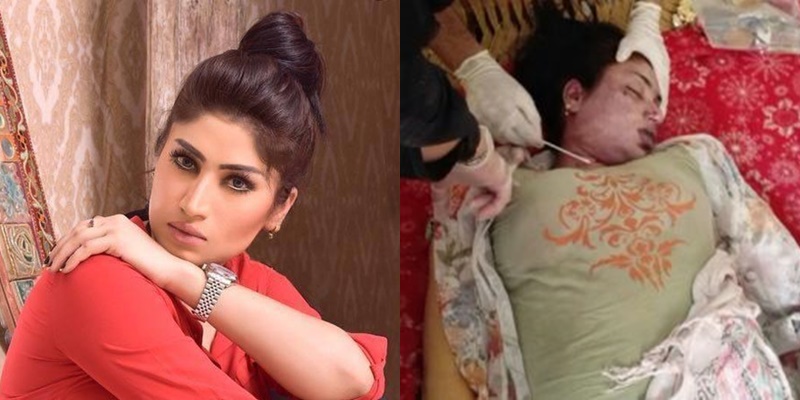 He later confessed to have killed his 26-year-old sister because she brought “disrepute” to the “family’s honour” with her risque videos and statements posted on social media. Her brother Aslam Shaheen was also an accused in the case, which attracted much global attention. The Dawn newspaper reported on Wednesday that Baloch’s parents submitted an affidavit in a Multancourt, stating that they have forgiven her alleged murderers and asked the court to acquit them. The affidavit stated that Qandeel’s murder case was registered on July 16, 2016, while the change to the Anti-Honour Killing Laws which prevents killers from walking free after a pardon was made three months later. Thus, it was not applicable in this murder case, Geo News reported.

The legislation mandates life imprisonment for honour killings, but whether a murder can be defined as a crime of honour is left to the judge’s discretion, the Dawn report said. The affidavit also said that the allegations that Baloch was killed for “honour” were “contrary to facts”, it said.

The court, in response, summoned the lawyers representing the prosecution in the murder case as well as the counsel for Baloch’s parents. The slain social media star’s parents had once before also requested the court to wrap up the murder case, saying they had forgiven both their sons, but their appeal was dismissed with the judge citing the anti-honour killing law.

After the law was passed in October 2016, Baloch’s parents had initially vowed not to forgive the alleged murderers. Qandeel Baloch became famous for her bold social media posts – pictures, videos and comments. But these were considered outrageous by the largely conservative Pakistani community.