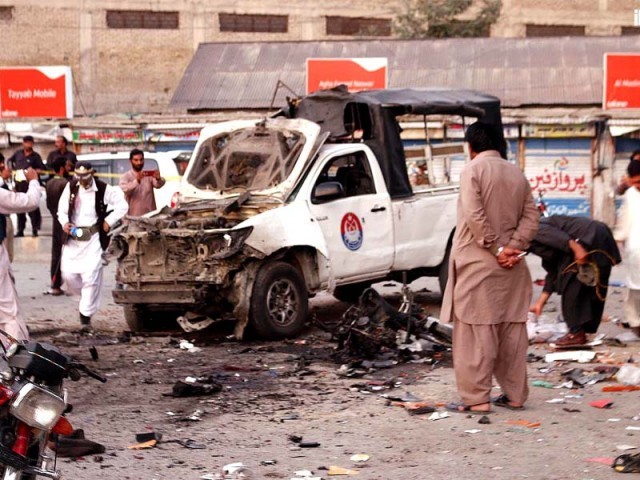 Two women and a child are among the 27 injured in the blast, he added. “The target of the attack was a police van, which was parked outside a police station,” said police officer Mohsin Hassan Butt said.

“The death toll may increase, as the condition of some of those injured was critical.” A spokesperson for the provincial government Liaqat Shahwani confirmed the attack. “Most of those injured were passersby,” he added.