Indian Rafale vs Pakistani F-16 Jets – Which one of the two fighter planes would you put your money on? India has procured the first batch of Rafale Jets from France while Pakistan Air Force is equipped with mighty US-origin F-16s.

The EurAsian Times analyses the strengths of both the fighter jets and evaluates which air-force – Indian or Pakistani will dominate the skies.

In the contemporary era of cold warfare, a country’s superiority is rated in terms of the fighter jets it operates. Most of the global powers in the modern era have nuclear options to win wars and to deliver that, they need the latest generation of fighter jets.

The Rafale vs F-16 rivalry goes beyond the India- Pakistan comparison and actually strikes a competition between the US and French defense manufacturers.

As EurAsian Times reported earlier, Pakistan is placing its fighter jets near the Ladakh border and if tensions continue to flare, an ariel showdown between the Indian and Pakistani Air Force is imminent. The only difference is that India is now equipped with much advanced Rafale jets. 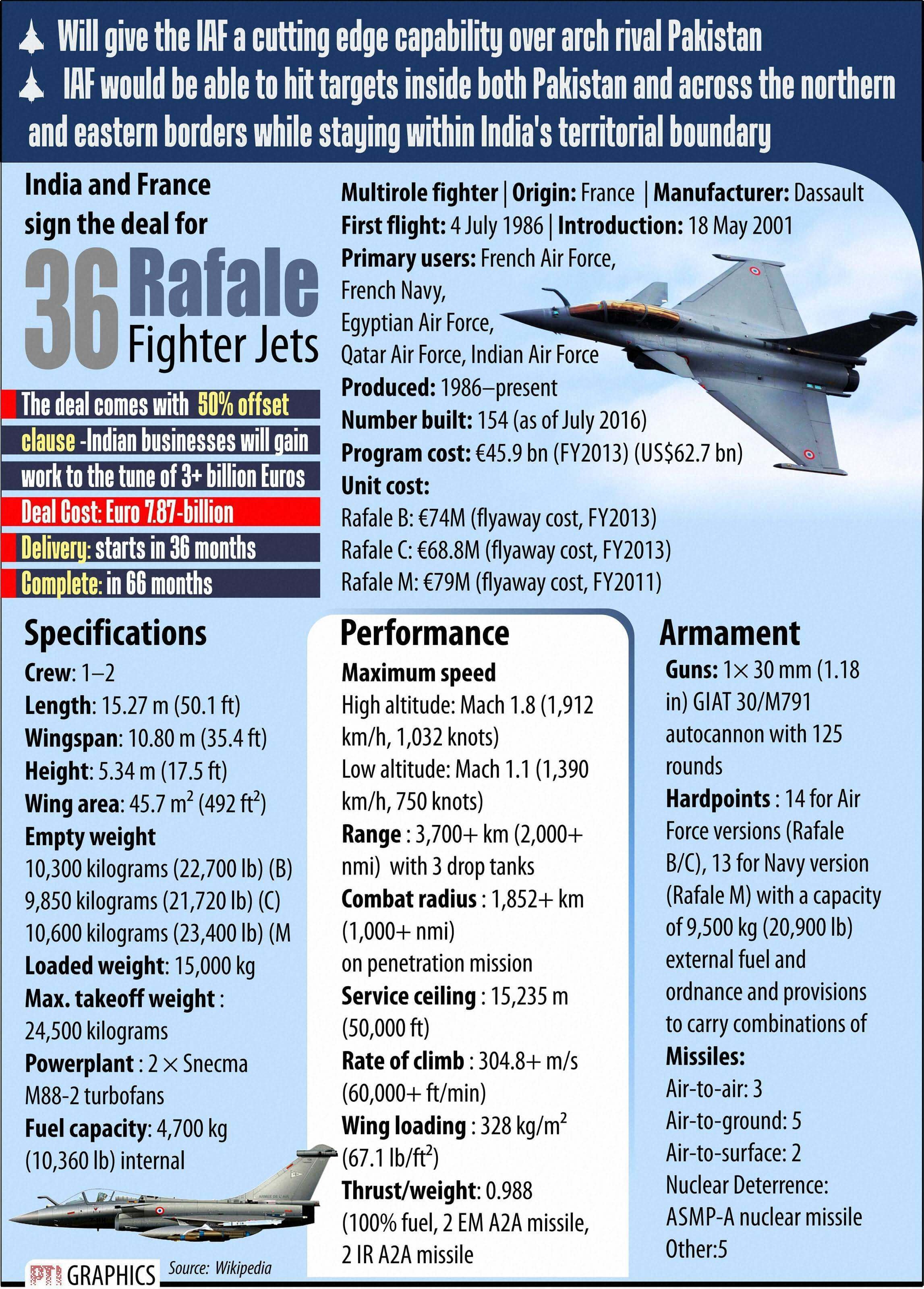 Rafale fighter jet is a twin-jet fighter aircraft manufactured by French-based Dassault Aviation. Rafales are able to operate from both, shore bases and aircraft carriers.

On the other hand, the US-based Lockheed Martin developed F-16s are fourth-generation, single-engine supersonic multirole fighter aircraft. As far as the F-16s are concerned, there are approximately 3,000 operational F-16s in service across 25 countries.

So, clearly in a dogfight between the two, the Rafales have a slight edge given the fact that they can load more weapons than the F-16s.

So, both these state of art jets have their own strengths and edges over each other. To predict a clear winner is a hard task and pilot skills will play a crucial part to decide the winner.

However, one must also take into account that the Rafale Jets, which have been specifically customized as per the Indian requirements are considered as 4.5 generation fighter jets compared to the F-16s of Pakistan Air Force (categorized as 4th Generation Jets).

Rafales are nuclear-capable fighter jets and are believed to be equipped with semi-stealth technology which is clearly missing in the aging fleet of Pakistani F-16 jets.

What gives India a decisive advantage will be the deadly combination of SU-30 MKIs and Rafale Jets which not only overwhelm Pakistani F-16s in numbers but also in armory and radar.

Backed with soon-to-be procured S-400 missiles from Russia, Indian airspace would be near impregnable and become a no-fly zone for the Pakistani F-16 jets.