Bollywood megastar Ranveer Singh took fans by surprise when he paid a visit to the stadium during the Pakistan-India match at the Old Trafford in Manchester. But it turns out, he was there not only to cheer for his team but was spotted adorably comforting a dispirited Pakistani fan over the loss.

The video went viral all over the social media, in which the 33-year-old was hugging a Pakistani fan who appeared heartbroken after Pakistan lost to India in yet another World Cup match. 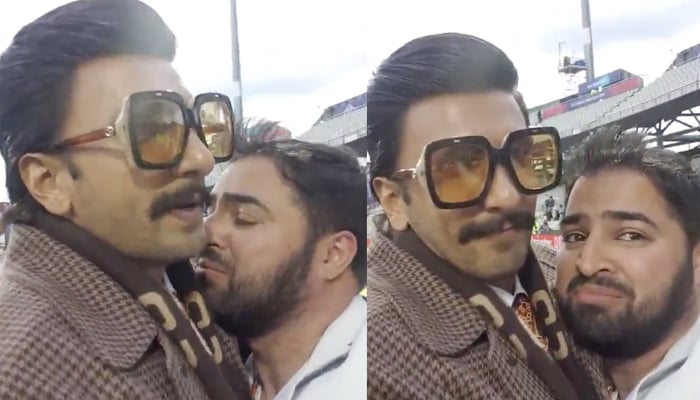 The Pakistani fan named Aatif Nawaz, a comedian based in London, posted the video on his Twitter where Ranveer can be seen consoling him: “Put it there man, put it there,” as he hugs him.

Why Pakistan lost to India, even before the World Cup started?

“There’s always next time! Don’t be disheartened,” he tells Aatif while he admires the Pakistani team. “Played well. Boys are committed, dedicated, professions and they’ll be back,” he said for the green shirts. And in response Pakistani fan seems happy and can’t stop thanking him enough.