Infotainment
By EurAsian Times Desk
May 8, 2019

Pakistan is looking at every opportunity to de-freeze relations with India and this time Islamabad has offered to supply Rooh Afza drink to India. After a shortage in the staple iftar drink Rooh Afza in India, the beverage producer in Pakistan has offered to fill the gap. 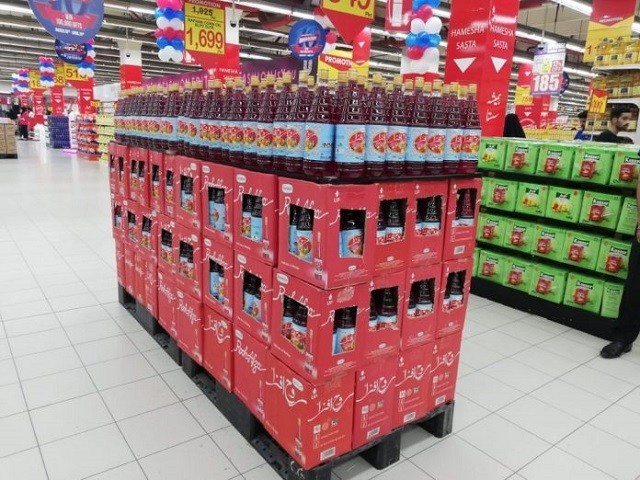 According to a story published in Indian publication The Print, the sherbet has been off the market in India for the last four to five months. Officially, India’s Hamdard Laboratories says that a lack of raw material is behind the shortfall.

The report; however, citing sources, claimed that a dispute among the owners was the reason for the shortage.

Pakistan to the Rescue

Hamdard Laboratories Waqf Pakistan has offered to supply the drink to India through the Wagah border in view of the shortage.

“We can supply RoohAfza and RoohAfzaGO to India during this Ramzan. We can easily send trucks through Wahga (sic) border if permitted by Indian Government,” tweeted Usama Qureshi, MD and CEO of Pakistani Hamdard.

Brother @DilliDurAst, we can supply #RoohAfza and #RoohAfzaGO to India during this Ramzan. We can easily send trucks through Wahga border if permitted by Indian Government.

The two Hamdards have common ancestry — the original was founded by Hakeem Hafiz Abdul Majeed in old Delhi in the early 1900s, while the one in Pakistan was founded by his son Hakeem Mohammed Said, who migrated after Partition, in 1948.