Russian Cosmonaut Training Center plans to deploy a new-generation Russian anthropomorphic robot Teledroid to the International Space Station (ISS) on an experimental basis in 2024, a spokesperson for the Center told Sputnik.

While robots cannot completely replace humans in space, they are fully capable of performing certain activities, including collecting soil and working with a drill, the Center said.

In addition, robots can be well managed from Earth while they are on the Moon, in an environment where humans are yet unable to remain for a long time, the spokesperson explained on the sidelines of the International Astronautical Congress, held in Dubai from October 25-29.

“Therefore, a command was given to completely upgrade the existing robot model, and the new robot with improved functions will fly into orbit tentatively in 2024,” he said.

The Congress was the first foreign event where the Cosmonaut Training Center presented the equipment to prepare astronauts to control an anthropomorphic robot.

“This equipment looks like an exoskeleton and copies the turns of all joints due to angular position sensors. The robot is very difficult to control, it requires numerous training, and astronauts do it the best because they strictly do what they are told,” the spokesperson said. 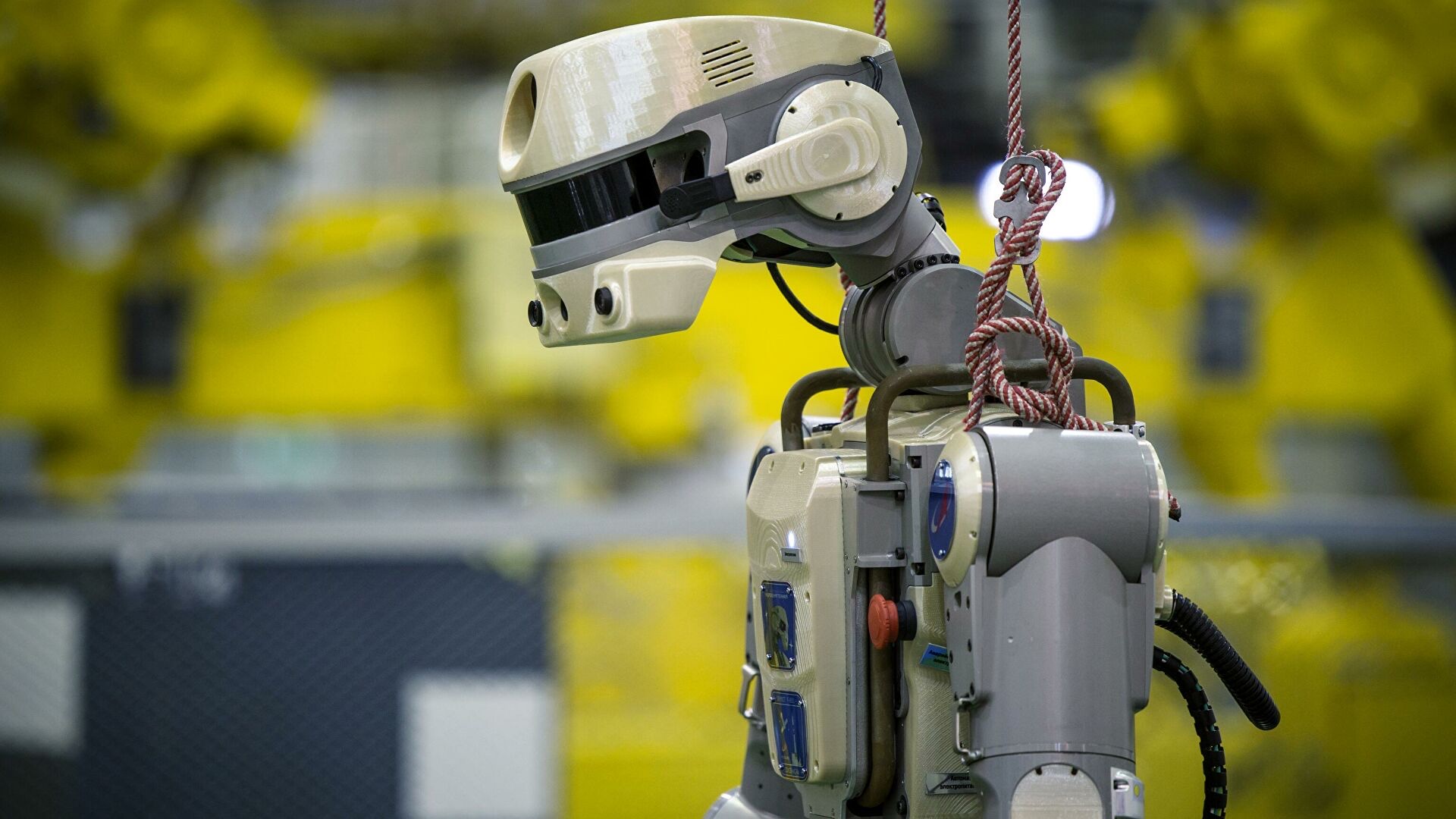 Unlike Russian specialists, their US counterparts take another approach in creating space robots, as they seek to make it fully automated. Time will tell whose experiment is more successful, the spokesperson added.

The development of Teledroid as an anthropomorphic robot, which is set to work on the ISS surface, began in March of this year. It is planned to be placed on a remote manipulator arm that will transport the robot to ISS modules. Teledroid will repeat movements of the operator and will also be capable of performing some actions in standalone mode.