US Super-Carrier Annihilator: Russia Test-Fires One Of The Fastest Anti-Ship Missiles On The Planet – The Zircon

The Russian Navy has again shown its latest hypersonic anti-ship missile Zircon (also spelled Tsirkon) in a test-fire from the Northern Fleet’s Admiral Gorshkov frigate in the White Sea, the Russian defense ministry announced on Thursday.

The missile traveled about 450 kilometers before successfully hitting its target in the Barents Sea. The missile’s test was carried out as part of the trials of new weapons, and several other systems were tested as well including a new air defense missile system.

The hypersonic missile achieved a speed of ‘over Mach 8’, the ministry reported. “According to the recording data, the Tsirkon hypersonic anti-ship missile successfully struck a sea target at a distance of 450 km. In its flight, the missile developed a speed of over Mach 8,” it said. 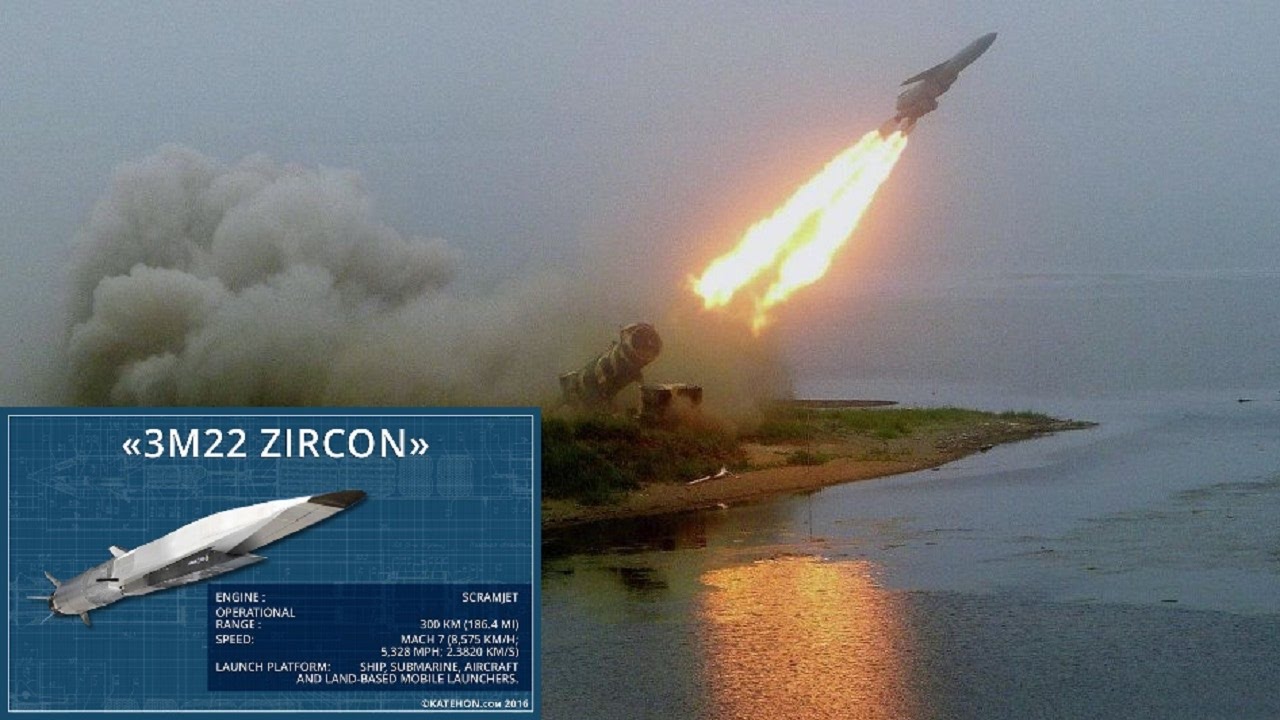 The Admiral Gorshkov also test-fired the Zircon early in October, marking the 68th Birthday of President Vladimir Putin. Similar to this test, the missile was fired from the frigate in the White Sea and successfully struck the target at the Barents Sea, covering a distance of 450 kilometers and reaching an altitude of 28 kilometers. The missile’s total flight time was reported to be four and a half minutes.

The Zircon is currently one of the only few hypersonic surface-to-surface cruise missiles in production, and the only one to be in the final stages of formal induction.

Primarily designed as an anti-ship missile, it can achieve speeds of Mach 8 or 9800 kilometers per hour. The missile carries a 300-400 kg warhead and is powered by a scramjet engine.

Being a hypersonic vehicle, the missile would be virtually immune to any existing air defense system and can be launched from surface-based platforms, mainly ships and submarines. Its land-based variant is stated to be in the development stages.

It was tested for the first time via the same Admiral Gorshkov frigate in January earlier this year from the Barents Sea when it successfully hit a ground target in excess of 500 kilometers in Northern Urals.

According to some analysts, the Zircon could prove to be a vital step in learning the know-how to develop the hypersonic BrahMos-II missile, which would equip the Indian and Russian Navies in the future.

Previous articleSeaplanes Set To Make A Comeback As China Threatens The US With Its Amphibious ‘Fish Dragon’
Next articleBrahMos Goes Global; After Indonesia, Brazil Could Arm Its Saab Gripen Jets With The ‘Lethal’ Missile