Russia’s new single-engine fifth-generation stealth fighter jet Checkmate will be presented abroad for the first time at the 2021 Dubai Airshow, running from November 14-18, a source in the Russian aircraft industry said on Tuesday.

“Checkmate sparked great interest abroad, and the UAE is an excellent platform for presenting the aircraft to a wide range of potential partners. It is planned to hold a number of closed presentations for delegations participating in the salon, as well as an open presentation for visitors and media representatives,” the source told reporters.

Checkmate was first unveiled at the MAKS-2021 international air show in the Moscow region, where it was presented as a functional model. Checkmate will be assembled at an aircraft plant in Russia’s Komsomolsk-on-Amur. 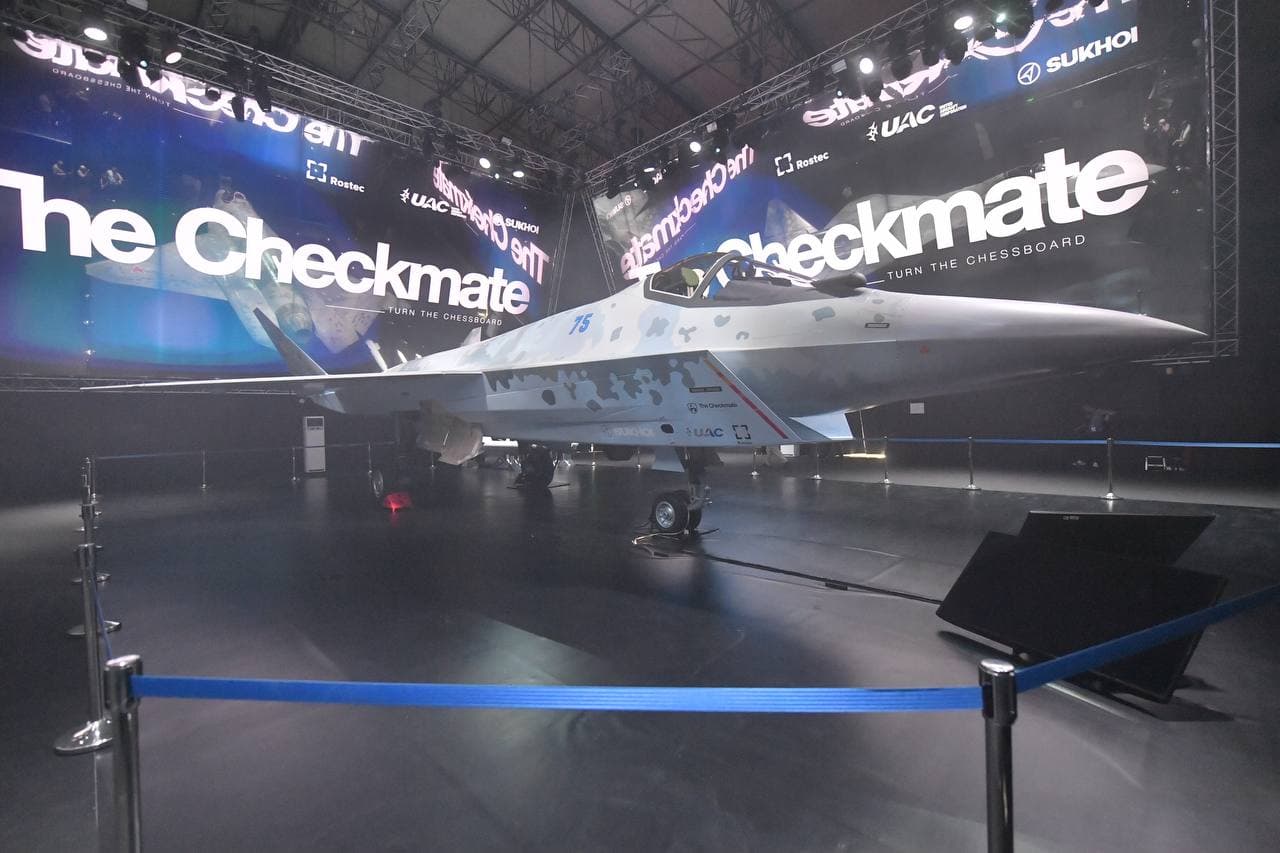 Missiles would be located in internal weapons bays like the Su-57, with external points also available since it is not a pure stealth aircraft. UAC chief Yuri Slyusar also said the fighter plane has modular modification potential and could be transformed into a twin-seat role.

This clearly means that CheckMate has a clear export target and aims to compete especially with the Swedish Saab Gripen and the US’ F-35. Experts have emphasized that CheckMate could find buyers in the UAE, Vietnam, and India.

The CheckMate is expected to undergo comprehensive trials with the first flight expected to be in 2023 and serial production in 2026. However, likely obstacles include the under development Izdeliye 30 engines, that are yet to enter series production.

If engine issues do not get solved, Russia could continue using AL-31FP engines that also power China’s J-20 stealth jets. The fact that the plane has a complete ‘open architecture’ to allow customers to install Russian, domestic and foreign systems shows the clear export-oriented goal of the fighters.

The manufacturer Sukhoi said that CheckMate’s economical pricing is due to AI-assisted production methods and recycled technologies used in the development of the Su-35S and Su-57, National Interest claimed.

The US’ F-35A used by the  US Air Force has dropped to below $80 million, the B (short take-off and vertical landing) and C (used by Navy) variants still cost more than $115 million per jet.

Experts believe the reported price of CheckMate could be the base price, before customer-specific weapons/configurations, modifications, and conversions are factored in.