Russian Army Receive ‘Terrifying Terminators Tanks’ That Can Fight Enemies, Terrorists By Its Own

The Russian Ministry of Defense announced that its military had received the first batch of Terminator tank support fighting vehicle for testing on Wednesday (December 02).

While being previously neglected by the defense ministry, the combat vehicles are reported to have proved its effectiveness during the country’s combat operations in Syria. 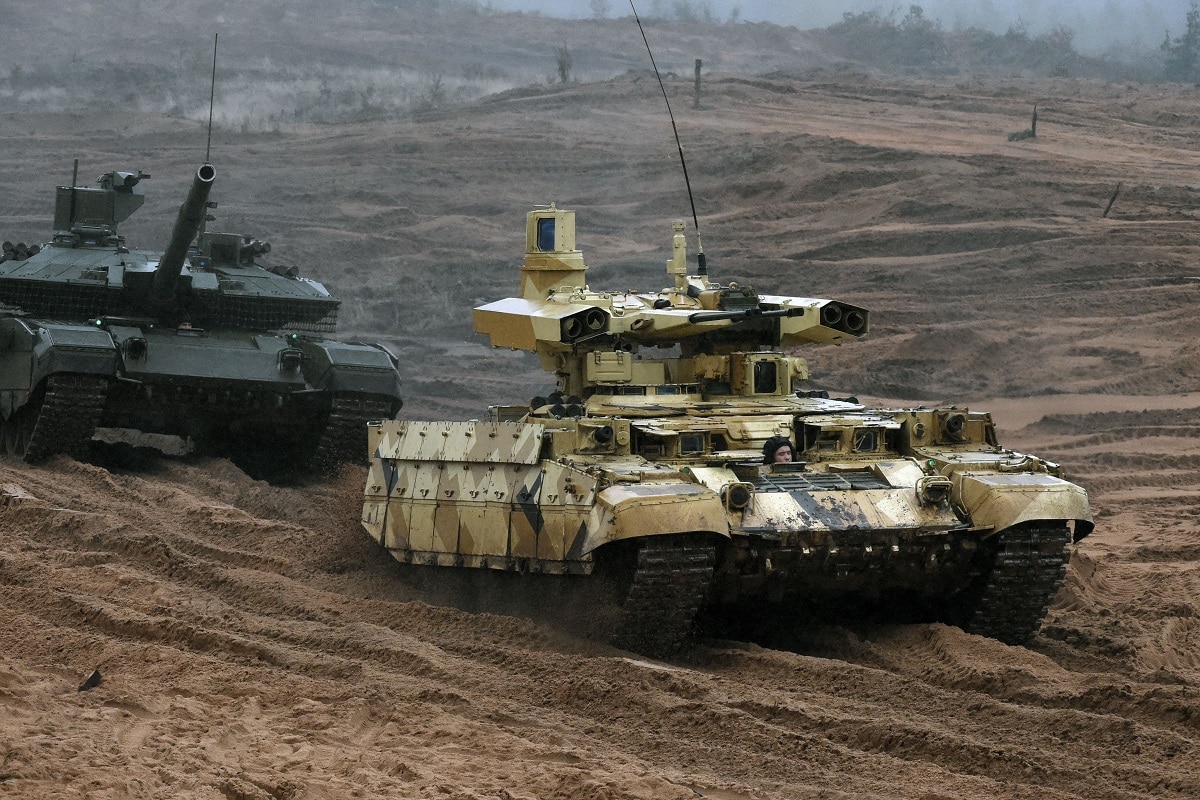 The vehicles had now been officially handed over to the 90th Tank Division in the Chelyabinsk region of the Urals. The vehicles were seen on Russia’s state television in the region on Wednesday.

Colonel Andrey Sigarev, the deputy commander of the tank division, while speaking to Channel One television, said – “The uniqueness of this car is its ability to follow three targets at once with all of its weaponry systems,”

The new combat vehicles will begin field training with the Russian military after going through decades of development.

Armed with two 30mm guns, a large-caliber machine-gun, and the anti-tank system, the Terminator is equipped with the supersonic anti-tank missile system Ataka which has a range of striking targets up to six kilometers.

According to Victor Litovkin, a retired military colonel and senior military analyst for the Russian government’s news agency Tass,

“The Terminator has proved itself a ‘universal soldier’ who can independently fight terrorists armed with small arms, grenade launchers and [anti-tank guided missiles], as well as resist tank platoons equipped with UAVs,”

“(Its battlefield experience the vehicle) dispelled the doubts of generals about its adoption by the Russian Army and increased its export potential,” Litovkin explained.

First introduced in 2002, the combat vehicle is based on the T-90 chassis and can attain speeds of up to 60 kilometers/hour. The vehicle can be operated by a crew of five people.