After India, Pakistan and South Korea, Russia will join the race for the Malaysian fighter jet contract. Dmitry Shugaev, the director of the Russian Federal Service for Military-Technical Cooperation said Moscow will present a multipurpose fighter jet to participate in the Malaysian Air Forces’ tender later this month, according to Sputnik.

“The Russian side is considering the possibility of Rosoboronexport’s [Russia’s state arms exporter] participation with MiG-35 in the Malaysian Air Force tender for the supply of training and light combat aircraft.

Our proposal for participation in this tender is planned to be presented to our Malaysian partners this month,” Shugaev said on the sidelines of the Eastern Economic Forum (EEF) in Vladivostok.

This would put the Russian aircraft in direct competition with India’s Tejas developed by the state-owned Hindustan Aeronautics Limited (HAL).

A major factor that is believed to have given Kuala Lumpur the impetus to release the tender was China sending 16 military aircraft over the South China Sea near Malaysian airspace in June this year. The Chinese aircraft turned back, but not before approaching within 60 nautical miles of Malaysia. 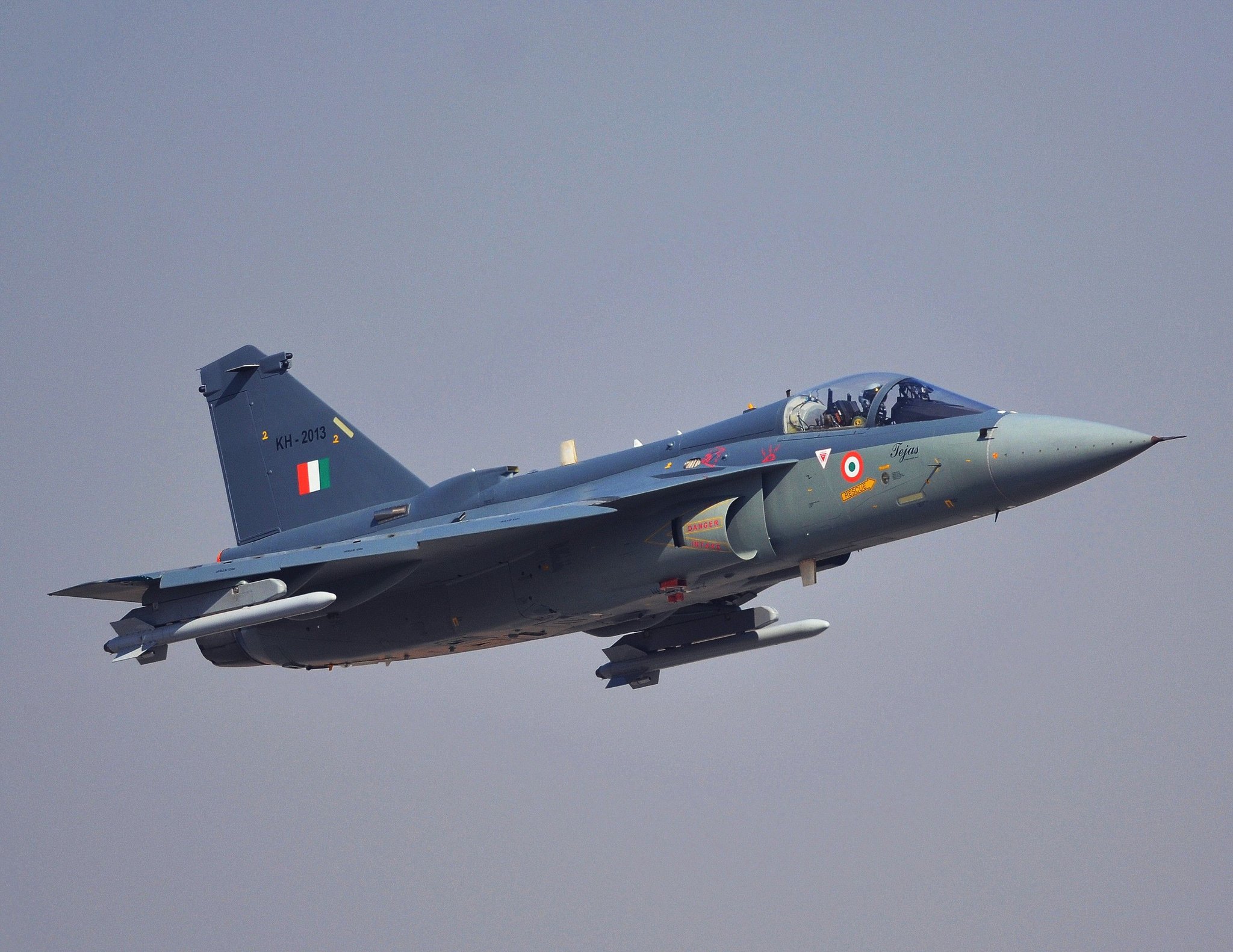 India’s HAL has said it will respond to a Request for Proposal (RFP) from the RMAF in the third week of September. While HAL was preparing this response, a new competitor for the tender, Russia’s MiG-35 announced plans to enter the race.

LCA Tejas’ design has been structured to meet the demands of modern combat scenarios. The emphasis is on speed, acceleration, maneuverability, and agility. The aircraft boasts features such as short takeoff and landing, safety, excellent flight performance, reliability, and maintainability.

It also comes equipped with modern design concepts like a digital fly-by-wire flight control system, static instability, and integrated avionics. A multi-mode radar and microprocessor-based utility are added feathers in the cap.

On the other hand, the MiG-35, an export version of the MiG-29M OVT (Fulcrum F), is an extremely maneuverable & powerful single-seat air superiority fighter. It is viewed as a “transitional generation 4++” warplane.

These kinds of aircraft are expected to have a long service life. It embodies engineering solutions typical of a fifth-generation fighter, the fighters’ designers believe.

Pilot interaction with the complex avionics systems is simplified through a multifunction keyboard, and function and sensor selection panels.

In comparison, the MiG-35 has a built-in state-of-the-art optoelectronic system that provides an automatic overall defense to the fighter. This system allows the aircraft to detect ground targets and engage them with high-precision weapons.

The aircraft is fitted with extremely powerful RD-33MK engines that have a service life of 40 years, with a total flying time of 6000 hours.

These features put the fighter extremely close to a fifth-generation aircraft. Plus, the jet is adaptable enough to be equipped with thrust vectoring engines at the customer’s request. This further enhances the fighter’s already high maneuverability.

HAL’s fighter has advanced electronic warfare (EW) suite that enhances aircraft survivability during combat and deep penetration. Secure and jam-resistant communication systems and air-to-air/air-to-ground data links are provided as a part of the avionics.

It also offers great flexibility in the choice of weapons it can carry due to the seven weapon stations [plus a centerline hardpoint] it provides. Provision of drop tanks and inflight refueling probe ensures extended range and flight endurance of demanding missions.

For the MiG-35, the airframe, the propulsion unit, and airborne equipment are manufactured using advanced technologies. It flaunts its convertible two-man cockpit feature that allows the fighter jet to be easily transformed from a twin-seat to a single-seat aircraft with an additional fuel tank.

The aircraft comes equipped with an in-flight refueling system and, in a first for a lightweight aircraft, it features active phased array radar. This significantly enhances the range of possible combat missions and enhances the jet’s operational capabilities.

Moreover, the MiG-35 is designed to be low-risk and inexpensive, especially for foreign customers. On the price front, the cost of this Russian fighter, $30 million apiece, beats the HAL LCA Tejas, which is valued at $43 million per jet right now.