The advert, which was made by the Trump Make America Great Again Committee, features contours of three soldiers walking as a fighter jet flies over them. The advert first appeared on Sept. 8 and ran until Sept. 12.

Support our Troops while Russian MiG-29 fighter jets fly over their heads! pic.twitter.com/BfenJ7v2vJ 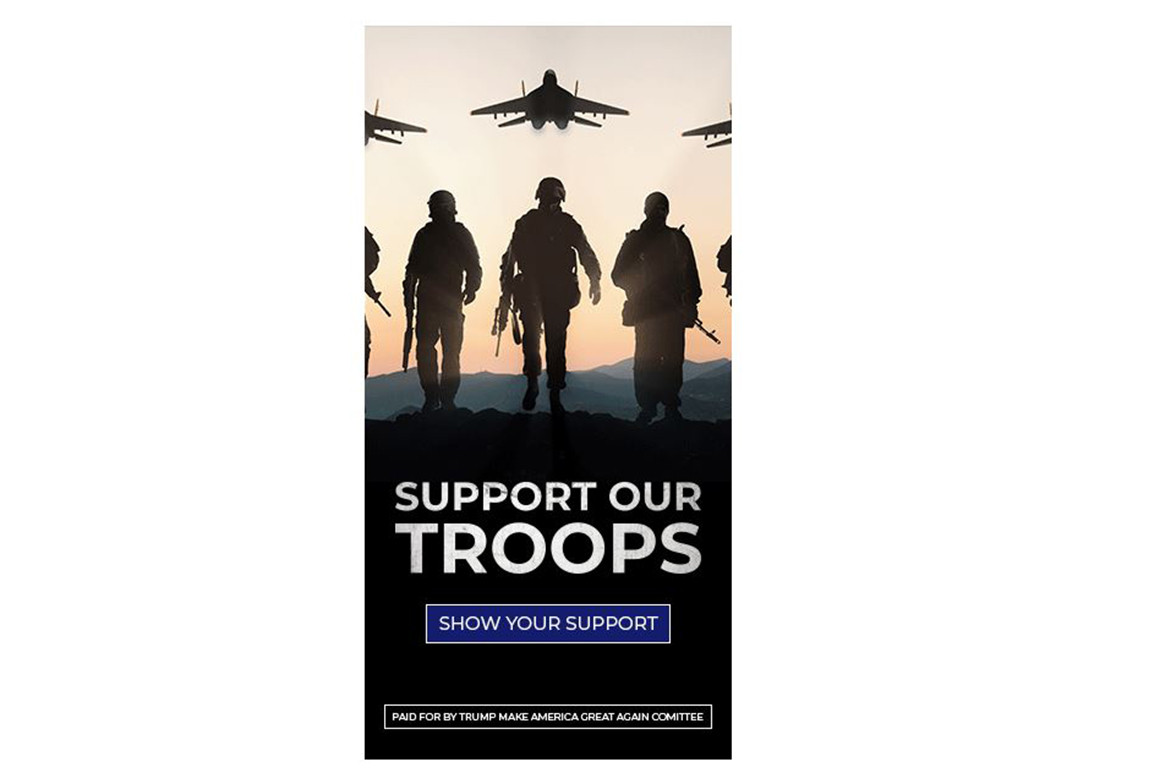 Ruslan Pukhov, director of the Moscow Center for Analysis of Strategies and Technologies, confirmed that the jets are MiG-29s, adding that one of the soldiers in the photo is carrying the icononic AK-47 assault rifle.

The advert, produced by Trump Make America Great Again Committee, uses a stock photo from Shutterstock, where it was uploaded by an Andorra-based user, Politico repported. The image’s creator, Arthur Zakirov, later told Politico that his creation shows a 3D model of a MiG-29 and that the soldiers were Russian models.