The Roscosmos State Corporation for Space Activities announced this on Monday. The Angara-A5 rocket carrying a mock payload was launched at 7:55 AM EST, from the Plesetsk Cosmodrome spaceport, located 800 kilometers north of Moscow. 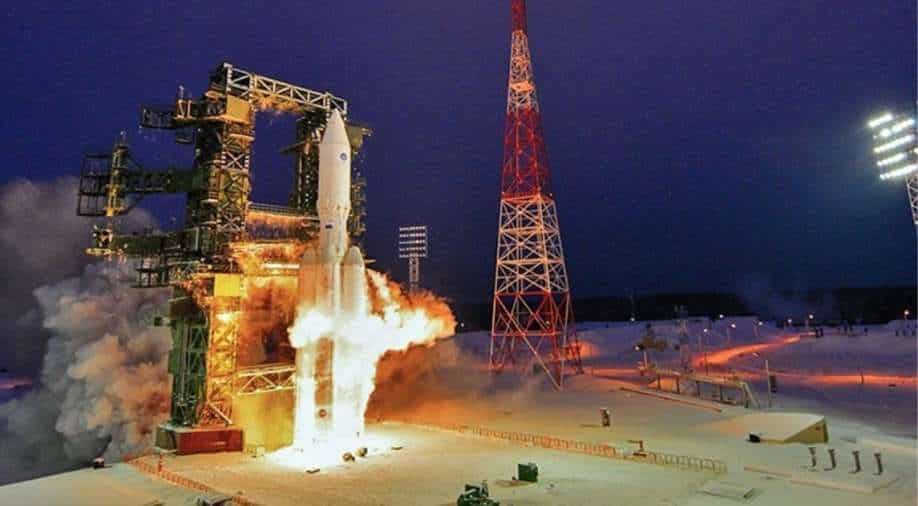 After a period of 12 minutes and 28 seconds into its mission, the cargo mockup separated from the third stage of the carrier.  Roscosmos said in a statement,

“The orbital block consisting of the Breeze-M upper stage and the spacecraft’s cargo mockup separated from the third stage of the carrier.”

Head of the Samara-based Roscosmos, Dmitry Rogozin, expressed his joy by tweeting, “She flies, damn it!”

Named after a major Siberian river flowing out of Lake Baikal, the Angara rocket family is developed by the Moscow-based Khrunichev State Research and Production Space Center. The new rocket class has been specially designed to replace the Proton rockets of the Soviet Era.

Intended to replace a number of Russia’s existing launch vehicles, the Angara rockets are capable of putting payloads weighing between 3,800 and 24,500 kg into low Earth orbit.

Dating back to the 1960s, the older rockets have experienced several embarrassing failures, after which a need for their successor remained vital for the country.

As compared to the earlier models, the heavy-lift Angara rocket has been touted to be more eco-friendly by the officials. Instead of using the colossally toxic heptyl, the rocket makes use of oxygen and kerosene for fuel.

“(It does not use) aggressive and toxic propellants, significantly increasing environmental safety both in the areas adjacent to the launch complex and in the drop zones,” said Roscosmos.

The new rocket is an integral part of Russian President Vladimir Putin’s efforts of reviving the country’s space industry and reducing the reliance on the Soviet-era technology.

The second launch was rescheduled several times since the launch of the Angara A5 heavy-lift launch vehicle and its smaller version, Angara 1.2, in 2014.

The Russian space program carved a name for itself by sending the first man into space in 1961, at the back of launching the first satellite, Sputnik 1, into orbit four years before that.

However, following the dissolution of the Soviet Union, Russia faced a number of problems. Apart from losing out expensive spacecraft and satellites in recent years, the nation has been plagued by corruption scandals.

The launch of the Angara family might be an attempt to fix these problems as the nation looks to outsmart its old space rival, the United States.