The fighter-bombers were from an aviation division of the Central Military District in the Chelyabinsk region. Reportedly, the planes are highly capable and are considered 4++ generation multirole fighters- and this was their first time carrying out drills at such an altitude.

“During the training flights, Sukhoi Su-34 crews carried out climbs to altitudes of about 15 kilometers, into the lower stratosphere. Upon achieving supersonic speeds, they practised interception and elimination of a hypothetical enemy. The crew operated totally on their own, without contacting air defence stations on the ground, which made the task more complex,” the press release read. 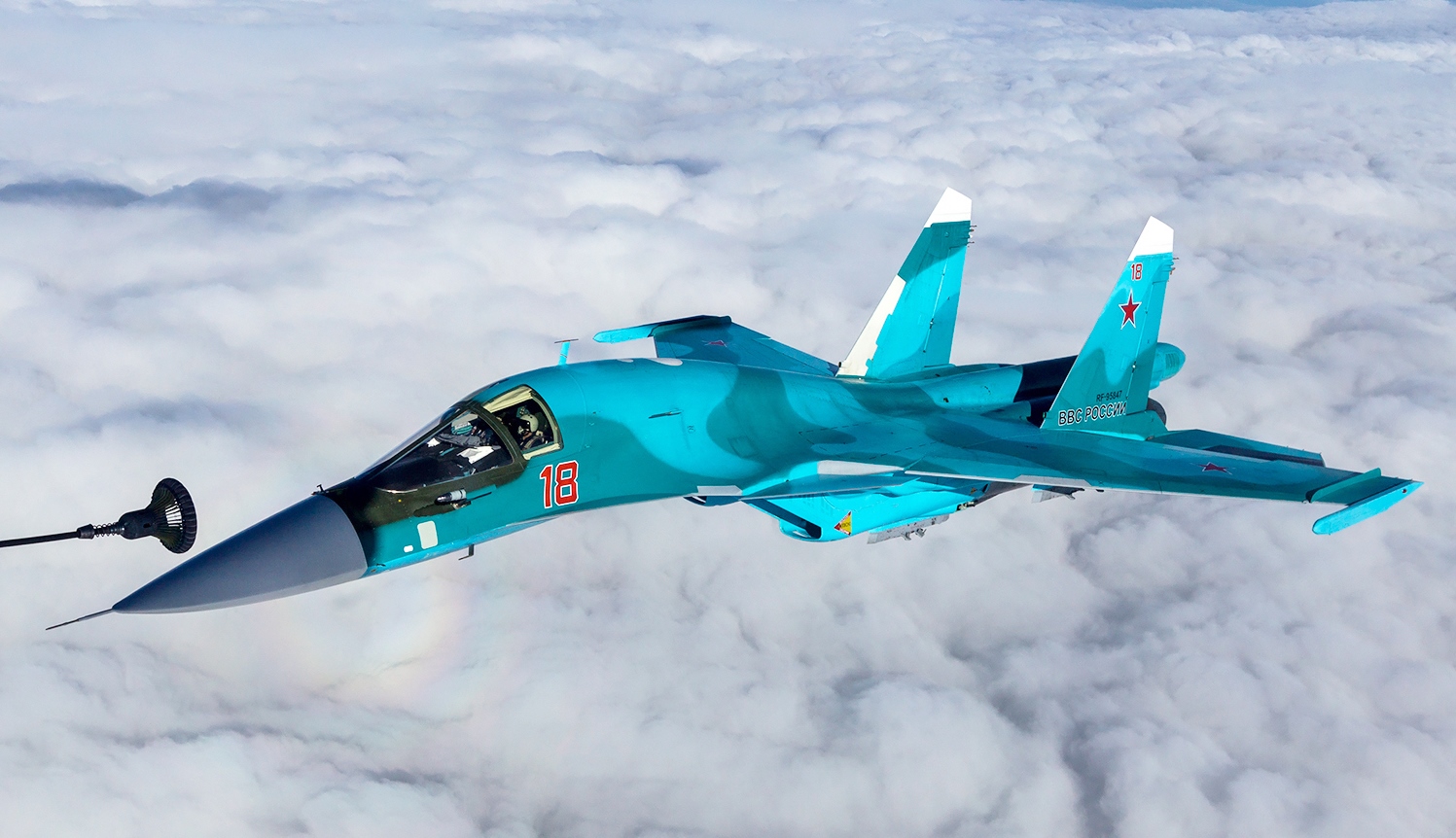 According to reports, an air regiment of the Central Military District completed an overhaul program to procure these upgraded Su-34s, of which the last three were deployed to the Chelyabinsk region, completing the formation of the second squadron of Su-34s.

Such exercises performed at such height are considered vital and following the Soviet doctrine of supersonic high-altitude fighter-interceptors, the legacy of which is the MiG-25 Foxbat and MiG-31 Foxhound planes.

Unique in its operational roles and strike capabilities, this is yet another Russian derivative of the Su-27 Flanker family, carrying a NATO designation of “Fullback”. The plane is twin-seater, however, it is uniquely different as these seats are side-by-side horizontally aligned instead of vertically aligned to the fuselage.

Meet The Russian Fighter Jet That Can Out-Do The F-22 Raptors, F-35s Even After 60 Years

The Su-34 “Fullback” is designed primarily for tactical deployment against ground and naval targets, providing support to the ground troops and has been used y the Russian military in its military campaigns in Syria.

It can also carry out air interdiction roles, and the aircraft entered military service only recently in 2014. Recently in August, the Russian Defense Ministry had ordered additional 24 units of Su-34s.

According to experts, the plane’s design incorporates features from the Su-27, the Su-30MKI, Su-33, and the Su-35, making it a highly capable air combat fighter along with tactical bombing roles. In Syria, it was reported that Su-34s had intercepted Israeli F-16s, forcing them to abandon their mission and turn back.