Viktor Kladov, Rostec’s Director for International Cooperation and Regional Policy, told Russian news agency TASS that the growing interest from clients is because of the unique features of the Su-57E stealth fighter.

“If we speak about the Su-57E, this aircraft evokes high interest in many countries because it features unique combat properties and flight characteristics. We see that there is the need for next-generation aircraft and there are both a market niche and pre-requisites for the delivery of this plane,” said Kladov.

A full-size model of the Su-57E fighter is on display at the Aero India 2021 being held in southern India city of Bengaluru from February 3 to 5, he said.

Russia itself has lined up more than 200 weapon systems at the aerospace show, which include the Su-35, MiG-35 fighters, and the latest Bumerang armored platform.

Developed by Moscow-headquartered aerospace company, Sukhoi, the single-seat, twin-engine Su-57 multirole aircraft has been designed to destroy all types of air, ground, and naval targets.

Su-57 is considered the most advanced fighter made to date in Russia, and possesses supercruise, supermaneuverability, along with advanced avionics to surpass the capabilities of the prior generation fighters.

The Su-57 fighter jet features stealth technology with the broad use of composite materials, which enables it to evade detection on enemy radars.

The fighter is capable of developing supersonic cruising speed and is furnished with the most advanced onboard radio-electronic equipment.

It includes a powerful onboard computer (the so-called electronic second pilot), the radar system spread across its body and some other innovations, in particular, armament placed inside its fuselage.

The fighter, whose maiden flight took place around 11 years ago, has been successfully tested in combat conditions in Syria.

Most importantly, the fighter jet’s armament will be boosted by the inclusion of hypersonic missiles, as revealed by a Russian military source in December last year. The source confirmed that the country’s first batch of fifth-generation Sukhoi Su-57 stealth fighter jets will be used for testing hypersonic air-launched weapons.

Hypersonic weapons, which mainly consist of hypersonic cruise missiles and hypersonic glide vehicles, have the ability to travel five or more times faster than the speed of sound.

Another military source from Russia’s defense-industrial complex had earlier said that the Su-57 will carry out testing of these weapons at the flight test center in Akhtubinsk town.

“The first serially produced Su-57 was delivered to the Akhtubinsk center at the end of November. It will be used for testing the newest air-launched hypersonic means of attack,” said the source.

According to reports, JSC Tactical Missiles Corporation, Russia’s major weapon manufacturer, which is headquartered in Korolyov, is developing a number of fundamentally new air-launched attack weapons. 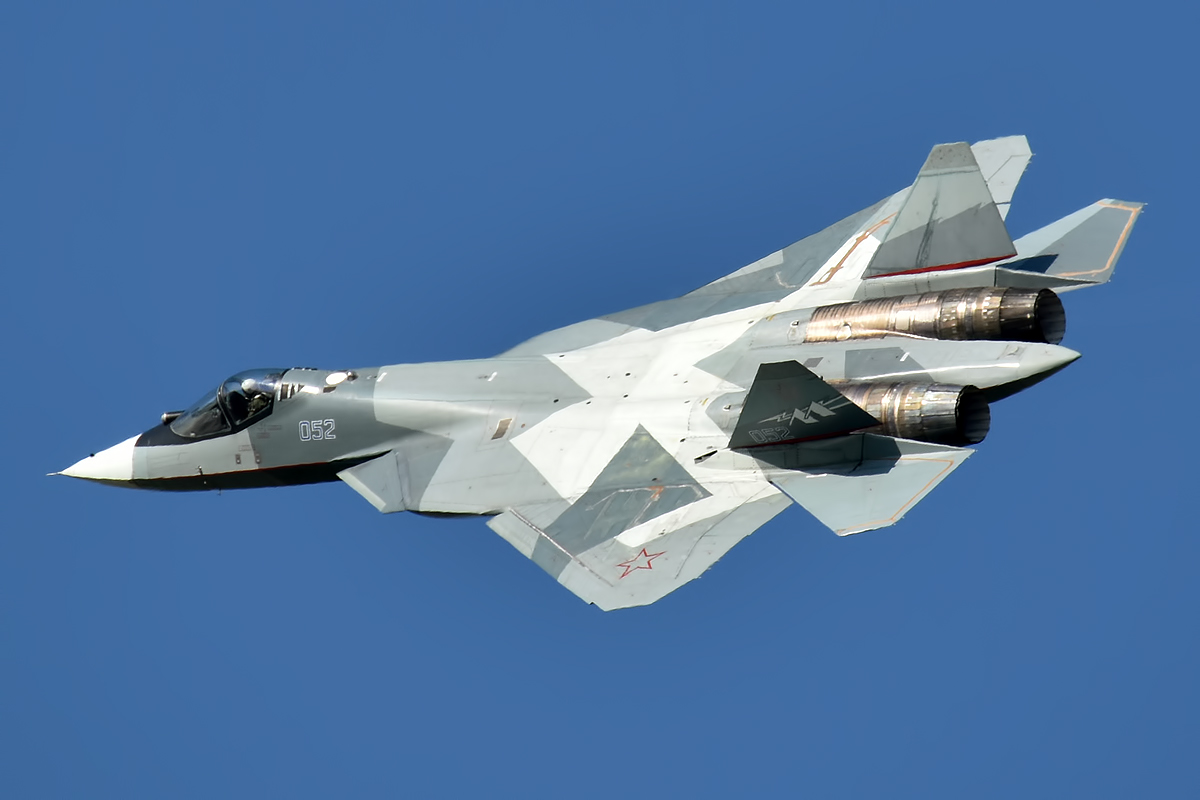 This will significantly boost the combat capability of the stealthy Su-57 fighters, which are often compared with the US fifth-generation stealth fighters — F-35 Lightning II and F-22 Raptor.

In December, Russian Defense Minister Sergei Shoigu, speaking at the Defense Ministry’s board meeting, had said that around 22 Su-57 jets would be provided for the Russian armed forces by the end of 2024.

A total of 76 Su-57 fighters are supposed to be supplied by the end of 2028, according to a contract signed last year. Moreover, the fighters will be equipped with second-stage engines starting from the year 2022.