Reports coming from Ukraine claim that Russia has lost over 800 tanks, 170 aircraft, and 20,000 troops so far. As the ‘special military operation’ enters Its third month, Russian troops are now exploring new means of camouflaging their hardware to curb losses.

Russian forces are employing a camouflage that decreases the visibility of combat vehicles in the infrared and radar spectra, an informed source told Sputnik News Agency.

“This camouflage is a synthetic material that is placed on top of the equipment in the form of cases or covers. The material decreased the level of thermal radiation, for instance, of a tank by several times, so that it almost merges the background surface. In the radar range the distance of vehicle detection drops substantially,” the source said.

This is primarily intended to lower the visibility of equipment by rival drones and reconnaissance aircraft, the source noted, adding that the coating can also be dyed in camouflage colors, making vehicles less conspicuous in the optical range.

“Within the scope of the special operation [in Ukraine], various kinds of such camouflage are used on the Iskander operational-tactical missile systems, as well as on the latest T-90M Proryv tanks,” the source added. 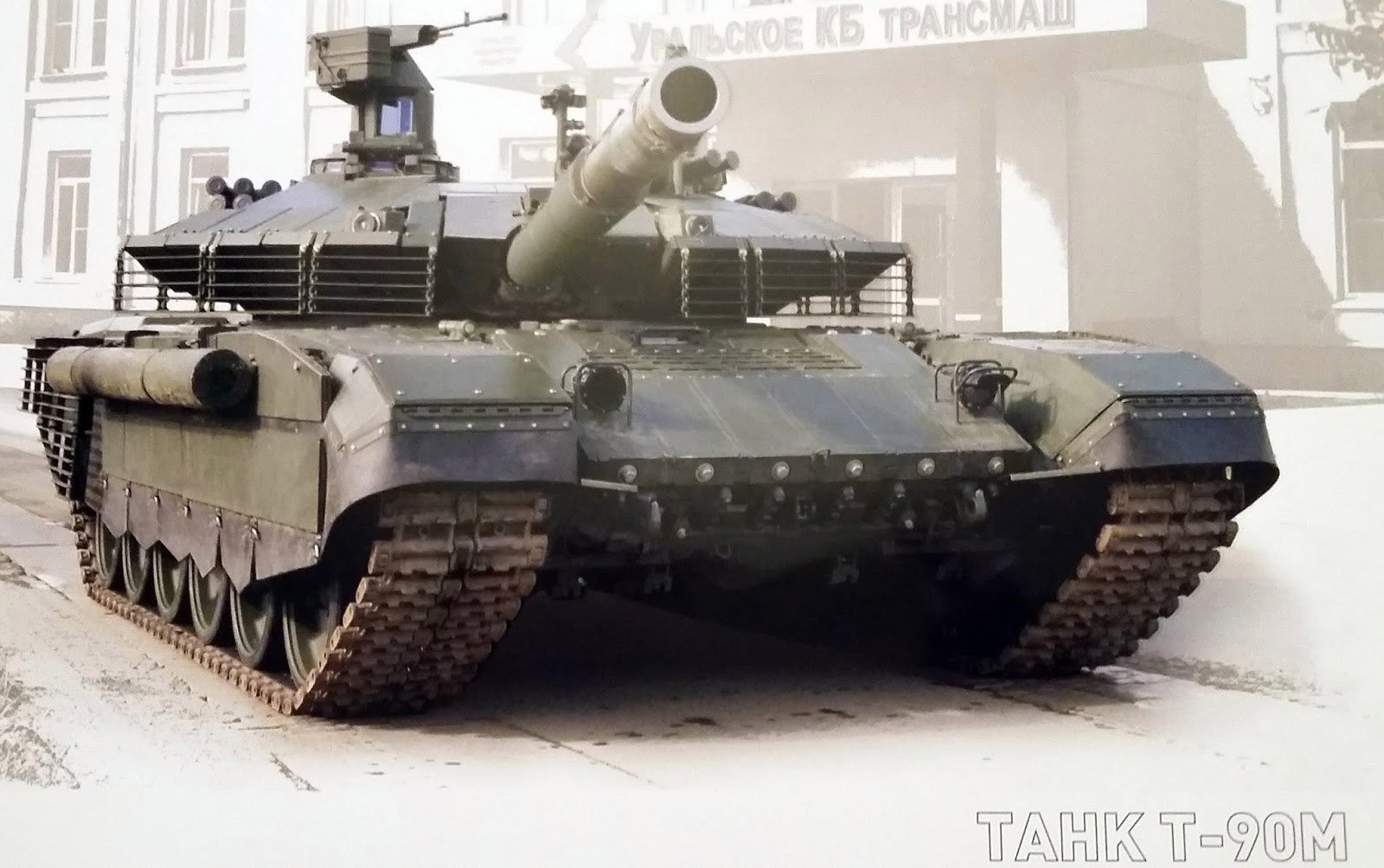 Last week, the Russian News Agency had shared the footage of Russian Iskander missile launchers near the border with Ukraine. The launchers were seen to be pointed towards the Kharkiv region in the Eastern Ukraine territory. The report about the launchers deployed close to the border was also corroborated by the General Staff of Ukraine’s Armed Forces.

The attacks have intensified in recent days ahead of the Victory Day of Russia next month when President Putin would ideally want to declare the invasion a huge success.

However, the widespread deployment and use of reconnaissance and kamikaze drones have come as a headache for the invading troops. In the face of these difficulties, camouflaging becomes an indispensable armor for the military.

The Russian military has been trying its hands on different methods of camouflage to evade the enemy’s eye.

The Turkish TB2 Bayraktar drones, Ukraine’s home-grown armed UAVs, and the kamikaze-style drones that it has received as aid from other countries have carried out several strikes on Russian convoys and equipment, thus, necessitating a more sophisticated camouflaging.

The ground-based equipment is especially vulnerable to attack due to limited counter-measures.

Earlier, reports had indicated that the Russian troops were using carpets, saplings, and hay to cover their armored vehicles which were interpreted as a sign that the troops weren’t equipped with effective camouflage, The Washington Post had reported.

In what could be a very modern and sophisticated camouflage available to the Russian troops now, the Iskander missile launchers have been equipped with camouflage devices that may minimize the amount of heat radiated by an item and change the form and size of its visual or radar signature, according to reports.

These systems are said to provide stealth in the optical, near-infrared, thermal infrared, and broadband radar wavebands, dimming sensors, obfuscating targeting, and tricking smart munitions, providing them a tactical and operational edge.

The Russian troops have been using this type of camouflage to make it difficult for Ukrainian reconnaissance drones to “discover” it as the Bayraktar TB2 drones are usually able to see the target at a distance of 50 km.

The Turkish drone also reportedly played a significant role in the attack on the Russian flagship Moskva by Neptune missile.

Last year, RIA Novosti had reported that the Russian Army was aiming to coat its combat vehicles in a color-changing substance that blends in with the surrounding surroundings. It was to be known as ‘Chamaleon’ for its ability to change color and gel with its surrounding.

The camouflage produced by Ruselectronics, according to the Moscow-based news agency, would consist of many small electrochromic coating plates “which allows it to create various visual images that not only copy the color of the surrounding landscape but also its structure.”

The tech, nicknamed ‘Chameleon,’ will be undetectable to 95% of UAVs when fitted to Russia’s military vehicles, the editor-in-chief of Unmanned Aviation Magazine said.#Russia pic.twitter.com/Of8puxuWft

The unnamed source had at the time told the outlet that “the speed of camouflage reaction to changes in the environment is fractions of a second. If, for example, a tank was standing in a field and the coating had a painting of one type, and then it changed its position and found itself against the background of a different type of landscape, then the coating will change the color and structure of camouflage throughout the entire area.”

This is indicative of the importance that the Russian military, like all modern militaries of the world, attach to camouflage for troops and equipment. By using branches and carpets, the Russian troops may have come a long way with their new disguise material given that the reports are authentic.

As more killer drones make their way into the battlefield in Ukraine, any form of camouflage could provide an advantage to the Russian troops reeling under pressure to not just deliver a decisive blow on the resisting force but also simultaneously minimize their losses.