Tanks are one of the major offensive weapons of modern militaries – being enormous in size, fast-moving, heavily equipped capable of causing widespread destruction. However, Russian tanks are having a hard time in Ukraine.

To thwart the missile attacks and protect their tanks and trucks from missiles and gunfire, Russian troops have ‘up-armored’ the tanks with an array of materials that has earned them the reputation of “Artisanal Army” by Ukrainians for their choice of traditional protection gear.

The Russian forces seemed to be adding make-shift metal cages to the tops of their tanks in an apparent attempt to defend against Javelin and other anti-tank missiles.

According to Ukraine-based media Kyiv Independent, Russia has lost about 700 tanks in Ukraine as of 8 April 2022. Data from the Open-source intelligence and figures cited by Oryx, an independent weapon tracker had earlier informed that more than 400 tanks were lost based on open-source data and visuals on the internet. 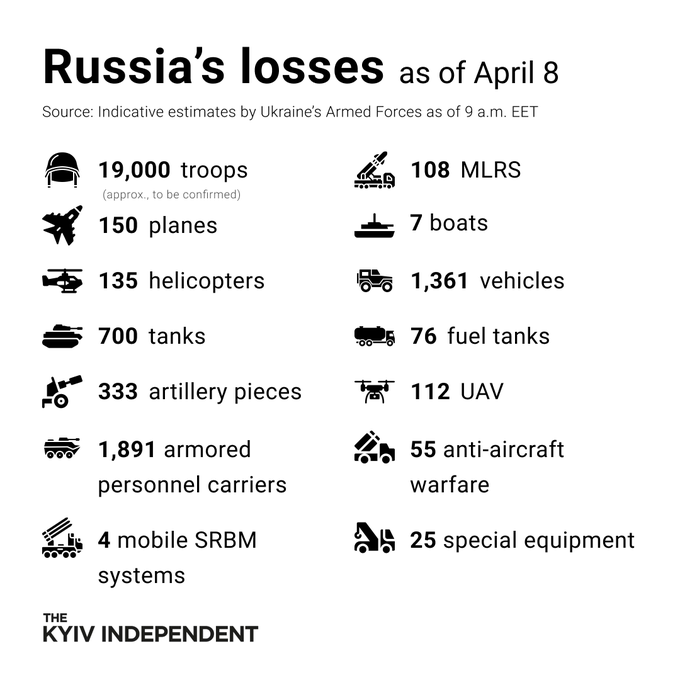 Russia seems to have acknowledged that the lethal and easy-to-use MANPAD and anti-tank guided missiles used by Ukrainian troops put all of the Russian armor in jeopardy, precisely because the MANPADS like Javelins hit the tank vertically from the top, where the tank is at its weakest. Several drone attacks have also added to tank kills in Ukraine.

It was then assumed that the logs were designed to shelter the vehicles’ vulnerable radiators from small arms fire because they were acquired from the same forests that the trucks were passing through.

However, it seems to have graduated from the idea of using wood as a shield, for reasons best known to it. In a fresh development, another KamAZ truck was spotted earlier this month in northern Ukraine with improvised frontal protection in the form of an apparent transmission cover from an MT-LB armored tracked vehicle.

The MT-LB was most likely knocked out or somehow rendered obsolete, allowing the panel to be upcycled in a manner that adds more protection to the tanks on the battlefield. Similar reuse of protection from other armored vehicles has also been reported near Kharkiv, according to Ukrainian sources.

Quite interestingly, the armor added to this destroyed Russian KamAZ truck is the engine hood of an MT-LB APC.

There is also evidence of more advanced armor ‘body kits’ appearing on Russian trucks, once again in the Kharkiv region. This shows that field workshops are now building truck armor based on the vehicle’s real specifications.

These add-ons appear to be made of metal sheets cut to the right shape, with holes for the driver’s view and the vehicle’s headlights.

Generally, body kits protect against small-arms fire, grenades, anti-personnel mines, and RPG missiles. They are usually made of lightweight material so that the vehicle or tank has advanced protection without any restriction to its agility and automotive performance.

However, whether this protective layering could help against heavy missiles like Javelins and NLAWs is pertinent to ask.

Russian tanks with crude ‘cage’ type top-attack protection first appeared well before the invasion, implying a more recent crash program to provide better protection even for larger armor. In any case, it appears that there is an inherent lack of careful preparation.

At the same time, the cage armor, as well as the various truck modifications do not appear to have been particularly effective in combat, whether exposed to armed drones or anti-tank guided missiles, based on recorded losses.

The cages are ineffective against Ukrainian weapons, but because of their extra weight and height, they may pose a threat to Russian tanks, as previously noted by the EurAsian Times.

Lt Colonel (retd) in the Indian Army and military analyst J.S Sodhi explained EurAsian Times the rationale behind a technologically superior army like that of Russia using wooden logs, metal scraps, and cut-outs as armor: “The Javelins, NLAWs, and the TB2s have tandem warheads. Each of these warheads has a cone followed by the slug (explosive). When a warhead hits the tank, the cone creates a hole that enables the slug to enter the tank and then destroy the tank.

Using bamboo screens, wooden logs, and lightweight armor, the cone creates a hole in them and since there is a gap between these screens and the tank, the slug explodes in the air and the tank does not get affected. These measures are proving to be very effective for the Russian tanks to thwart the Ukrainian anti-tank measures.”

These measures have been used by militaries for decades. At the time of World War II, armies had more armor for their tanks for maximum protection- some of these included sandbags, spare tracks, wooden logs, spaced armor, and tank armor. Some of these measures were more effective than the others but almost all of them were used on a wide scale.

Russian tanks haven’t been able to survive the missile attacks from Javelins, NLAWs, and even Stugnas. Many experts have cited the environment in which the tanks are operating as a major issue. Tank columns are usually supposed to operate in open spaces instead of the constrained urban settings that they are currently operating in.

Major General (retd) Raj Mehta says, “Such Adhoc measures may work against Molotov cocktails but certainly not against anti-tank weapons such as the west had or Turkey has mounted on drones.

The wiser thing was for Russia to keep tanks out of urban clusters where their effectiveness is drastically reduced. Tanks are meant for open terrain. As for drones, Russia has the best anti-drone defenses and it is about time they deployed them.”

NATO troops started to deploy a new generation of anti-tank missiles in the 1970s. To preserve its numerically superior tank force, the Soviet Union began developing countermeasures – the active protection system, or APS, was one of the most exemplary systems it came up with.

APS entails encircling a tank with sensors, usually mill metric wave radars, to detect approaching rockets and missiles along the frontal arc of the tank. When an anti-tank round approaches close enough, the APS fires an interceptor rocket to destroy the incoming missile. Active protection systems are smaller, lighter, and less expensive than adding armor to a tank.

Russia had announced in 2017 that the Arena-M active protection system for Russian T-72 and T-90 tanks can defend armored vehicles against US Tube-launched Optically-tracked Wire-guided (TOW) missiles. EurAsian Times could not independently confirm if the system has been integrated into the tanks battling in Ukraine.

According to Philippines-based military analyst Miguel Miranda, “What we are seeing in Ukraine, however, is what I’d like to call a Soviet vintage ground force designed and trained for rapid maneuver and mobile firepower that is completely ill-suited to survive non-line of sight and top attack munitions.

The irony is Russia’s vast armaments industry is a world leader in ‘protection systems’ yet none of this has been adapted for the ground forces’ inventory.

Russia has some of the best explosive reactive armor and detection systems to foil NATO missiles. Yet these solutions inhabit export brochures rather than the army’s vehicles. When it comes to tanks in particular the T-72B1 and T-72B3 as well as the T-80BVM have insufficient protection from top attack missiles. What they need are completely redesigned turrets loaded with countermeasures and not just improvised cage armor.”

While the Russian army may have good reason to use the armor protection of its choice, it demonstrates the Ukrainian troops’ resistance to an invading force that is far superior and technologically advanced.

If the number of tank losses and Russia’s improvised tactics are any indications, Russian tanks may have been subjected to unprecedented fire, which they are probably struggling to control.