Amid Azerbaijan and Armenia sharing blows over a conflict which now enters its 11th day, recent satellite imagery over the Ganja International Airport hints that at least two Turkish Air Force F-16 jets were present in Azerbaijan’s second-largest city.

The images which are dated October 03 are the first hard evidence that Turkish jets were present in Azerbaijan after the clashes ensued between the two countries over the long-disputed Nagorno-Karabakh region.

The satellite imagery of the airport which is located in western Azerbaijan, less than 50 miles north from the disputed region shows a pair of US-made F-16s along with what seems to be a CN-235 light transport aircraft, from Planet Labs. 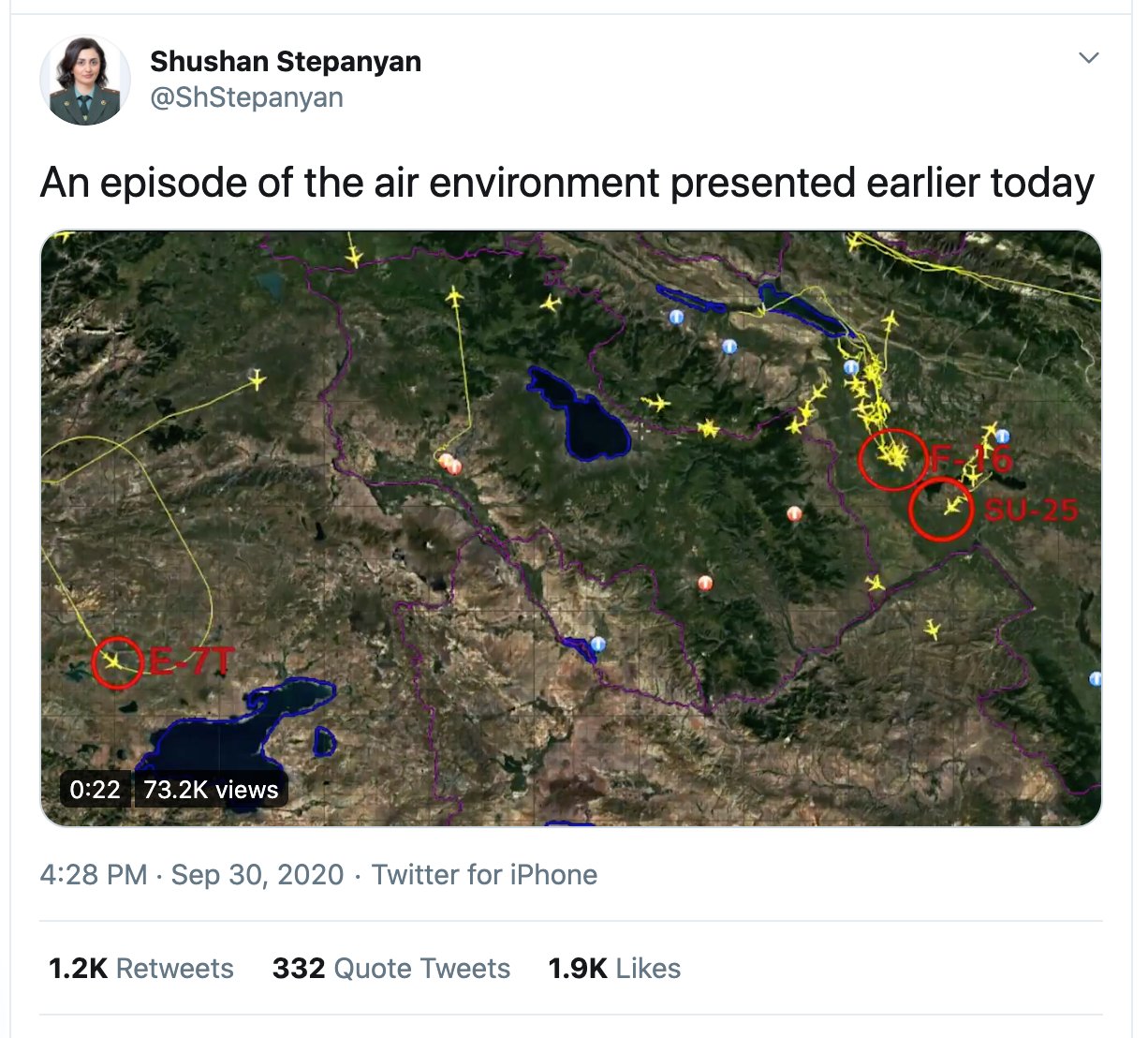 Among the first people to have spotted the jets in the satellite imagery was Christiaan Triebert belonging to the Visual Investigations Team of The New York Times. Through a series of Tweets, Triebert provided a brief initial analysis into the image showcasing Turkey’s role.

He tweeted: “There are at least two F-16s at Ganja International Airport in Azerbaijan, our analysis of an Oct. 3 @planetlabs satellite image shows. The fighter jets are likely operated by the Turkish Air Force, alongside a possible CN-235 cargo aircraft. Here’s a short thread why.”

There are at least two F-16s at Ganja International Airport in Azerbaijan, our analysis of an Oct. 3 @planetlabs satellite image shows. The fighter jets are likely operated by the Turkish Air Force, alongside a possible CN-235 cargo aircraft. Here’s a short thread why. pic.twitter.com/de1XsmXXZr

“The F-16s may signal increased involvement of a bigger power, Turkey, into the renewed fighting between Armenia and Azerbaijan over Nagorno-Karabakh. Turkish-backed Syrian mercenaries are already fighting alongside Azerbaijani troops,” said Triebert in his tweet.

The blurry video of the Syrian mercenaries made it hard to geolocate, but thankfully, the clear video of the Azeri Ministry of Defense showing the same location allowed genius geolocator @obretix to find it near Horadiz in Nagorno-Karabach https://t.co/2Q5yBwIXvT

The region has garnered huge interest for the NYT’s Visual Investigations teams as well as for other news outlets, analysts and experts since the breakout of the conflict on September 27.

Despite the developments, the potential involvement of Turkish F-16 jets were first cited when Press Secretary of the Minister of Defense of Armenia, Shushan Stepanyan claimed that one of these jets flying from that airport had shot down an Armenian Su-25 Frogfoot ground-attack jet.

However, the reports were rubbished by officials from both Turkey and Azerbaijan who stated that no Turkish Vipers were carrying out any combat operations in the region.

Previous article
Is Pakistan Anticipating Another Round Of Duel With The Indian Air Force & Tackling The Rafales?
Next article
Can Trump Afford To Accept Qatar’s “Official Request” For F-35 Jets While Ignoring Israel?