An F-16A fighter of the Taiwan Air Force yesterday disappeared from the radar screen two minutes after taking off from an airbase in Hualien on the east coast of the island on Tuesday. The aircraft is believed to have crashed into the sea.

If confirmed, this will be the second accident in a month involving a US-made aircraft in Taiwan. The latest reports suggest that the F-16 fighter that went missing shortly after takeoff from Hualien Air Force Base the previous evening is now focused on an oil slick.

An F-16 fighter jet, piloted by Colonel Chiang, disappeared from radar screen (spotted at the northeast of Hualien Airbase) at 1807(GMT+8) tonight. #ROCArmedForces and #CGA have dispatched rescue forces to the area to search & rescue the pilot. Let’s pray for him to be safe. pic.twitter.com/S1ddPDasU7

Meanwhile, Taiwan has grounded all its F-16 fighter jets for safety inspections as it continues to search for a plane after it went missing during a training exercise on Tuesday night. The move was announced by Taiwanese President Tsai Ing-wen on Wednesday. 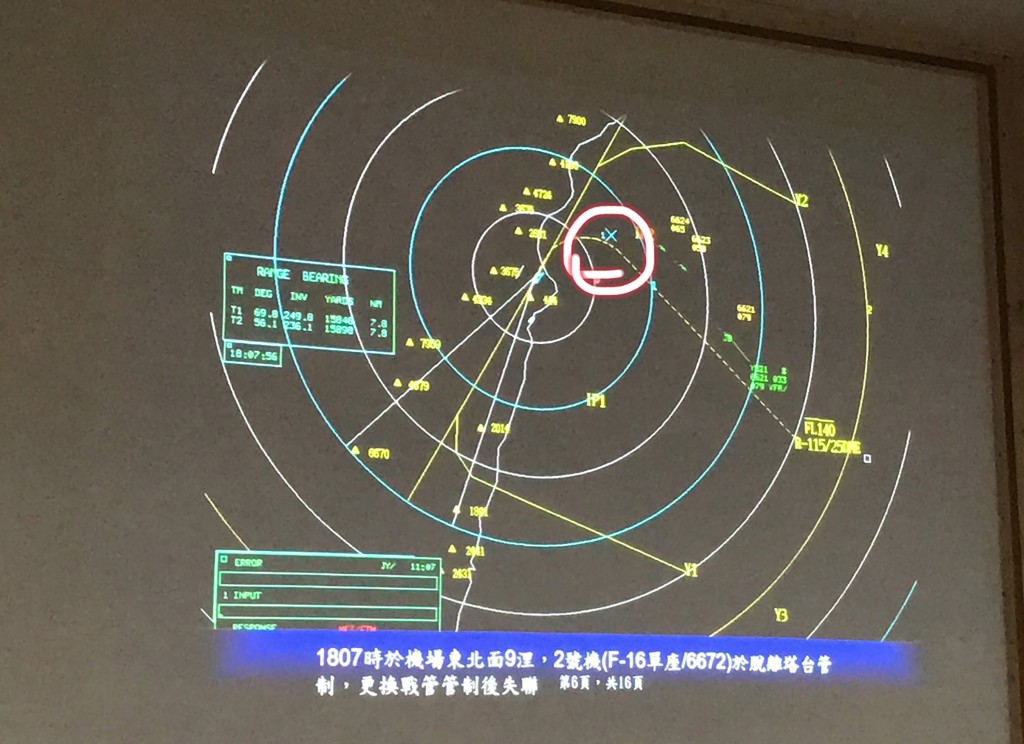 The Taiwan Air Force said a single-seat F-16 flown by a 44-year-old pilot disappeared from radar at an altitude of some 6,000 feet (1,800 meters). “The rescue is our top priority now,” Tsai told reporters.

The grounding of about 150 aircraft is likely to pose a major challenge to Taiwan’s Air Force as the fighter jets played a crucial role in Taiwan’s efforts to deter Chinese aircraft encroaching into its airspace.

While the Taiwan President has asked the island’s Defense Ministry to not relax a bit on combat readiness to ensure national security, the latter had ensured that training missions would continue given the current threat from China.

The ministry said in a statement, “In response to the increasingly severe situation in the Taiwan Strait, the military has continued to strengthen combat readiness training to ensure national security”.

An F-16 fighter jet, piloted by Colonel Chiang, disappeared from radar screen (spotted at the northeast of Hualien Airbase) at 1807(GMT+8) tonight. #ROCArmedForces and #CGA have dispatched rescue forces to the area to search & rescue the pilot. Let’s pray for him to be safe. pic.twitter.com/S1ddPDasU7

Last month, a Taiwanese Air Force pilot died during a routine training mission after ejecting from a malfunctioning F-5E jet, in the fatal air crash.

In July, two crew members of the Taiwan defense force were killed in a helicopter crash during military drills across the island, including one simulating coastal assaults from China.

Fearing the Chinese invasion, Taiwan’s Defense Ministry in October had revealed that it had spent almost $900 million this year on scrambling Taiwan’s Air Force. Taiwan will be procuring 66 of the 90 F-16, which are being produced by Lockheed Martin at an estimated cost of $62 Billion.

Beijing has urged the US to refrain from selling fighter jets to Taiwan or signing any arms deals with the island nation, which China claims to be a part of its country.

Meanwhile, China has threatened Taiwan of using power to make the renegade province part of the mainland. The PLA had conducted military exercises near Taiwan Strait last month, which Beijing claimed, were aimed at “protecting the country’s territorial integrity”.

On Tuesday, China’s foreign ministry spokesperson Zhao Lijian had said, “China is firmly determined to uphold its national unity and territorial integrity. Any separatist act to seek Taiwan independence, no matter in any form, is a dead-end and will lead nowhere.”