Should India Buy F-21 Jets – which the US claims to be a lethal combination of stealth F-35 and F-22 Fighter Jet? US aerospace giant Lockheed Martin recently said it will not sell its newly rolled out F-21 fighter jet to any other country if India places an order for 114 planes, in an offer aimed at pitching itself ahead of its US, European and Russian jets. 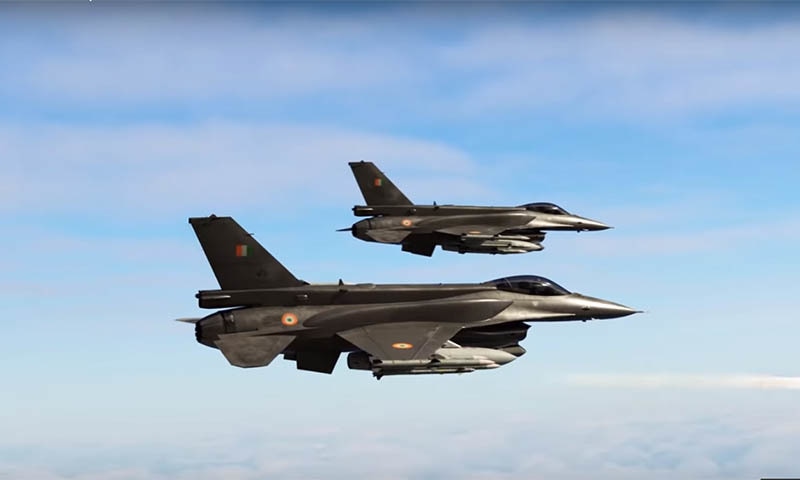 The F-21 according to experts talking to EurAsian Times stated that it looks similar to Lockheed’s F-16 Block 70 combat jets. F-21 is different in terms of various aspects including its airframe, weapons capability, engine matrix and availability of engine options.

“For instance, the service life airframe in F-21 is approximately 12,000 hours compared to 8,000 hours previously (F-16 Block 70). The additional 40% weapons carrying capability is new in F-21 which was not there in F-16 Block 70. The electronic warfare system will be customized for Indian needs,” experts stated

“The F-21 may look comparable to F-16 Block 70, but it is different,” he added. Besides having a traditional boom-delivered refuelling facility, the F-21 jets also has an extendable hose-and-drogue refuelling probe.

“This is the only fighter in the world which has both the capability,” stated experts, adding the cockpit has a new large area display. “It is a modern cockpit and has a significant piece of ability to synthesise information. These are unique capabilities that we are not offering to other countries in the world,” said the Lockheed executive.

The jet has a Long-Range Infrared Search and Track (IRST), allowing pilots to detect threats with precision and Triple Missile Launcher Adapters (TMLAs) allowing it to carry 40 % additional weaponry.

The F-21 is seen as offering a massive ‘Make in India’ opportunity ─ consolidating the strength of Lockheed Martin, the world’s largest defence contractor, and Indian conglomerate – Tata Group.

Lockheed Martin continues to leverage technologies across its portfolio to drive affordability within new and existing platforms and is committed to delivering the F-21 at the most affordable price for India.

The F-21 has common components and learning from Lockheed Martin’s 5th Generation F-22 and F-35 and will share a common supply chain on a variety of components. Approximately half of the F-21 and F-16 supply chains are common with the F-22 and F-35.

The question remains should India opt for the F-21 Fighter Jets or should Delhi aggressively negotiate with the US and lay hands on F-35’s which have been supplied to US’ key NATO allies including Japan?