Is the Indian Army now prepared to demilitarize the Siachen Glacier, the world’s highest and coldest battlefield?

Though the Indian Army Chief, General M.M. Naravane, has hinted at the possibility of it happening if Pakistan shows flexibility in its approach, the probability of Indian troops forgoing their domination in the glacier since 1984 and withdrawing from there appears extremely remote.

On the eve of the Army Day on January 12, General Naravane said India “is not averse” to the demilitarization of the Siachen Glacier, on the condition that Pakistan accepts the Actual Ground Position Line (AGPL) dividing the two countries’ positions.

In fact, many veterans and strategic experts in India are wondering what could have changed the Indian Army Chief’s mind on the subject when none other than he himself had two years back termed Siachen as a point of “collusive threat” between Pakistan and China and so “we should keep control”.

It is a widely held perception that of all the contentious issues between India and Pakistan, two are said to be really easy to solve — the demilitarization of Siachen and the Sir Creek maritime boundary issue. And still, if Siachen remains contentious, that is because of the reported unwillingness of the Indian Army.

Former Indian Foreign Secretary Shyam Saran has argued in one of the premier dailies on January 15 that Delhi and Islamabad had come close to an agreement on Siachen in 1989, 1992 and 2006.

“In 2006, we had the draft agreement of 1992 available as a reference point and this enabled a draft agreement to be reached in the foreign secretary-level negotiations. It was agreed that there would be a formal agreement on mutual but phased withdrawal and joint monitoring of the demilitarized zone. There would be an annex that would record the current locations of the forces deployed by the two sides and the locations to which they would withdraw. There would be a schedule of withdrawals in different phases”, Saran, who was the Foreign Secretary in 2006, has written.

Saran believes that the agreement would have been “a positive gain for India and diminished the challenge of confronting threats on both flanks of a most strategically sensitive area”. But it did not happen as resistance to the proposal mounted on as was the case in both 1992 and 1989 and was dropped. “Perhaps there is a rethink on this issue and I, for one, would welcome it”, Saran says on General Naravane’s remark.

It is widely believed that the then National Security Advisor M.K. Narayanan and Army Chief General J.J. Singh had made last-minute interventions to cancel the 2006 proposal. It was feared that the proposal would not be accepted by the Indian armed forces who thought it would be a big blunder to withdraw from the heights and give Pakistan a chance to capture them.

And if that happened then recapturing the heights, just as India it did in Kargil, would be almost an impossible task.

Saran is right that but for some last-minute huddles, late Prime Minister Rajiv Gandhi would have signed an agreement to this effect with his then Pakistani counterpart Benazir Bhutto in 1989. Another late Prime Minister IK Gujral and former Prime Minister Manmohan Singh were reportedly in favor of a similar deal with Pakistan.

But can this be said of the incumbent Prime Minister Narendra Modi, who has been very tough while dealing with Pakistan? Not many will answer in affirmative.

Incidentally, it is a myth that Pakistani soldiers are present in the Siachen glacier as such. The glacier is under the total control of the Indian army. Pakistanis are behind the Soltoro Ridge, much below the heights of the glacier. But then Pakistan has been publicly arguing over the last few years that it would “not occupy” the Siachen glacier if India vacated it.

A historical perspective will do well to understand the issue. More than three decades have passed since India and Pakistan engaged in Siachen on what is called the world’s most absurd war.

It all started in 1984 when India launched “Operation Meghdoot” to drive away the “Pakistani incursions”. At the moment, India is in a commanding position in the glacier, which is a part of the erstwhile state of Jammu and Kashmir. 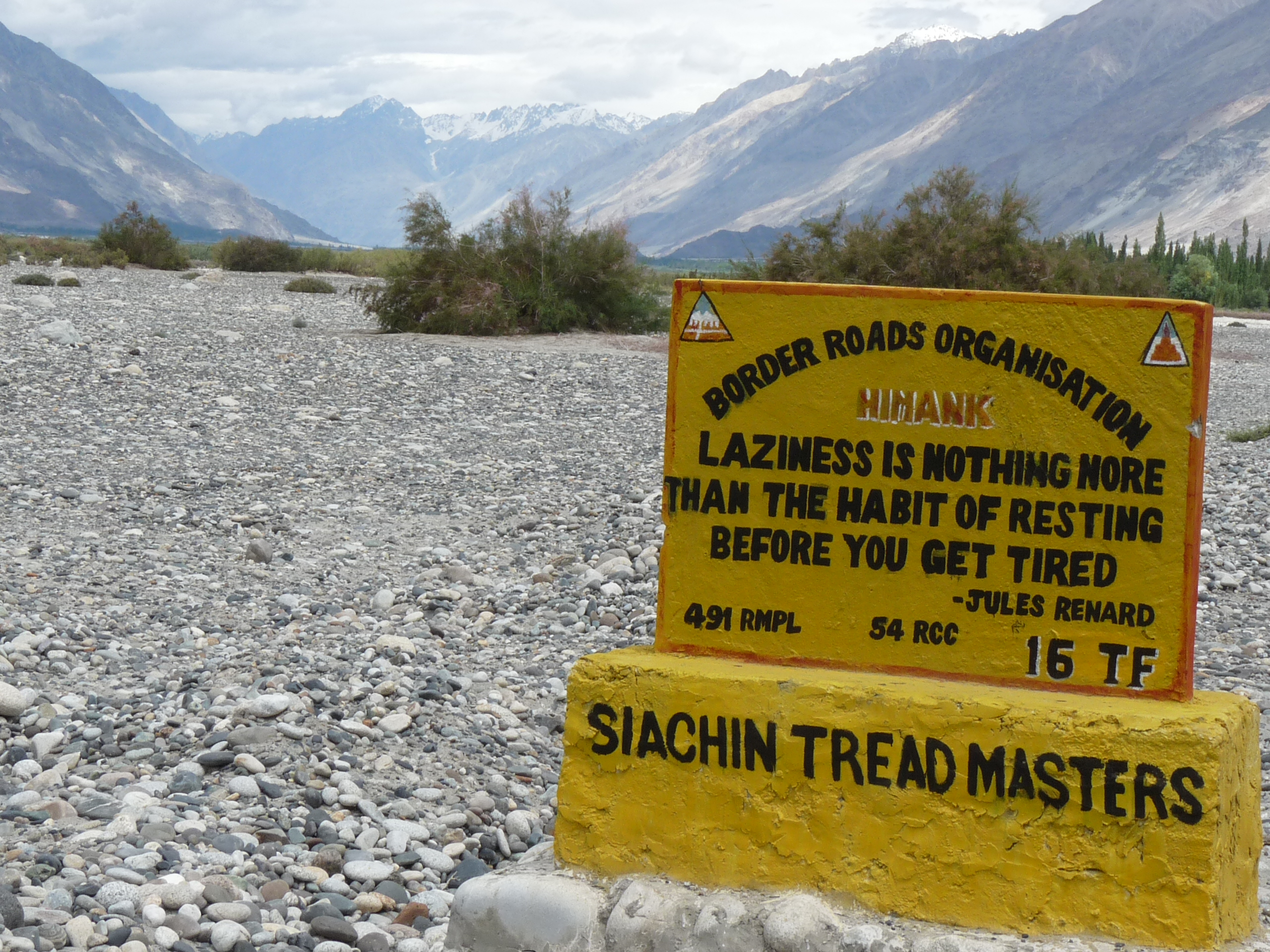 It may be noted that Jammu, Kashmir and Ladakh are separated by the so-called Line of Control (LoC), which clearly runs from Sabha in the South to “point NJ9842” in the North.

This LoC was demarcated under the 1972 Simla agreement. But disagreements remain over whether the line after the point NJ9842 travels northwards to include the entire Siachen region within India, or whether it travels northwestwards to give Pakistan access to the area.

Under the Confidence Building Measures-building talks with Pakistan that began in 2004, India was willing to the drawback of forces to the positions prior to the 1972 Shimla Agreement. However, it was insisting on making the present Actual Ground Position Line (AGPL), the line that is demarcating the effective controls of both the sides, a permanent border between India and the planned “disengagement zone”.

On its part, Pakistan argued that the borders should be re-drawn as per the Shimla Agreement, which it claims India violated by launching its “invasion” in 1984. In reality, however, Pakistan is loath to authenticate the AGPL since it would mean admitting it lost the Saltoro Ridge and the Quaid Post (named after the founder of Pakistan), now renamed Bana Post by India after Param Vir Chakra winner Subedar Bana Singh who captured it.

Pakistan is ready to withdraw troops only if India drops its insistence on the authentication of current positions being held by Pakistani and Indian troops”.

It is against this background that the importance of what Pakistani Ambassador Shaid Malik had told the media on February 9, 2007, assumes great significance. The Pakistani envoy said that while it would not be possible for Pakistani to formally authenticate the AGPL, its alternative suggestion would go a long way in meeting the Indian position.

“Since we are talking of gradual withdrawal of armed forces from the region while chalking out the exact withdrawal plan in phases, Pakistan will be recording with India the exact positions of the phased withdrawal.

That means when we say that Indian troops will withdraw from point A to point B in the first phase, it should satisfy New Delhi”, Malik had said. What he was trying to say was that since point A, for all practical purposes, would be in what India says AGPL, the exercise was as good as its authentication.

This was quite an interesting proposition. Malik revealed that this proposition had been given from the Pakistani side to the Indian side. But the then Indian defense minister A K Antony was firm on the authentication.

Siachen – Should Indian Army Pull Back?

Should India consider withdrawing from Siachen? The question has many dimensions.

Going by the arguments of the peaceniks, the glacier has no strategic value and that there are tremendous economic advantages of the withdrawal, both in terms of greenbacks and human costs.

Where a loaf of bread to a soldier costs Rs. 2000, leave alone his special shoes and clothes, an American expert has said that both India and Pakistan are spending as much as Rs. 2 crore a day to maintain their military positions in the region.

And then there are the human casualties. Rising between 18,000 and 22,000 feet above sea level, temperatures in the region can drop to an alarming 60 degrees Celsius below freezing. Total Indian casualties on Siachen since 1984 are estimated to be about 2000, of which nearly all (97% to be precise) of the deaths have been due to a variance of weather-related illness, fatigue or injuries.

Diplomatically speaking, it is argued that withdrawal from Siachen will do both India and Pakistan a lot of good. It will earn tremendous international goodwill and go a long way in facilitating further the peace process in Kashmir.

But then there are equally powerful counter-arguments.

As a military power of consequence, money should not be a limiting factor as maintenance of the troops elsewhere in the Himalayan range of comparable heights, which is vital for India’s military preparedness, will also cost the country more or less the same.

Late Manohar Parrikar had told Parliament, as defense minister, in 2016 that the average annual casualty figures have come down to 10 from 28, thanks to technical and infrastructural improvements.

As regards the strategic significance of Siachen, one may quote another former Indian Foreign Secretary MK Rasgotra as to why India went there in the first place.

According to Rasgotra, India’s foreign secretary in 1984 and a party to the decision of the then Prime Minister Indira Gandhi to send troops to Siachen, “in blatant violation of the Cease-Fire Line (CFL) Agreement of July 1949 (same as the line of control in 1971) that had stipulated that from point NJ 9842 onwards the line would run ‘north to the glaciers’, leaving the larger part of the Siachen glacier and the region east of it under Indian control, Pakistan was sending scientific expeditions to the area, claiming the whole area as its territory and  Pakistan’s two allies – China and the US — had been publishing maps showing the entire glaciated region up to the Karakorum Pass as territory under Pakistan’s control”.

It was against this background that the Indian Army was “given the order” to move in and prevent the Pakistan army from occupying any part of the Saltoro Ridge.

As Rasgotra argues, “Particularly vexing for us was the thought that our two difficult neighbors, already in illegal occupation of large chunks of J&K territory, would link up to surround Central Ladakh on three sides within our own territory.

Such a juncture would give them dominance over the Shyok Valley and easy access to Khardung La Pass, and from that vantage point, their forces would threaten Leh, a mere half days’ march from the Pass.

The myth about Siachen, the adjoining glaciated areas and the Karakorum Pass being of no strategic importance is a recent invention: now that the region is secure, such myth-making comes easy. Things looked very different to us when a clear danger loomed on the horizon”.

Besides, Siachen is a part of pre-1948 Jammu and Kashmir which India claims to be its integral territory. Thus, India’s dispute with Pakistan is territorial. In any eventual resolution of territorial disputes, possession of “disputed” territory under one’s control is a great “strategic advantage” during negotiations to strengthen one’s claims. Should India forgo this advantage in Siachen? Not likely.

India’s history with Pakistan has been such that surrendering advantage has not brought any desired results. India released 96000 Pakistani prisoners of war after the Shimla Agreement 1972 with the hope that Pakistan would eventually agree to convert the line of control in Jammu and Kashmir to the international border. It did not happen.

India surrendered Hajipir Pass that it had brought under control in the 1965 war. Had it remained with India, terrorists from Pakistan would have found it very difficult to cross over and cause havoc in the Kashmir valley.

Against this background, withdrawing from Siachen will be a monumental strategic blunder, many argue. As former Northern Army Commander Lt. Gen. D.S. Hooda says, with the Chinese aggression in eastern Ladakh, the situation today is really different. “With the Siachen sector facing threats from both west and east, there is perhaps no question of any disengagement from Siachen”, he asserts.