Indian PM Narendra Modi met the President of Cyprus Nicos Anastasiades on the sidelines of the United Nations General Assembly and reemphasized India’s “consistent support for the independence, sovereignty, territorial integrity and unity of the Republic of Cyprus.” 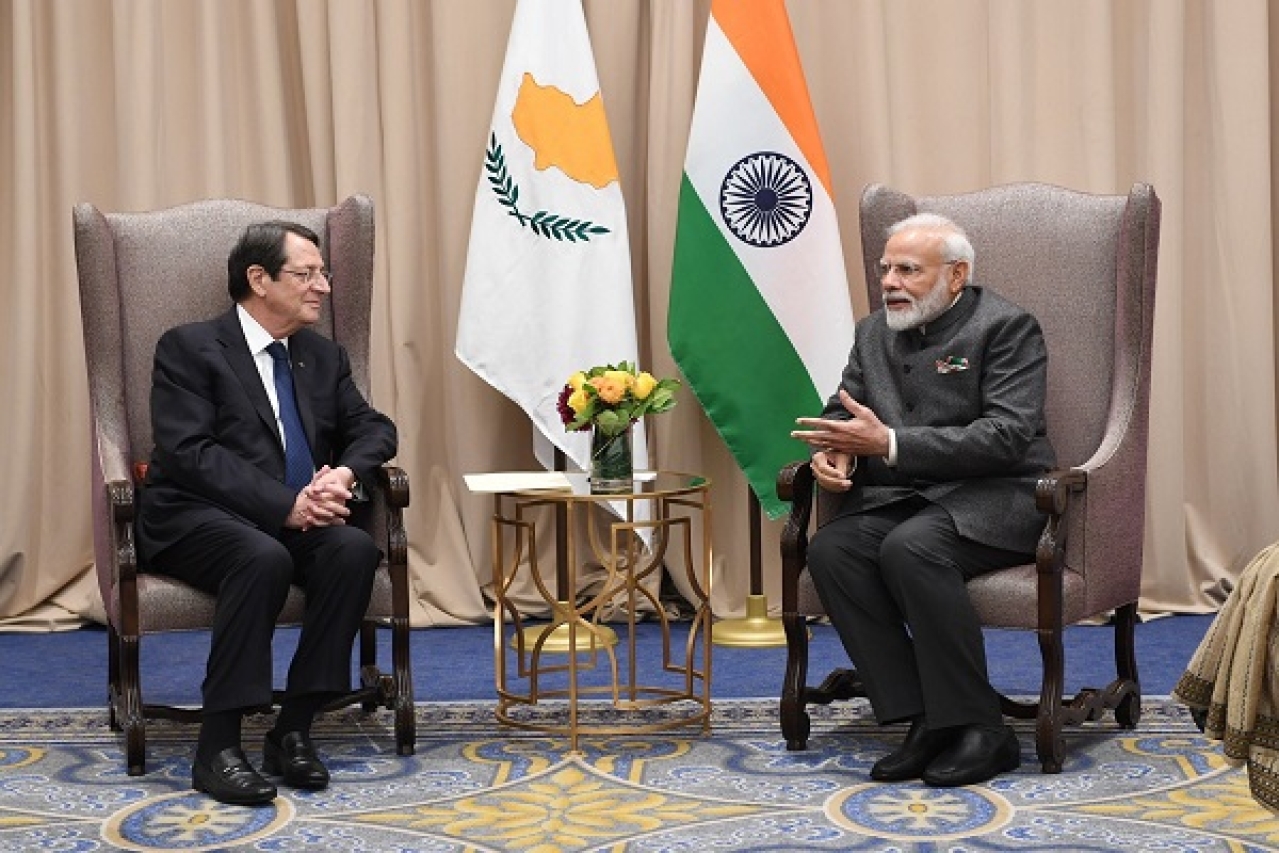 The development coincidently (or intentionally) comes at a time when Turkey has raked up the Kashmir issue and staunchly backed Pakistan against India. The Turkish President Recep Tayyip Erdoğan even dragged the s0-called Kashmir humanitarian crisis in his speech at United Nations General Assembly on Kashmir, which irritated New Delhi.

Erdoğan said on Tuesday that the stability and prosperity of South Asia was inseparable from the Kashmir issue, and that “it is imperative to solve the problem through dialogue and on the basis of justice and equity, but not through collision.”

Nicos Anastasiades speaking from UNGA said, “Turkey threatens Cyprus that there will be severe consequences if we proceed ahead with our energy programme… it threatens neighbouring states and energy companies, with which we are cooperating and have established conventional obligations”.

Cyprus is called Europe’s last divided country with its capital being mentioned as the last divided capital of the continent. The Mediterranean island country was invaded by Turkey in 1974 and led to the formation of “Northern Cyprus”, recognised only by Turkey.

Had a productive meeting with President @AnastasiadesCY. We discussed the full gamut of issues pertaining to India-Cyprus friendship. This includes boosting commercial, cultural and technological linkages. pic.twitter.com/CcwaXM4MpJ

Modi’s decision to meet the leaders of Armenia and Cyprus was a clear signal to Erdoğan that if Turkey supports Indian’s arch-rival – Pakistan then New Delhi will also support nations that are not friendly to Turkey i.e. Armenia and Cyprus.