The Sikh community has invited Pakistan PM Imran Khan to celebrate the 550th birth anniversary of Guru Nanak. According to Pakistan Tribune, the invitation was extended by the apex body of Sikhs, responsible for the management of historic Gurdwaras worldwide. 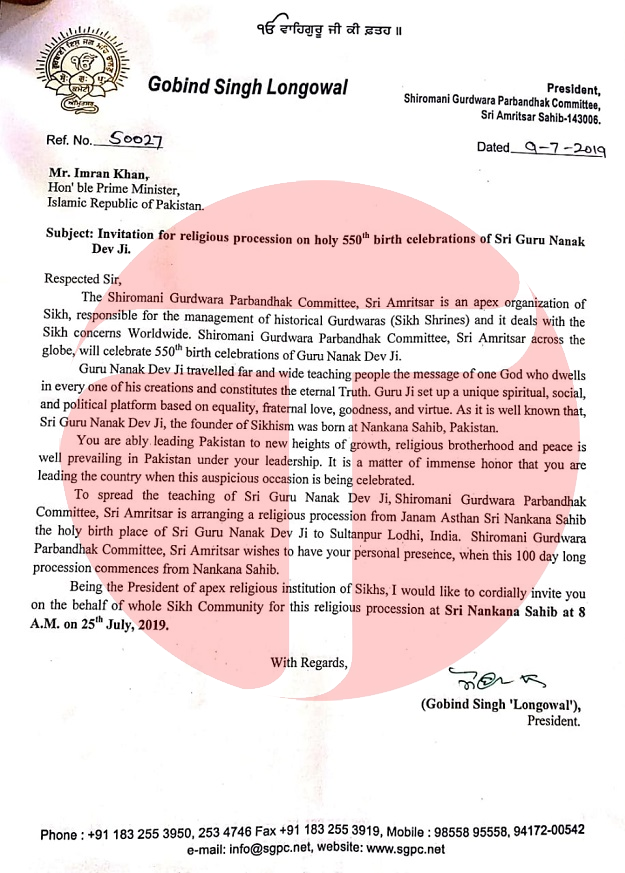 The celebrations will commence at Nankana Sahib from July 25.

Once operational, the corridor will provide visa-free access to Sikhs from India to their holiest Shrine located inside Pakistan. This will also be the first visa-free corridor between the two nuclear-armed neighbours since their independence in 1947.

The proposal has been in the works for over two decades. However, it only began to take shape when in August when the government of Prime Minister Imran Khan announced that Pakistan was planning to open the corridor.

Originally Reported By The Pakistan Tribune