In a massive show of force and reassurance to allies, six US Air Force B-52 bombers flew over all the NATO nations on Friday, August 28th.

The single-day event named “Allied Sky” was long-planned and demonstrates the unity among NATO countries. Six U.S. Air Force B-52s from the 5th Bomb Wing, stationed at North Dakota arrived in Europe at the RAF base in Fairford on August 22 and took part in exercises with the Norwegian F-35 and F-16 fighters earlier this week.

The flypast event which took place on August 28th involved the U.S. bombers accompanied by around 80 fighter aircraft from 20 NATO allies, informed the organization.

NATO Secretary-General Jens Stoltenberg said: “Today’s training event demonstrates the United States’ powerful commitment to NATO and allied solidarity in action. As US bombers overfly all 30 NATO Allies in a single day, they are being accompanied by fighter jets from across the alliance, boosting our ability to respond together to any challenge. Training events like this help ensure that we fulfill our core mission: to deter aggression, prevent conflict, and preserve peace.”

The move is seen as a major show of force and nato’s unity as tensions rose recently in Eastern Europe, however, the United States’ commitment to NATO has been highly controversial in recent times. President Trump has repeatedly criticized NATO countries for not adhering to the agreement to spend 2% of the GDP on Defense.

Trump had also directed the Pentagon to reduce U.S. troops’ numbers in Germany, a move that he said was due to Berlin’s failure to spend 2% of its GDP on defense.

The B-52 “Stratofortress” or simply called the “BUFF” (Big Ugly Fat Fella) is a long-range, subsonic, jet-powered strategic bomber, and is one of the oldest aircraft in service with the United States Air Force.

Having a wingspan of 185 feet, it is the largest aircraft of its role currently in service. It was designed during the onset of the cold war, especially to carry out long-range nuclear strikes. It can fly up to 14,000 kilometers without refueling,  at altitudes of up to 50,000 feet, and capable of carrying approximately 32,000 kgs (32 tonnes) of munitions of all types. 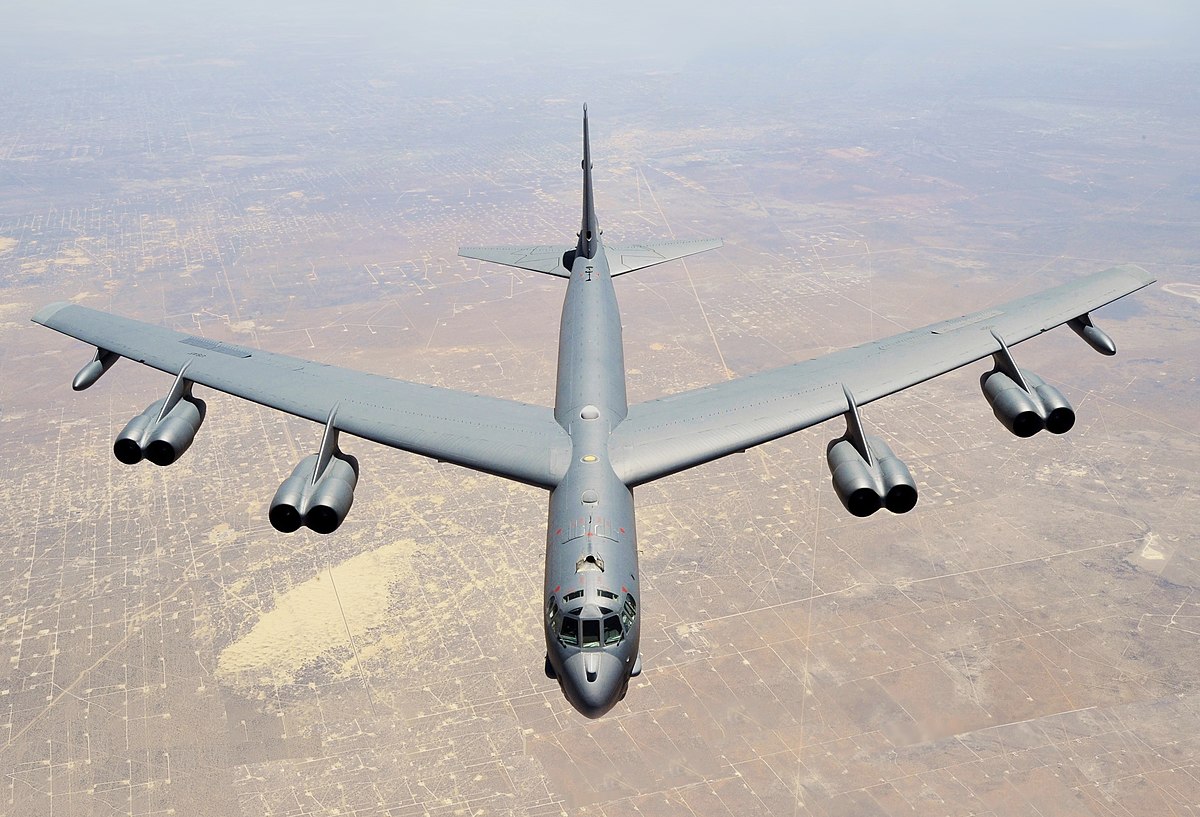 This massive aircraft was inducted into service in 1955 and has received a lot of avionics upgrades since then. It is expected to serve till 2045-2050, becoming the longest-serving aircraft in history. As of 2019, the USAF has 58 B-52s in active service, while 30 in reserve.

Apart from the B-52, the US also operates the B-1 Lancer and B-2 Spirit strategic bombers, having the largest inventory of aircraft capable of being deployed to carry out bombing missions around the world. The B-52 has been essential in projecting American might in the South China Sea and has served in virtually every conflict the U.S. has been involved in.

In a bid to gain further control on the disputed Gilgit Baltistan region, Islamabad has decided to upgrade its status...