Does the solution of Kashmir dispute lie in the Kartarpur Model which India and Pakistan have been assiduously working on? Negotiations between India and Pakistani authorities were a big success when Islamabad agreed to allow visa-free, year-long travel to the Kartarpur Sahib for Indian pilgrims. The initiative which will intensify people-to-people and mutual trust between two nations could be the first major step to normalize ties.

“The meeting was very positive and both sides have agreed on over 80 per cent details of proposed [Kartarpur Corridor] agreement,” Pakistan Foreign Office spokesperson Dr Mohammad Faisal told reporters after the meeting. The remaining unresolved issues would be addressed in an upcoming summit, he said.

Throughout the year, 5,000 Sikh pilgrims will be allowed to visit the Kartarpur Sahib Gurudwara every day – whether as individuals or in groups, the Indian Home Ministry’s Joint Secretary SCL Das told reporters. Pakistan also agreed to maintain a channel of communication to finalise the agreement on the modalities of the cross-border corridor, he said.

Apart from the agreement on visa-free travel for Indian pilgrims, Pakistani officials also agreed to extend the benefit to Overseas Citizenship of India (OCI) card holders. India raised the demand to allow 10,000 additional pilgrims to visit the gurdwara on special occasions, and also sought consular presence at the shrine to be able to provide assistance to the pilgrims if required.

Mohammad Faisal, a spokesperson for the Ministry of Foreign Affairs in Pakistan, told reporters after the meeting that “an agreement between Pakistan and India has been arrived at over the above modalities. One more meeting is likely to happen.”

The solution to Kashmir Dispute?

The project has been welcomed enthusiastically by the Sikh community, while Indian Prime Minister Narendra Modi has compared the construction of the corridor to the fall of the Berlin Wall, saying that the project may help in easing tensions between the two countries. Following the meeting on Sunday, the Pakistani delegation planted a “sapling of peace” at Wagah border, terming the initiative as “Corridor of Peace”. 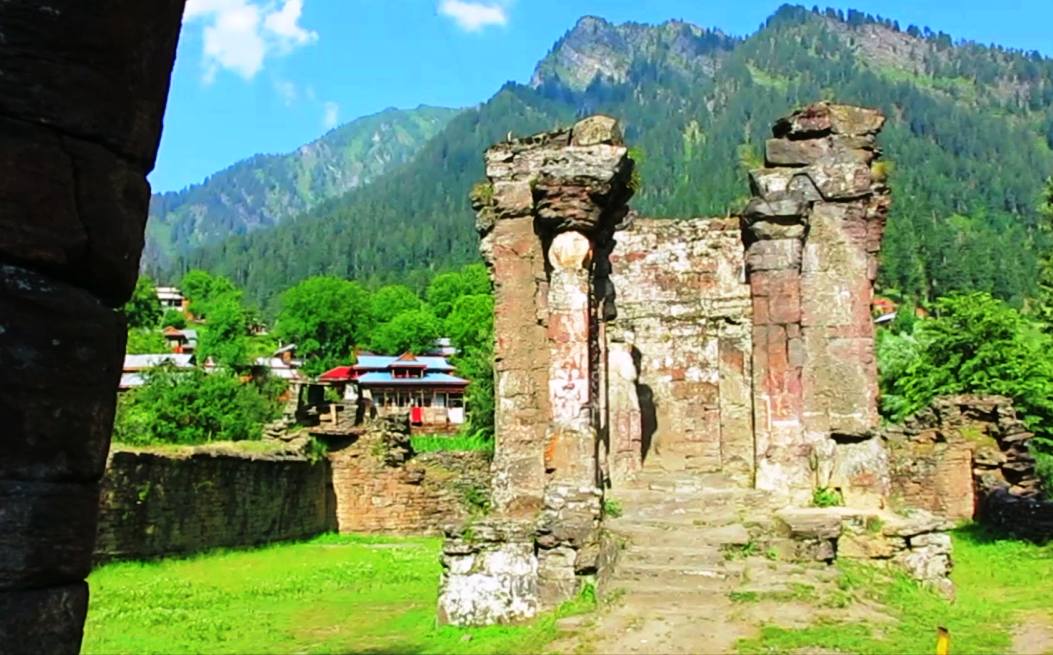 Earlier, Imran Khan had indicated that Sharada Peeth Temple and other Hindu pilgrimage sites can also be opened for Indian citizens. Sharda Peth has been quite an emotional issue with the Kashmiri Pandits. They have been seeking permission to visit the historic site for decades which is located in the Neelum Valley on the other side of the Karnah belt (Kupwara).

Many experts believe that just like the Kartarpur Project, people from Jammu and Kashmir should be permitted visa-free, unrestricted access to the Kashmir region administered by both India and Pakistan. Experts talking to EurAsian Times emphasized that the solution to the Kashmir dispute lies in the Kartarpur model which should allow people on both sides of the border to interact, trade and visit without any restriction.

In July 2018, former J&K Chief Minister Farooq Abdullah proposed an Ireland-style solution of an open border between the UK-governed Northern Ireland and the Irish Republic’s adjacent territory as the best option to resolve the Kashmir issue.

Pakistan expert in conversation with EurAsian Times recommended the freedom of mobility across the Line of Control as the first step towards building confidence. New Delhi and Srinagar will have to take the first steps toward resolving the political dispute, closely followed by the inclusion of Pakistan. The opening the revered Sharada Peeth temple for Kashmiri Pandits could be a first major step towards this noble initiative.