The New York Times (NYT) in its latest report has said that lockdown in Jammu and Kashmir is increasing anger and misery among the Kashmiris, as the military siege enters 58th day on Tuesday. The NYT has been very vocal against the Indian stance after the revocation of Article 370 and has published numerous articles highlighting what Islamabad describes as the Kashmir cause.

The NYT writes – For nearly two months, the flash-point region of Kashmir has been locked down. The Indian government has flooded it with troops. The internet has been cut off. Mobile phones don’t work.

Soldiers have ordered people to stay inside their homes or they will be shot. Anti-government militants have killed and threatened civilians as well. People can’t get to the hospital, they can’t communicate with loved ones, they can’t go to school or work. Everyday life has been paralyzed. 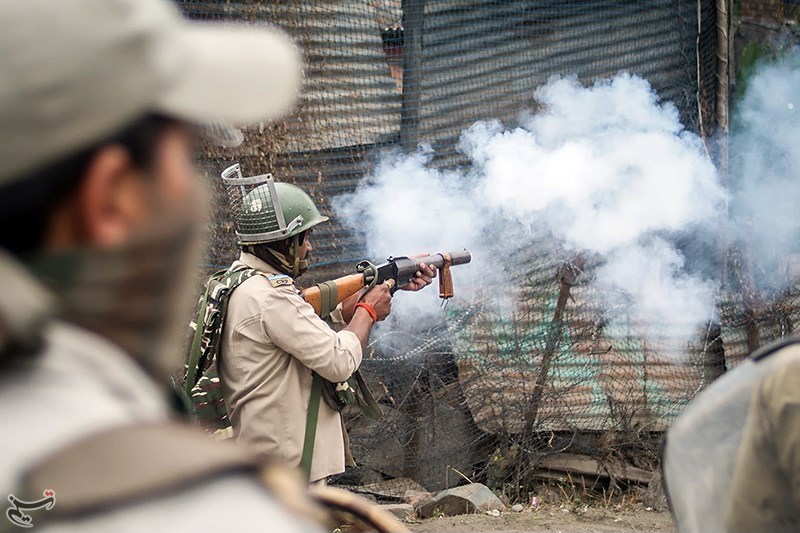 This all began Aug. 5 when India announced stunning news: It was stripping Jammu and Kashmir state, India’s only Muslim-majority state, of the autonomy it had held since the 1940s. The territory will soon be cut in half and each piece will become a federal enclave.

The Indian government says these moves are necessary to bring peace to Kashmir. For decades, the region has been racked by unrest, rebellion, warfare and bloodshed. Pakistan, India’s rival, also claims parts of Kashmir and is accused of stirring up an anti-India insurgency.

Indian officials knew that stripping Kashmir’s statehood would be deeply unpopular. And the Kashmir Valley, the most restive part of the state and home to as many as 8 million people, remains under a punishing blockade.

Sporadic protests keep breaking out. Security officers blast shotguns and tear gas into crowds. Dozens of demonstrators have been seriously wounded. Many are scared to go to the hospital, fearing they will be arrested. Instead, they stumble into nearby mosques, their faces bloody, their bodies shaking, to be wiped down and bandaged by sympathetic volunteers.

Indian security forces have arrested thousands of people. Most are being held without charges under what is called preventive detention. Almost Kashmir’s entire leadership class — democratically elected representatives, teachers, students, intellectuals, and prominent merchants — is now behind bars.

The arrests and the blockade have left Kashmiris feeling unsettled, demoralized and furious. Zahida Jan, a high school student, collapsed in grief just talking about her older brother, Fayaz Ahmed Mir, who was arrested in front of her in early August. The family says he is innocent. His job was driving a tractor in apple orchards. They say the reason authorities arrested him was that he had joined a protest nine years ago. They have no idea where he is.

Children as young as 8 have poured into the streets. With schools closed, they have little to do. Many hang around the mosques. Among the slogans they bark out is: “There is only one solution. Gun solution! Gun solution!”

Several young men have claimed that they were tortured by security forces. The Indian government has denied it. The young men, who were arrested on suspicion of aiding the militants, said government soldiers hung them upside down, hit them with bamboo sticks, applied electric shocks and forced them to drink large amounts of a noxious liquid. A month after he said he was tortured, Abid Khan, a shopkeeper, showed deep black lines on his buttocks. He said four soldiers stripped him naked, pinned him down and beat him again and again with wooden poles.

But the tensions are no longer as simple as protesters versus security officers. Kashmiri separatists are conducting their own clampdown, threatening or even attacking civilians in a campaign to destroy any semblance of normality that may be trying to creep back.

Anti-government militants recently shot the family members of a wealthy apple trader. The militants are trying to stop the apple business, a lifeline for many Kashmiris, as a form of protest against the Indian government. The militants even shot a 5-year-old girl, officials said.

Indian officials have not indicated when they will lift the security restrictions or release people who have been jailed.

Ajit Doval, India’s national security advisor, blames Pakistan for Kashmir’s problems. If the internet were restored in Kashmir, he says, Islamabad would flood it with misleading information and stir up hostility. If the Indian soldiers relax, Pakistan would exploit the situation and send in more militants. He said lifting the restrictions would depend on “how Pakistan behaves.’’

Pakistan has denied those accusations. And its PM, Imran Khan, just spoke before the United Nations to accuse India of atrocities in Kashmir. He has asked for international intervention to help the crisis from escalating into a war between India and Pakistan.

Reported By The New York Times