The clash of Indian SU-30 MKI and Chinese SU-30 MKK will be a testing time of Russian technology. Despite de-escalation talks between India and China, a potential aerial clash between the two nuclear-armed giants remains high.

According to experts at EurAsian Times, both India and China have an abundance of Russian military hardware in their arsenal including the Sukhoi jets, with India operating SU-30 MKI and China using SU-30 MKK jets.

The Indian Air Force has already moved its critical frontline assets including the Sukhoi-30MKIs and Mirage 2000 jets to forward bases where they can fly in at a very short notice to carry out operations against China. Beijing has not revealed its cards, but experts state that China could have stationed SU-30MKKs, J-11 or J-16 jets near the LAC. 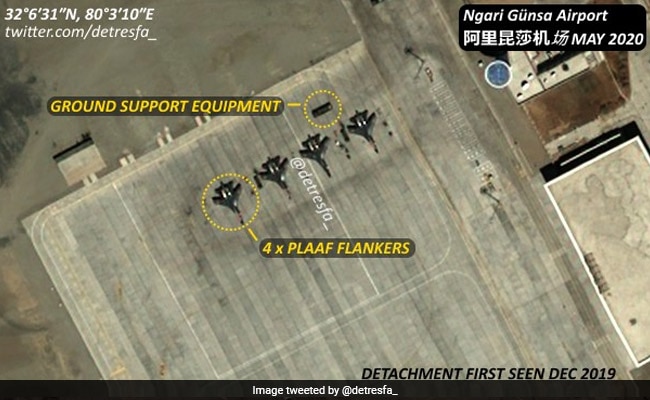 According to experts at EurAsian Times, a clash between the Indian SU-30 MKI and the Chinese Su-30 MKK cannot be ruled out as both the jets remain the backbone of their respective airforces.

Both India and China have designed their respective Sukhoi fighter jets on the SU-30. The Sukhoi Su-30 is a twin-engine, two-seat supermaneuverable fighter aircraft developed in the Soviet Union by Russia’s Sukhoi Aviation Corporation. It is a multirole fighter for all-weather, air-to-air and air-to-surface deep interdiction missions.

The SU-30 proved to be immensely popular and was ordered by both New Delhi and Beijing. Today, the SU-30MKI and the SU-30 MKK/MK2 are a vital part of the India Air Force (IAF) and the People’s Liberation Army Air Force (PLAAF) respectively.

Although both India and China posses Sukhois jets, the Indian version enjoys the upper hand, according to Indian media. After India secured the first delivery of SU-30MKI, New Delhi and Moscow inked a deal which allowed the jet to be built under licence by India’s Hindustan Aeronautics Limited (HAL) for the IAF.

The Indian version of the Sukhoi has advanced Israeli avionics and electronic warfare systems, making them different from the standard SU-30s. Additionally, the SU-30 MKI has a variety of missiles in its armoury including the Russian origin R73/77 and locally developed Astra and Brahmos missiles.

The Astra missiles developed by the Defence Research and Development Organisation will (DRDO) increase the target range of the SU-30MKI and makes it more deadly than ever before. The MKI also has thrust vectoring technology thus making it more manoeuvrable than its Chinese counterpart, according to Indian experts.

In comparison to the IAF, the PLAAF has two versions of the SU-30, the Su30 MKK and MK2. However, the Chinese version is not as competent as the Indian version since Beijing has restrictions on the use of Israeli and western technology and has to only depend on Russian or indigenous abilities.

Although India got a license to produce the MKIs domestically, China copied the design to make two indigenous versions called J11 and J16. The J11 is based on the Su-27 whereas the advanced J-16 is based on the SU-30. Currently, the IAF has 260 MKI’s as part of its fleet with more expected to join. As reported by EurAsian Times earlier, New Delhi has agreed to purchase 12 more Su-30MKIs from Russia.

Chinese experts reject the Indian assertations and claim that SU-30MKK is the most powerful fighter jet of the SU-30 family. The multi-role variant offers enhanced combat capabilities against aerial, ground and sea-based targets.

China has also been able to upgrade the Su-30MKK’s fire control system to give it the capability to use its indigenous weapons including the deadly YJ-12 and YJ-18 anti-ship and land-attack cruise missiles.

China, unlike India, has rich experience in upgrading Russian fighter jets independently. Beijing has been able to successfully transform the fire control system of SU-30MKKs which have now become compatible with China’s deadly indigenous missiles which have never been seen, analyzed before thus posing a massive threat to the opponents.