Taliban Rejects Dialogue With Afghan Government; Says Talks Only After US Withdrawal

The Taliban outrightly rejected to have direct talks with the Afghan government and rubbished a statement from a senior minister about plans to hold such a meeting in the next two weeks, a senior Taliban official said.

Pakistan Keeps India Out Of Afghanistan Dialogue; But Can Islamabad Sustain It?

State Minister for Peace Affairs Abdul Salam Rahimi said on Saturday it was hoped that direct talks with the Taliban would be held in the next two weeks in an unidentified European country. The government would be represented by a 15-member delegation, he said. 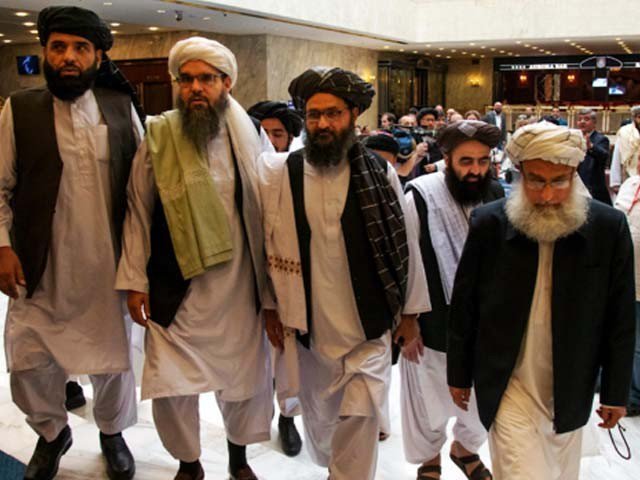 However, Suhail Shaheen, a spokesman for the Taliban’s political office in Qatar, refused the statement and instead stated that talks with the Afghan government would only come into picture after a deal had been struck with Washington.

The US special envoy for peace in Afghanistan, Zalmay Khalilzad has held several rounds of direct talks with Taliban officials in Qatar since late last year. The Taliban has demanded the withdrawal of the US-backed troops from Afghanistan and at the same time assured that Afghanistan will not be used as a base for terrorism.

Two other main issues in the peace process are a ceasefire and talks between the rival Afghan sides, or inter-Afghan talks, as they are known. But the Taliban have refused to talk to the government of President Ashraf Ghani, branding it as a US puppet.

Previous article
Store Your Ration; Revoke Article 35-A; 10,000 Soldiers Deployed – What is Happening in Kashmir?
Next article
Interpol Rejects Indian Request To Issue Notice Against Zakir Naik For Lack Of Evidence