With the Amarnath Yatra scheduled to commence from 1 July 2019; Union Home Minister Amit Shah recently paid a visit to Jammu and Kashmir. Shah is said to have met with the investigative agencies besides Governor Satya Pal Malik and the Northern Army Commander Lieutenant General Ranbir Singh. 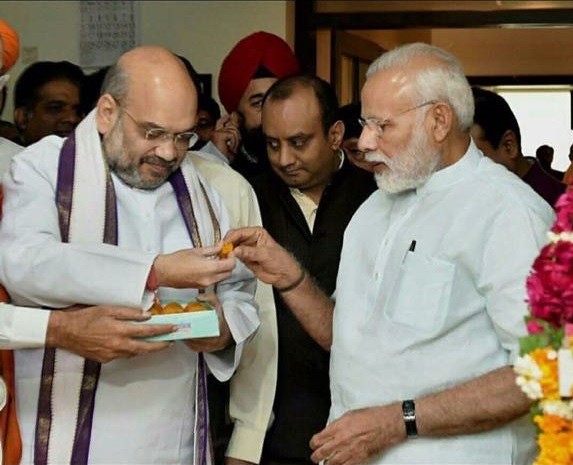 The Union Home Minister has asked the investigative agencies to pursue those involved in funding terrorist activities in the area. The officials were further briefed on the security arrangements for the yatra and about security protection for the pilgrims. The security provisions have been put on high alert owing to intelligence reports that there have been meetings between terrorists in Kangan forests (which is near the Baital base camp).

The Home Minister went on to assure Governor Malik that the Central government will release funds and pending projects in the area will soon be decided upon. Shah also praised the efforts of the security forces in the area against the rampant terrorist activity. He has directed the State government to commemorate the martyrs of the Kashmir conflicts in their respective hometowns each year.

The Income Tax department and State Anti-Corruption Bureau (ACB) raided dozens of places in the area for investigating a huge financial fraud with links running as far as Dubai. This fraud is particularly interesting as it involves the state’s Finance Minister Abdul Rahim Rather is involved. The response by the Income Tax department and ACB came quickly after Amit Shah’s visit. There have also been a few arrests been made already, said local sources.