The Dubai Air Show 2017 had made big news after indications emerged of the US opening up to discuss the sale of its newest fighter jet – the F-35s to its ally UAE. However, the talks for the acquisition of the much-coveted fighter jet by the gulf nation lost steam for inexplicable reasons.

It was not until November last year that it became clear the United States was not going ahead with the potential sale of Lockheed Martin’s F-35 joint strike fighter when the Pentagon’s head of acquisition confirmed it to the media.

The new geopolitical developments have led the White House to now agree to the sale of the top-of-the-line F-35 fighter jets to the United Arab Emirates after its recognition of Israel. The deal is potentially going to shift the regional power balance, according to a US lawmaker.

The Trump administration has reportedly notified the Congress on the sale, which would “significantly change the military balance in the Gulf and affect Israel’s military edge,” Al Jazeera reported, quoting Representative Eliot Engel, a Democrat who leads the House Foreign Affairs Committee.

Israel, which seemed to be reluctant at the US selling the most advanced fighter jet platform to the country, has now softened its stance after UAE agreed to establish full bilateral relations between the two countries.

The proposal is backed by the US State Department; however, it still faces many hurdles domestically, with American concerns about how it might affect Israel’s so-called “qualitative military edge” in the Middle East.

Global Defence Technology quoted the US House Foreign Affairs Committee on the issue, saying, “This technology would significantly change the military balance in the Gulf and affect Israel’s military edge.”

“The F-35 Joint Strike Fighter is a game-changing stealth platform boasting advanced strike capability and unique sensor technology. The export of this aircraft requires very careful consideration and Congress must analyze all of the ramifications. Rushing these sales is not in anyone’s interest.”

Over these years, the gulf nation was also in talks with Russia to acquire its Su-35 super-maneuverable fighter jet. In fact, Russia was on the verge of selling more than a squadron of advanced Su-35S Flanker-E fighter jets to the United Arab Emirates.

However, the deal could not fructify with the UAE dithering over its geopolitical implications. Russia had offered to sell even the advanced combat jet Su-57 to UAE, also offering opportunities to produce certain components of the fighter in the country itself.

Russia reiterated its offer more aggressively after the US last year in November indicated it was not holding any talks about the sale of F-35s to the Gulf country. However, with the Trump administration finally giving its approval to the sale, it’s clear the Su-35 is off the table for UAE. 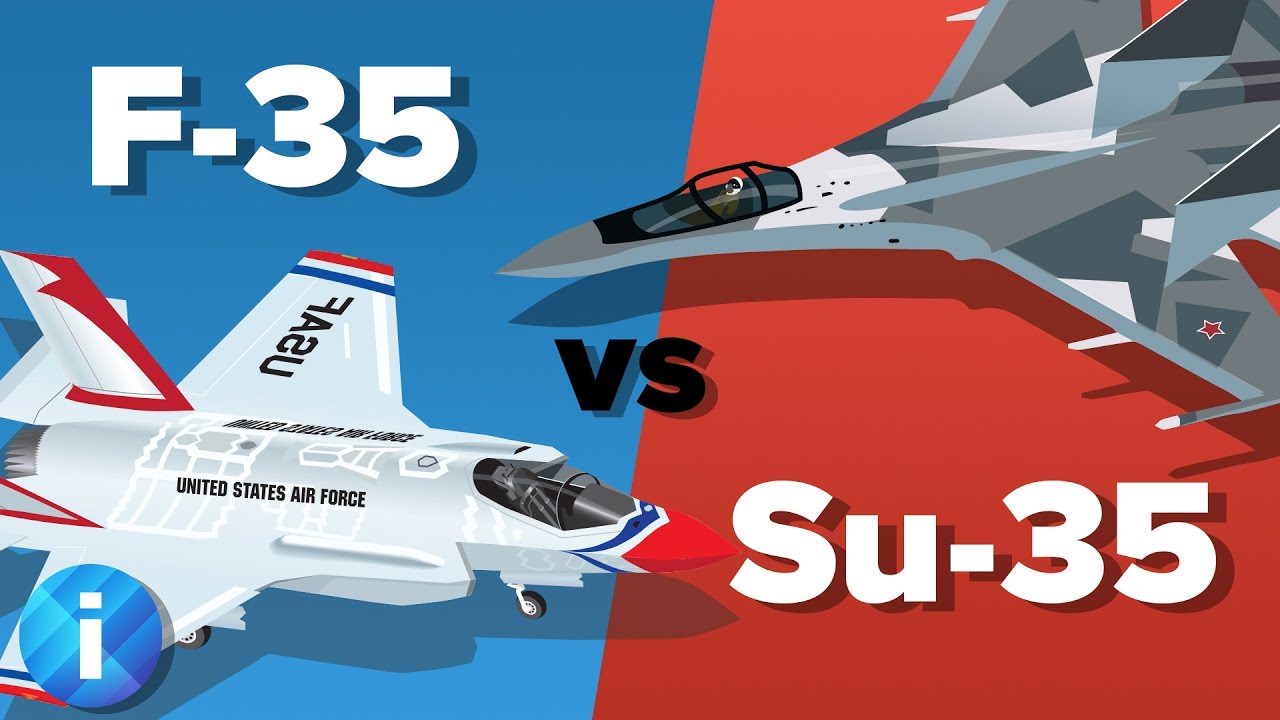 The Su-35 is a real 4 ++ generation fighter; and the only thing that puts it in the fourth generation is its lack of stealth technology. When you compare the features of each jet, it is very hard to compare which will win considering both have exceptional and similar indicators.

While the F-35 is armed with ultra-modern technology and avionics, its speed and maneuverability pale in comparison to its Russian competitor. Su-35 comes with three-dimensional thrust vectoring and is remarkably maneuverable at low speeds.

Since the F-35’s stealth technology makes it invisible to radar, Su-35 can’t detect it from the air (it is possible to detect it from the ground), which gives the Russian fighter a short reaction time. But Su-35 is faster and more maneuverable, which would compensate for the lack of time, depending on the reaction of the pilot.

So if one of the fighters gets an advantage in a dogfight on one or more indicators, the other compensates by not trying to match up in the same area but uses other advantages that would impact the effectiveness of the advantage obtained on the first aircraft.

A feature like that to reach the flight ceiling makes a good impression, and Su-35 climbs at a higher speed than its American counterpart, doing so at 50 km more speed than F-35. But the difference is not that great since the Russian plane does it with two engines, while the American with only one. The F-35 clearly wins in this department.

In an air combat situation, it’s the pilot’s skills and experience that will save the American F-35 pilots from being shot down. Moreover, an F-35 with its stealthy configuration carries only the internal weapons and not the AIM-9X high off-boresight missile. The F-35s would do better if they engage at a greater distance than a close-in dogfight.

In terms of weapons, the Su-35 is armed with a huge arsenal of air-to-air missiles and has an edge when it comes to its electronic warfare suite. The fighter comes with a potent digital radio frequency memory jamming suite, enabling it to take on AIM-120 AMRAAM missiles with ease. It will take a lot of American missiles to make it through and be able to hit the Russian fighter.

The F-35 can’t transfer adequate momentum to an AIM-120 air-to-air missile since it lacks enough speed or altitude, which means the missiles will have less range when fired from a JSF.

And the American fighter cannot carry enough air-to-air missiles, which creates a disadvantage since the digital radio frequency memory jammers can wreak havoc with the AMRAAM’s guidance system.

In conclusion, it’s hard to imagine which of the aircraft will win despite all their differences. A victory will depend a lot on supporting assets and pilot skills rather than technological differences.

The F-35 scores in its capabilities of stealth, onboard and off-board sensors and smart tactics, which it can use to engage rival fighters from beyond visual range and avoid a visual range turning fight, which makes the jet very unique despite all the shortcomings.

Tata, Airbus To Ink Deal Worth A Whopping $2.9B To Make Military Aircraft For The Indian Air Force