The Indian security forces have killed more than 230 militants in Kashmir Valley so far this year even as there has been a drop in the number of civilians injured in stone-pelting related incidents, sources said. Another 240 militants are still active in the Valley, with three militants killed today, the number has dropped to 237.

Authorities had earlier suspended mobile internet services in Srinagar in view of the encounter.  The security personnel were carrying out cordon-and-search operation near Srinagar-Bandipora road in Mujgand area on Saturday evening. However, a gunfight broke out after militants fired upon a part of the security forces, news agency PTI reported quoting a police officer.

There was a period of brief lull in the night but the gunfight resumed on Sunday morning, as the security forces tried to flush out the militants from the area, the police officer told the news agency. 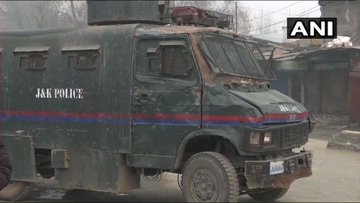 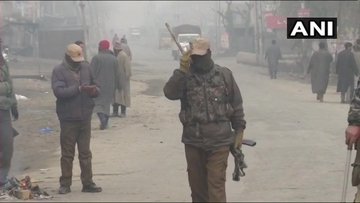 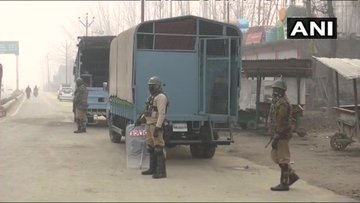 Encounter between terrorists & security forces underway in Mujgund, 5 security personnel have been injured. Mobile internet services have been suspended in Srinagar following the encounter which is underway there since y’day #JammuAndKashmir

While the gunfight was suspended during the night, the forces had cordoned off the area from preventing the militants from escaping the region.  In November, security forces had gunned down two terrorists in Khrew area of Pulwama district in Jammu and Kashmir. The slain militants were identified as Adnan Ahmad Lone and Adil Bilal Bhat, both with links to Hizbul Mujahideen.
Previous article260 Kashmiri Youths Join Jammu Kashmir Light Infantry of the Indian Army
Next articleIsrael Will Not Let Iran Create a Military Base in Syria – Israel to Russia

TWO ‘Super Weapons’ That Even USA Lacks – Is Russia’s Use Of Laser Weapons, Hypersonic Missiles Just A Propaganda?