A case against three teenage sisters who killed their father after what lawyers say was years of beatings and sexual abuse has sparked protest and highlighted Russia’s dire record on domestic violence.

Krestina, Angelina and Maria Khachaturyan have been in custody or under house arrest since July 2018, when they stabbed father Mikhail to death.

The sisters — who were 17, 18 and 19 at the time of the killing — face between eight and 20 years in prison if they are convicted of conspiring to murder as a group.

But lawyers and activists say the teenagers were forced to act to save their own lives, pointing to poor legal protections for abuse victims in a country where punishments for domestic violence have been scaled back in recent years.

Women’s rights campaigners insist the sisters should receive psychological rehabilitation instead of a prison sentence and demand the father be tried posthumously.

The Khachaturyan sisters were beaten “practically every day” by their father, who also regularly sexually abused them, lawyer Alexey Liptser told AFP. He also shot at them with an air gun, he added.

A neighbour and relative had approached police but their reports were not taken seriously. According to Liptser, Mikhail Khachaturyan had “good relationships” with people in law enforcement.

In 2016, Krestina tried to commit suicide but her sisters saved her. Lawyers say last year the father took each girl into his room one at a time and used pepper spray on them, almost suffocating the eldest.

Liptser said the two older girls “decided that if they did not act, one of them would die”. They waited until he fell asleep and stabbed him dozens of times. Their trial is expected to begin in mid-August.

Women’s rights campaigners say Russia’s legal system effectively leaves women without any state protection for abuse in the home. There is no separate law covering domestic violence in cases where the victim is living with the attacker, but rather it is included under the offence of battery.

Russian President Vladimir Putin signed a decree softening the punishment of abuse in families in 2017, making a first offence punishable by only a fine instead of a jail sentence.

More than 160,000 people have signed an online petition to free the sisters and campaigners have held small protests outside the court where pre-trial hearings have taken place. 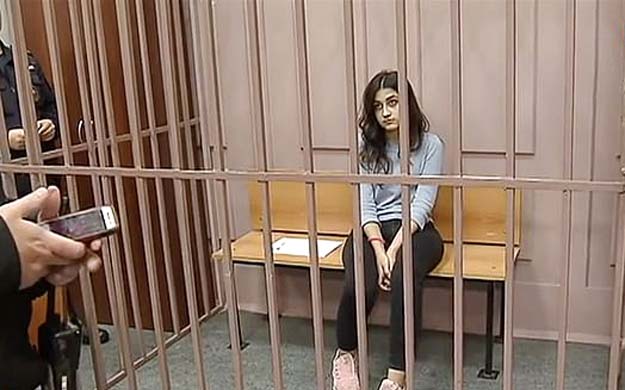 “The girls were living in hell,” said Anna Rivina, who runs a centre providing free legal help for victims of domestic violence.

“They saved their lives like that because they knew there will be no help from anyone — not from the police, the neighbours or teachers,” she said.

“Domestic abuse against women is not recognised by the state, there is no lawful mechanism to protect these people.”

She partly blames Russian state media for only covering domestic abuse stories “when there are injuries, corpses or limbs cut off”.

Rivina referred to the widely-covered case of Margarita Gracheva, whose husband took her to a forest where he tortured her and chopped off her hands in December 2017. Her complaints to the police had been ignored.

Alyona Popova, one of Russia’s leading women’s rights activists, said a guilty sentence for the sisters would have “catastrophic” consequences for other victims of domestic violence.

“There will be more fatalities,” she said, adding that the trial will show “if the state supports abusers or victims”. 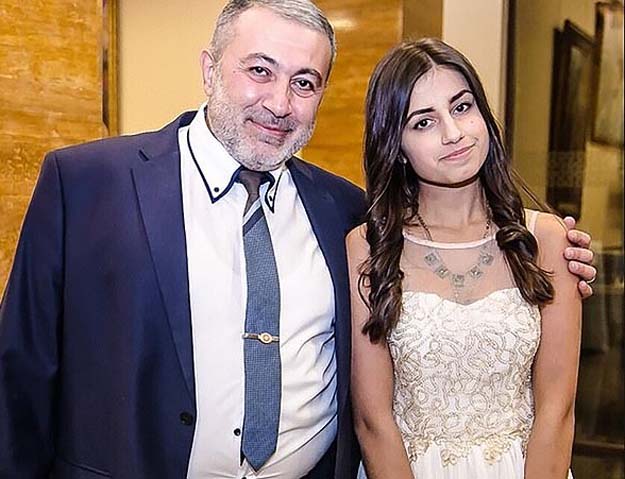 The outcry around the case, she said, will affect similar ongoing trials.

In one case, 19-year-old Daria Ageny faces nine years in prison for using a pencil-sharpening knife to fend off a male attacker.

In another trial in southern Russia, 28-year-old Kristina Shydukova faces 15 years for killing her abusive partner with a knife during a regular beating.

Online petitions calling for charges to be dropped against the two women have gathered a total of almost 300,000 signatures. Activists expressed hope that campaigns were raising awareness of violence against women in Russia.

Rivina said such efforts had led to small victories in the past. Last year a court in far eastern Nakhodka overturned the three-year sentence of Galina Katorova, who killed her husband after long-term abuse and complaints to police that were ignored.

She served over a year behind bars but her release was “seen as a victory,” Rivina said. “Now if we defend the Khachaturyan girls, it will also be a victory,” she said.