There are increasing concerns among many of India’s political elite about the growing bonhomie between Russia and China, and the fears of the possibility of a true military alliance forming between the two superpowers are accentuating after India signed the historic BECA agreement with the US.

India faces a critical situation at the Ladakh border with China, where both countries have mobilized thousands of troops and amassed large quantities of military equipment.

To bolster its defense preparedness, India rushed to enhance its military ties with the US to unprecedented levels and made high-end military hardware purchases.

This further created a wedge between New Delhi and the Kremlin, who have been close friends for a very long time. Russia also sees China’s rising economic and military clout as a potent counterbalance to the US hegemony, and has, therefore, steadily increased its closeness to the country.

The developments are giving rise to genuine fears of the end of India-Russia friendship, made inevitable by the new geopolitical realities. The top political and intellectual brass in India are rightly predicting the emergence of the powerful China-Russia axis, which will seek to confront the US-led dominance.

India’s ruling party MP Subramaniam Swamy in a scathing piece in Sunday Guardian said India must wake up to the new reality that is shaping around their neighborhood.

He drew upon history to conclude, “Nehru was fooled into thinking that leaders in Moscow were permanent friends, but in fact, we Indians were more like “Pavlovian dogs”, that is, those who complied on signals from Moscow.” 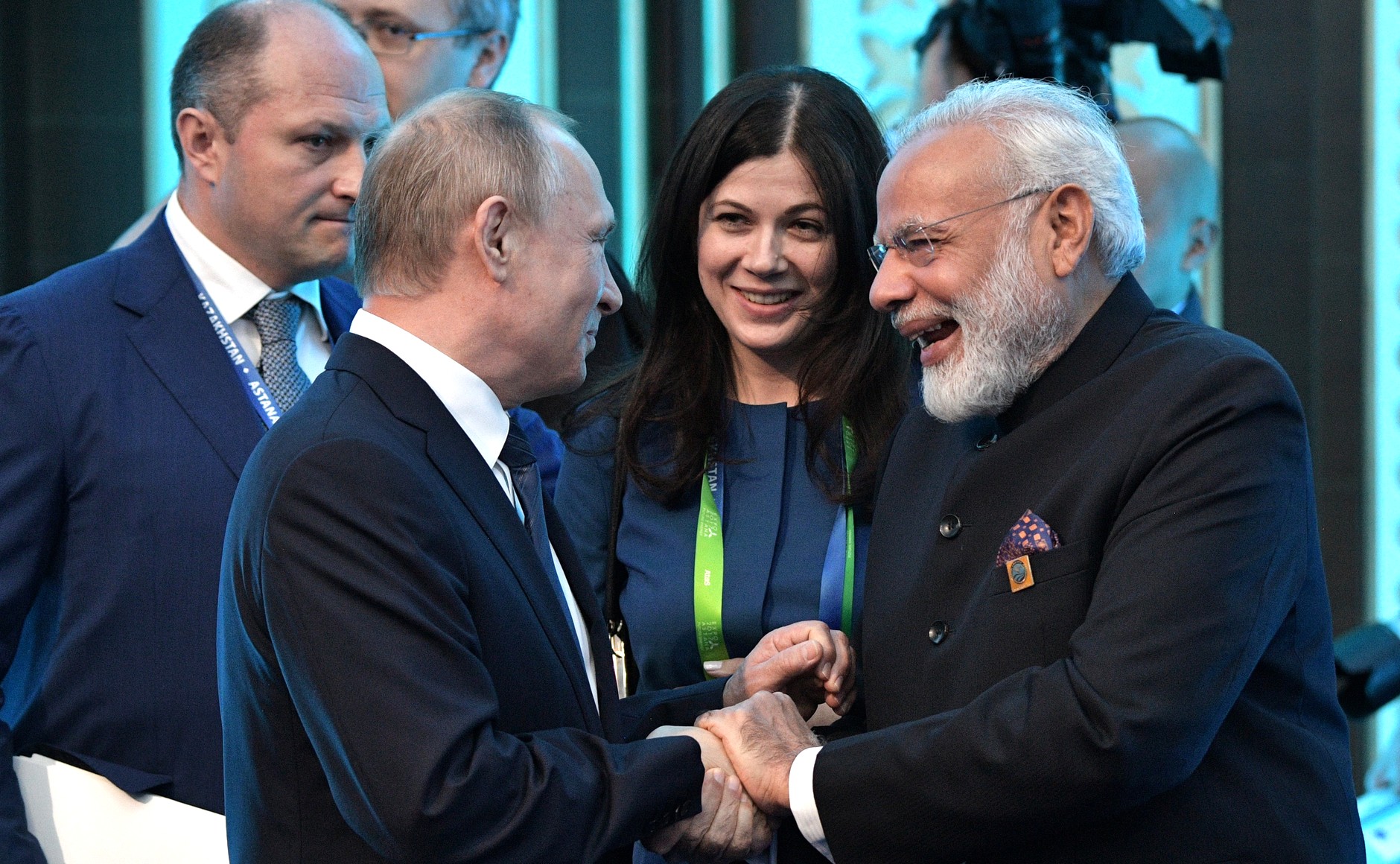 Swamy’s assertions are not outlandish. In fact, the new global strategic realignments are hardly in favor of any kind of partnership between Russia and India. With the strengthening US-led QUAD alliance, the interests of different nations have changed and their loyalties shifted to accommodate the new order.

The trade between Russia and China has doubled today, with the Russian central bank increasing its Chinese currency reserves from less than 1% to over 15%. China has also overtaken Germany as the principal supplier of industrial plant and technology to Russia.

The two countries are accelerating their military tie-up through multilateral forums such as BRICS, new joint military exercises, and pooling of influence with countries such as Iran.

India will, therefore, have to decide between the US and Russia, and it can no longer have a foot in both camps. The Indian experts are realizing that by cozying up to the US to more than what was necessary, India may have worsened its alienation from its long-time friend Russia.

With India becoming the de-facto military partner of America, there is little reason for Russia to continue its close relationship with the country. Besides, the crippling sanctions imposed by the US on Russian businesses forced it to grow close ties with China and develop unprecedented partnerships and trade and technology domains.

In his article in Foreign Policy, Sumit Ganguly advocates for India to reduce its Russian dependence on military needs and forge a new path.

He warns that today’s Russia is not the same Soviet Union, which was politically reliable, trustworthy defense supplier with shared misgivings about China, but the new Russia is a politically agnostic, commercially motivated Russia that no longer shares India’s concerns about China.

Although India may not be able to sever the ties with Russia so soon as it still majorly depends on the country’s military hardware and technology to a large extent, with 60% of the military arsenal of Russian origin.

India will continue to rely on Russian spare parts and upgrades for its military equipment that it has been importing from the country.

To conclude, Subramaniam Swamy says, “India has to make a choice: Either we partner the US strategically or Russia and China together. If we have a conflict with China, Russia therefore cannot be trusted, nor if we do, will the US trust us.”

“Hence, this dream of isolating China by trusting Russia is short-sighted. Russia is no more, if ever since 1992, a friend of India in the sense of standing up with India against China.”

Russia reaffirmed that its ties with India are ‘unique’ and said ”it is not just a friend, but a soulmate of India”.

Responding to the statement, the Russian Embassy said both countries enjoy special partnership, which is a source of support for national development strategies of both countries, including ‘Make in India’ and ‘Atmanirbhar Bharat’.

It was noted with regret that the article titled Russia is not a friend of India by @Swamy39 appears to be misleading in terms of true understanding of the entire course of development, current state & prospects of the Russian-Indian strategic partnership https://t.co/9MDBc46dKk pic.twitter.com/soHyoZpUaX

Strongly reacting to the article ”Russia is not a friend of India” the Embassy said it appears to be ‘misleading’ in terms of true understanding of the entire course of development, current state, and prospects of the Russian-Indian strategic partnership.