Is Fethullah Gulen The Real Reason Between Diplomatic Tensions Between India and Turkey?

In the first stage as per Anadolu Agency, thirty Pakistani pilots will be trained at the School of Aviation Training and Services and the number of pilots will be increased slowly in the following period.

Ilhami Keles, the secretary-general of SAHA Istanbul, said products and systems manufactured in Turkey will be made available to Pakistani pilots during the training. 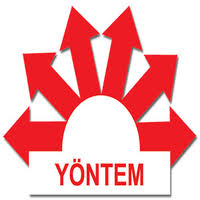 Emre Uzar, the general manager of Yontem Teknoloji, stated that the Turkish firm will share its experience on simulators and training sets in compliance with the Directorate General of Civil Aviation and European Union Aviation Safety Agency.

India Cuts Down Defence Deals With Turkey Over Syrian Aggression

“Turkey has become a defence technology exporter, our goal is to make Turkey a world leader in the field of technology and education by developing more products,” Uzar noted.

Turkey shares very strong relations with Pakistan. Ankara was among a few countries that immediately recognized Pakistan after its creation and supported its successful bid to become a member of the United Nations.