Burj Khalifa, the world’s iconic skyscraper, displayed an ‘upside down’ Pakistani flag on Friday. The flag wasn’t showcased earlier on Independence Day due to a major technical snag. 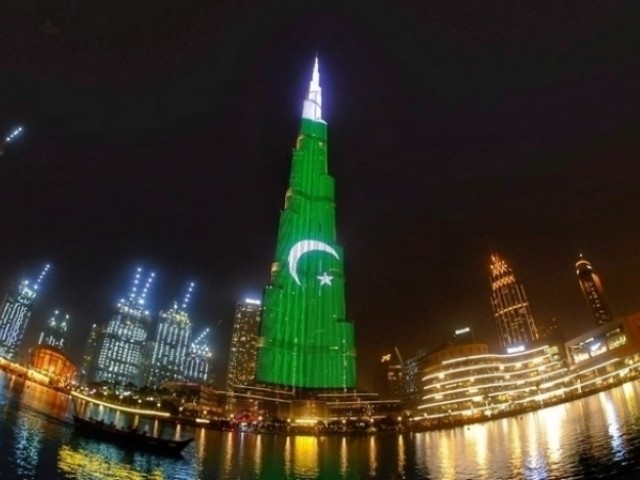 The Pakistan Association in Dubai (PAD) made an immediate move by sending a complaint letter to Emaar, the developer of Burj Khalifa, as they were besieged with numerous calls from disappointed expats, Khaleej Times reported on Sunday.

Dear @BurjKhalifa @emaardubai
The first picture is from yesterday and the second one is from March 2017.

Please look at the placement of the flag. Yesterday’s portrayal of the flag has hurt the sentiments of many Pakistanis.
This is not how ?? flag is represented pic.twitter.com/oINaLDWzjv

The complaint letter sheds light on how the wrong positioning of the national flag has hurt the sentiments of the 1.5 million Pakistanis residing in the United Arab Emirates.

The flag showcased on Dubai’s iconic building at 8:42pm on Friday. Right after the event, video of the flag display went viral on Twitter, with over 100,000 views; however, it was flooded with comments from users saying that the flag was upside down.

The PAD took notice of the outrage from upset expats and tweeted the next day: “Dear @Burj Khalifa @emaardubai, please look at the placement of the flag.”