The United Arab Emirates (UAE) is threatening to cancel a $23 billion deal to buy US-made F-35 aircraft and advanced drones due to increasing differences between the two allies on China’s role in the Persian Gulf, the Wall Street Journal reported on Tuesday.

The UAE government has told Washington that it could kill the deal over the F-35 aircraft, Reaper drones and other advanced munitions due to Abu Dhabi’s notion that the security requirements laid out by the United States to safeguard the weaponry from Chinese espionage were too onerous.

The United States has grown increasingly worried about China’s influence within the UAE and has spelled out conditions that would ensure the fifth-generation fighter jet, as well as advanced drones, would not be vulnerable to Chinese espionage, the report said.

The Biden administration was not sure if the deal, made under the previous Trump administration, was effectively over or whether the UAE was using the threat of a cancellation as a bargaining chip ahead of a planned visit on Wednesday by the country’s high-level military delegation to the Defense Department.

The UAE’s threat to walk away from the deal apparently arose from a letter written by a junior official in the government, suggesting that it was probably a negotiating tactic heading into Wednesday’s meeting, the report said citing US officials.

Earlier as EurAsian Times reported, work on a Chinese facility in the UAE was halted after US authorities suggested that Beijing China wanted to utilize the location for military objectives.

Work at the site was stopped at Washington’s request, said Anwar Gargash, diplomatic adviser to the UAE government although he said that Abu Dhabi did not believe the facility was designed for military or security purposes.

“You hear your ally’s worries, and it would be irresponsible,” not to consider them, he said.

China’s growing alliance with the UAE seems to have created rifts between the US and UAE-affecting some critical weapons deals, including the sale of F-35 stealth fighters. Even though the US had said that it remained committed to the F-35 deal, it had been deferring it for quite some time.

Chinese telecom giant Huawei’s participation in the 5G trials, in which the US and its allies have dug their heels, was seen as a primary reason. There was also a concern among US lawmakers that American military equipment could be used in the Yemen conflict.

Although various reasons were cited, the Americans never withdrew from the deal. At one point, it was also speculated that the Emiratis would receive a less stealthy version of the F-35, as previously reported by the Eurasian Times.

Now, with the UAE government abruptly shutting down the Chinese facility, the stalled F-35 talks could receive fresh momentum.

Last month, the Wall Street Journal had claimed that US intelligence services had spotted Chinese construction at a port near Abu Dhabi, where China’s Cosco shipping business owns a commercial container facility.

The development had cast a shadow over the Biden administration’s relationship with Abu Dhabi, one of Washington’s most important Gulf allies. It led to a series of high-level talks and intelligence cooperation between the two countries regarding the matter. Construction at the site was recently paused at the request of the United States, according to the WSJ.

It is believed that for at least a year, American officials have been closely monitoring the construction of what they believed was a military facility inside the Khalifa port. Officials from the United States and the United Arab Emirates have not revealed the exact nature of the facility under development. 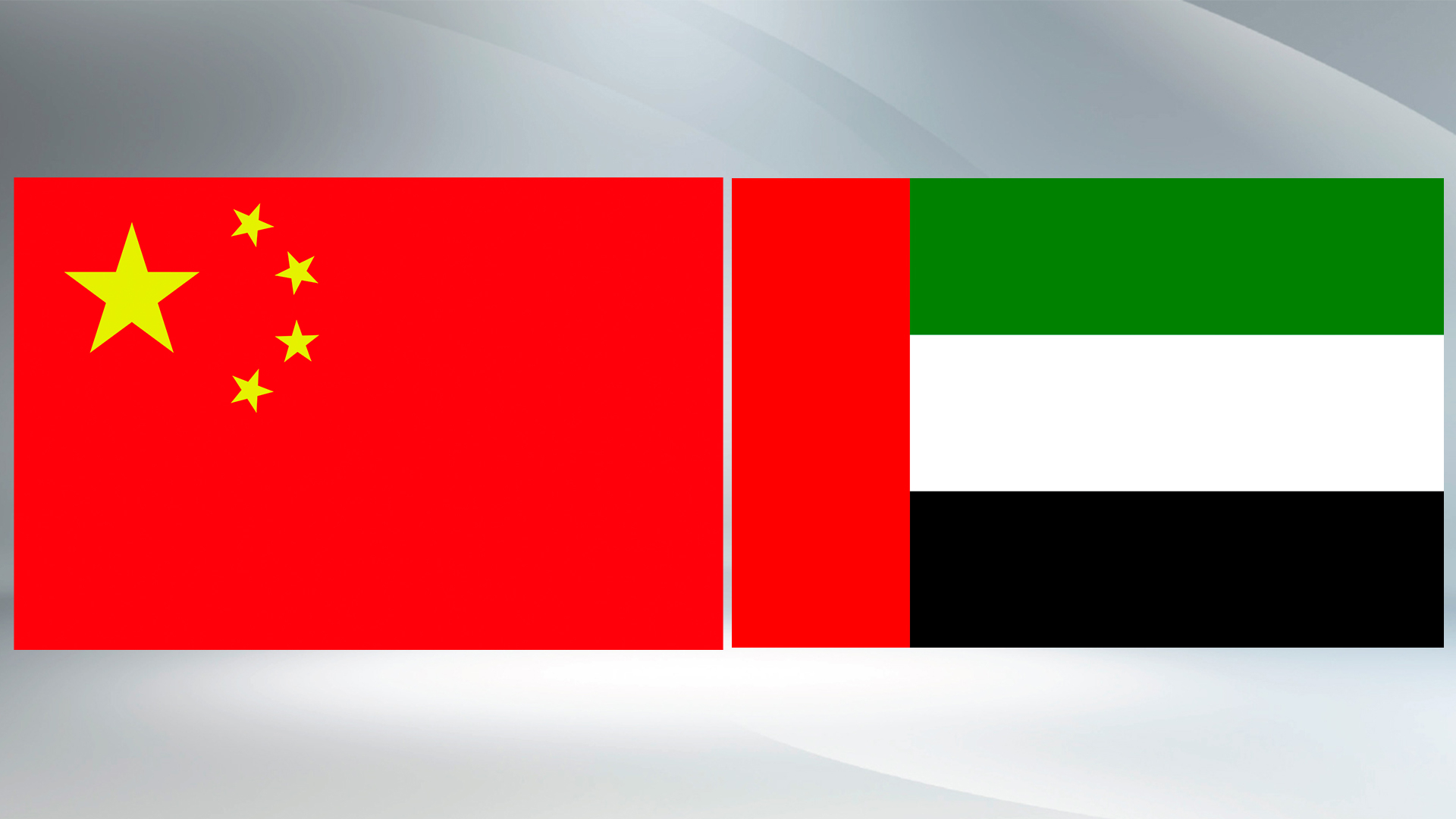 The Biden administration cautioned the Emirati government that a Chinese military presence in its country may jeopardize ties between the two countries after intelligence agencies in Washington learned that Beijing was secretly developing what they assumed was a military installation near a port.

This move coincides with Beijing’s efforts to create commercial ports in outposts around the world, which many believe is a clear attempt to strengthen its military footprint. Commercial ports have previously been built in Pakistan and Sri Lanka, as well as China’s first overseas military base in Djibouti.

The United States for long has maintained that China aims to expand its military footprint through its commercial activities whereby it sends its troops in the name of security of its infrastructure in the host country. America has also accused China of creating debt traps, especially in Sri Lanka, where it secured the lease of the strategically located Hambantota port for 99 years.

“We have made our position very clear about the types of activities that would jeopardize our ability to do things that our partners want,” Bret McGurk, US National Security Council’s coordinator for the Middle East, said referring to weapons’ sales and technology transfer to America’s regional allies.”

This is indicative of the US reluctance to have military transactions with any country that engages with its arch-rival China and also hints at the delay caused in the F-35 sale to the UAE, despite several rounds of talks.

With its threat perception growing stronger in the region, especially from Iran, the UAE recently purchased 80 Rafale jets from France. The American delay in completing the F-35 deal was believed to be one of the major reasons for the UAE military diversifying its options.

Gargash stated that the UAE is very anxious about getting caught in the middle of a tussle between China, one of its key economic partners, and the US, its major military ally. This was the first official communication from the UAE on the ensuing stalemate.

He stated that there is a “thin line” between competition and a new Cold War and that the Emirates do not want the rivalry to “slide into a second Cold War”.

Another thorny issue between the United States and the United Arab Emirates in the past two years has been the Emirati decision to allow the Chinese telecom giant, Huawei to be a part of 5G trials in the Emirati kingdom. The company has been charged with espionage by the United States, which had urged all its partners to abandon the company and boycott it from all its telecom equipment.

However, in 2019, despite US pressure to avoid Huawei’s products, the UAE announced that it would employ equipment from the Chinese technology giant to establish a new high-speed wireless network.

The announcement, made at a major European trade conference, was then seen as yet another setback for US officials trying to persuade countries to prohibit Huawei equipment.

The Gulf Arab countries have been looking to diversify their economies away from the sole oil export-generated revenue. In the face of this hunger to incorporate cheaper technology as means of expanding infrastructural development, the UAE refused to sanction or boycott Huawei. This had since become a bone of contention between the US and the UAE.

Huawei has struggled in recent years as a result of US sanctions, with Washington alleging that the company has close ties to China’s military and that Beijing may use its technology for spying which Huawei has consistently denied.

“We have been able to mitigate external political pressures like those pursued by the US by establishing the trust of our partners in the Middle East,” Charles Yang, Huawei’s Middle East chief, told AFP from the company’s headquarters in Dubai, as reported by Economic Times earlier this year.

The Biden administration has communicated in no uncertain terms that it expects the UAE, which is its close military partner in the Gulf region, to abandon Huawei from its 5G program. With the Chinese facility being shut down, the Emirate could soon be pulling the plug on the Chinese telecom giant.

The UAE’s defense ministry said the acquisition of French Rafale fighter jets would complement the UAE’s planned purchase of American F-35 fighter jets, which has been stalled owing to Washington’s concerns about Abu Dhabi’s relationship with China.

This was in response to speculations that the Rafale deal was signed as an alternative to the F-35s.

“This deal is not seen as a replacement for the upcoming F-35 sale; rather, it is seen as a complimentary deal… as we improve our air force capabilities,” Major General Ibrahim Nasser Al Alawi, commander of the UAE Air Force and Air Defense said, adding that the UAE had been looking for a replacement for its Mirage fleet for some time.

The UAE’s latest move to halt work at a Chinese facility is certainly an attempt to bridge the trust deficit with its military partner, the US, which has been sitting on the F-35 deal for almost a year.

If the sale goes through, the 50 F-35 fighter jets along with 80 Rafales would make UAE Air Force an assertive military power in the Middle-Eastern region.

Previous article
China Racing Ahead Of US At ‘Twice The Rate’ In Space Tech; Its Long March Carrier Rocket Conducts 400th Mission
Next article
Besides BrahMos Missile, Is Indonesia Looking For Joint Defense Production With India Amid Rising Chinese Aggression?