The United Kingdom (UK) and Belgium are set to collaborate to develop an advanced version of MQ-9 Reaper drone, the countries declared with a statement of intention (SoI) announced recently.

The UK and Belgium have recently declared an agreement via a bilateral Statement of Intent (SoI) to work collaboratively on their MQ-9B Remotely Piloted Aircraft System (RPAS) aircraft.

Designed as a further development of the MQ-9 “Reaper” or commonly known as Predator-B UCAV, the MQ-9B RPAS system is developed by General Atomics as a new advanced version which is expected to meet NATO- airworthiness standards as a “Type-Certifiable” system- certified to fly in civilian airspace.

The RPAS is known as Protector RG1 in the UK and by its official company name ‘SkyGuardian’ in Belgium. Both countries have recently placed orders for the aircraft. 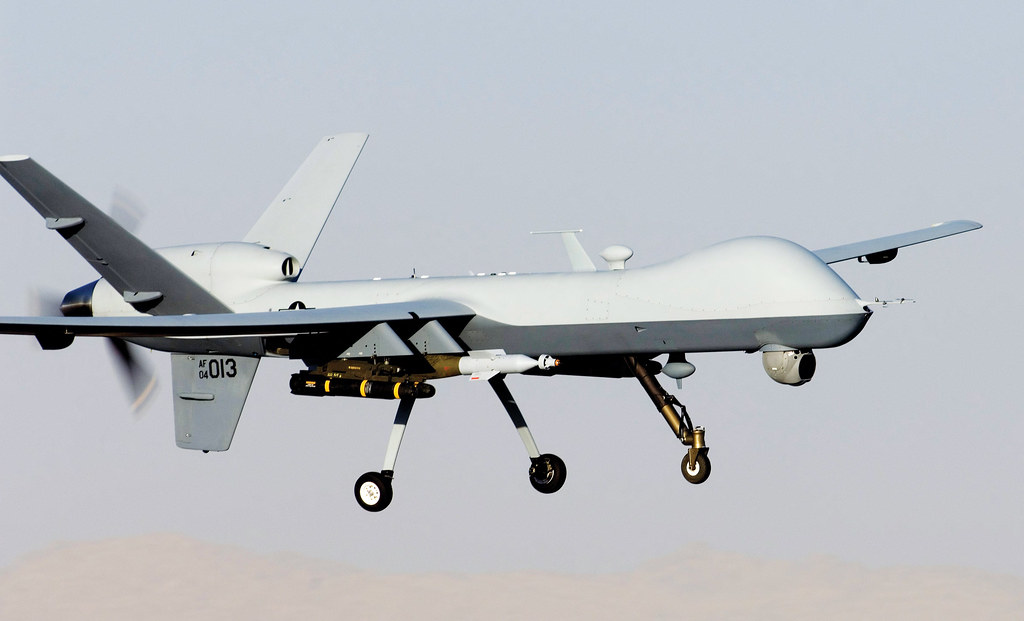 The SoI was signed by Air Chief Marshal Mike Wigston, Chief of the Air Staff, and Major General Frederik Vansina, Commander of the Belgian Air Component. Both parties will now focus on opportunities to work together on training, maintenance, logistic support, interoperability, and capability enhancement, the RAF stated.

Marshal Mike Wigston said, “This Statement of Intent between the UK and Belgium reflects our shared ambition for Protector, the MQ-9B Remotely Piloted Aircraft System, working in partnership to tackle threats to our national and collective security.”

“The Royal Air Force and Belgian Air Force will explore opportunities to train, maintain, and work together on this game-changing aircraft using its cutting-edge sensors and systems to protect national, NATO and European security.

The introduction of Protector MQ-9B reflects a step-change in remotely piloted aircraft operations in Europe and worldwide. The Royal Air Force is delighted that the Belgian Air Force will stand beside us again on that historic journey.”, he added.

The British Government has invested in 16 Protector RG1 systems, replacing the old fleet of nine MQ-9 Reaper drones. The deliveries are expected to commence in 2024, with 31 Squadron of the RAF as its first operational squadron.

Belgium, too, is acquiring four MQ-9B drones for its national security and NATO obligations. Major General Frederik Vansina said: “As the second Air Force acquiring this system, we are proud to join the United Kingdom in setting the first milestones towards interoperability between both our systems.”

“Both our nations see great opportunity in developing strategic partnership and in doing so we will tackle shared challenges with greater strength on top of streamlining our Forces’ interoperability in employing this state-of-the-art asset.

As other NATO Air Force’s join the UK and Belgium in acquiring this cutting-edge capability, which we will seamlessly integrate into densely navigated airspaces around the globe, I’m proud to announce today’s signing of our bi-national Statement of Intent.

This is a first and important step toward the foundation of a reliable partnership between our Air Force’s involving key aspects in the development of this novel system”, she added.

The SkyGuardian’s armed variant can be equipped with precision-guided munitions, enabling it to perform a host of operations from ISTAR operations to the destruction of the target, and shall prove to be an important asset for both nations.