Iranian women fans are now free to enter a football stadium for the first time in decades after FIFA warned the conservative nation over its archaic male-only policy. 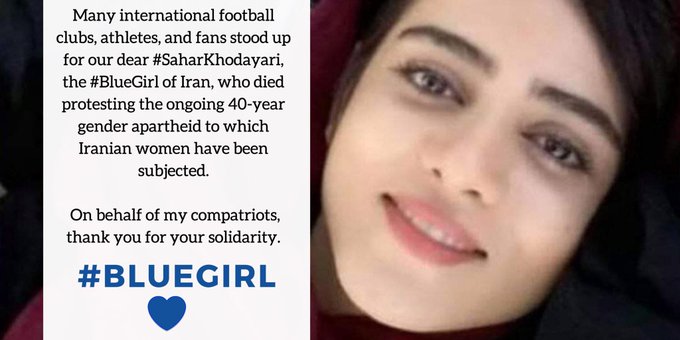 Iran has banned female fans from football and other stadiums for almost four decades with hardline Islamic clerics defending the move to secure the females from the masculine atmosphere and sight of semi-clad men.

World football´s governing body FIFA last month ordered Iran to allow women access to stadiums without restrictions and in numbers determined by the demand for tickets. The directive came after a fan dubbed “Blue Girl” died after setting herself on fire in fear of being imprisoned for dressing up as a boy in order to attend a match.

Women were quick to get their hands on tickets to attend Iran´s 2022 World Cup qualifier against Cambodia at Tehran´s Azadi Stadium on Thursday. The first batch sold out in under an hour, and additional seats were also snapped up in short order, state media said.

Ahead of Qatar 2022, Iran has come under pressure from FIFA to allow women to attend this round of World Cup qualifiers. The ban on women in stadiums is not written into law or regulations, but it has been strictly enforced.

Since the 1979 Islamic revolution, women have only had rare access to stadiums in Iran. About 20 Irish women attended a World Cup qualifier in 2001, and four years later a few dozen Iranian women were allowed to watch the national “Team Melli” take on Bahrain. 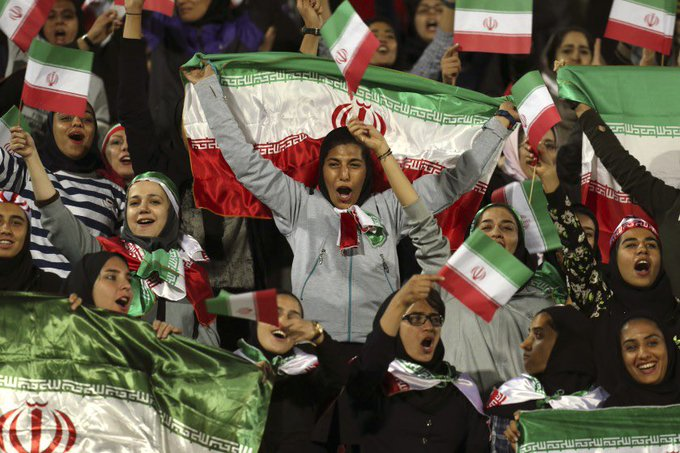 In October, as many as 100 Iranian “handpicked” women entered Azadi for a friendly against Bolivia. But the day after, the prosecutor general warned there would be no repeat, saying it would “lead to sin”.

The reformist camp has welcomed the decision to allow women into Thursday´s match, while conservatives have argued that football is not a priority for women. The Donya-e-Eqtesad financial newspaper called it “a step to weaken a taboo and also free Iran´s football of the looming shadow of FIFA´s punishment”.

But the ultra-conservative Keyhan daily said women were more concerned about economic issues. “There are many girls still single and at home, afraid of the cost of marriage. The government should be thinking of this, not sending them to stadiums,” it quoted a mother as saying.