The US Army is developing a long-range cannon that has the capability to fire 50 times farther than any existing gun, reported Popular Mechanics. With an effective range of 1,000 nautical miles—at 1,150 miles, the Strategic Long-Range Cannon (SLRC) has the potential to strike western Russia and even Moscow.

The report further says that the range can be utilised in the Indian Ocean where it can easily target Pakistan, Afghanistan, Iran, Yemen, and Somalia.

“Penetrates and dis-integrates enemy A2/AD [anti access, area denial] defences to create windows of opportunity for exploitation by the Joint Force,” the leaked SLRC poster said. “Platform is comprised of a weapon, prime mover, and trailer, [and] projectile and propelling charge capable of delivering massed fires at strategic ranges for multi-domain operations.” The leaked image of the poster showing “key points” of SLRC

It also lists some “key points” :

While the US Army hasn’t revealed how such a long-range is achieved, a special committee formed by the National Academies of Sciences, Engineering, and Medicine is set up to study its feasibility and to develop a plan to test the prototype by 2023. 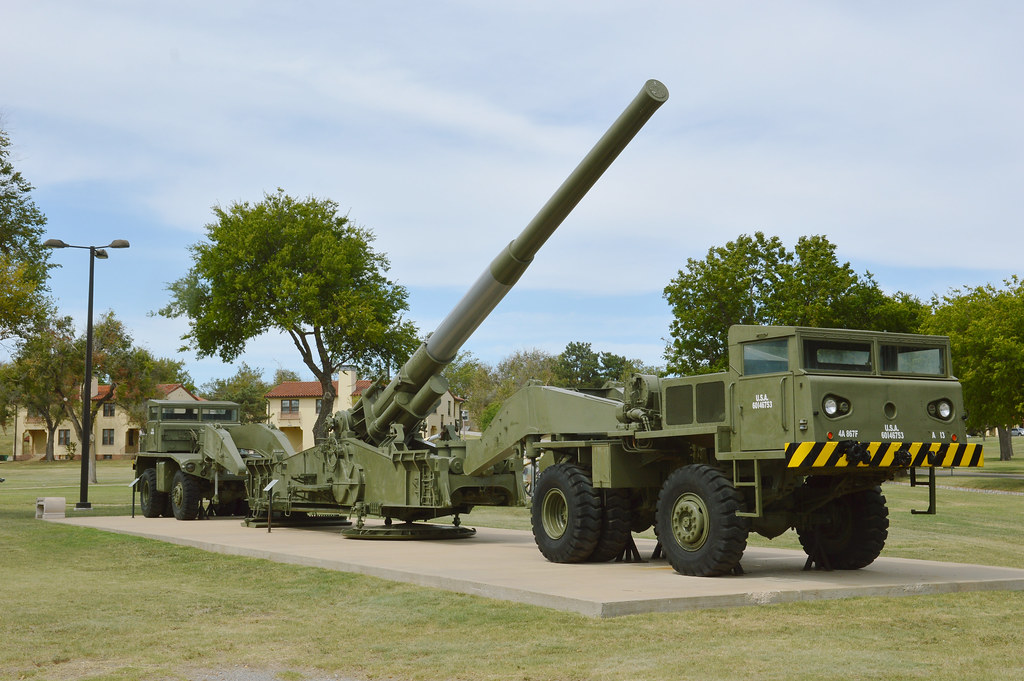 “The Army envisions the SLRC as a towed gun pulled by a heavy truck, using its range to blast a hole in enemy air and sea defences big enough for U.S. forces to squeeze through,” said the report.

According to Joseph Trevithick of The Drive, the cannon looks similar to to the configuration of the 280mm M65 cannon, better known as Atomic Annie because of its primary mission to fire nuclear artillery shells.

“The M65 was mounted on a platform that was transported to the firing position suspended between two specially designed Kenworth 4×4 tractor trucks,” he explained.

The Atomic Annies were deployed in West Germany, South Korea, and the Japanese island of Okinawa but were withdrawn from service in 1962.

However, there are certain drawbacks to the SLRC plan. The land-based system restricts the weapon to just paved roads and would require permission from foreign governments to deploy it in foreign lands.

“Just getting the gun to the battlefield would require nearby airfields, secure airspace, and enough Air Force transports to lug the big guns around,” the report added. However, it also suggests a solution too: To base the cannons on ships.

A warship will be able to carry the entire four-gun battery the Army envisioned deploying SLRC abroad, plus shells to keep the guns firing, it further suggested.

Another advantage is the cost of this ammunition as it will be cheaper than a fighter jet, that costs $45000 an hour to fly, to complete the task striking the enemy territory, noted Popular Mechanics.

It further recalls the 1940 era when most of the major world powers maintained large fleets of battleships—those large, heavily armoured warships carrying between eight and 12 guns, all between 12 and 18 inches in diameter.

“Battleships lost to aircraft carriers because their firepower, however massive, was constrained by a relatively short range. The last battleships built for the U.S. Navy, the Iowa class, had a powerful battery of nine 16-inch Mark 7 guns, but could only hit targets a maximum distance of 23.6 miles,” the report emphasised.

However, the SLRC could change the fate and bring back battleships once again making it the crown of the Navies around the world.