The US Navy has awarded a contract to launch initial low-rate production (LRIP) of an extended-range version of the Anti-Radiation Guided Missile (AARGM-ER), Northrop Grumman said on Thursday.

“LRIP marks a significant step forward for AARGM-ER and the confidence the U.S. Navy has in the program and its capabilities,” said Captain Alex Dutko, Navy Program Manager for Direct Time Sensitive Strike. “AARGM-ER will provide the U.S. Navy and our allies with unmatched protection.”

The extended range enhancement is a significant upgrade to the currently produced and fielded anti-radiation missile in the Navy’s arsenal, the defense contractor added.

The AARGM-ER is currently being integrated on the Navy F/A-18E/F Super Hornet and EA-18G Growler aircraft as well as the Air Force F-35A, Marine Corps F-35B, and Navy F-35C aircraft, the release said.

The AARGM-ER incorporates hardware and software modifications to improve the capabilities of existing versions of the supersonic air-launched guided missile, which is designed to operate in contested environments degraded by electromagnetic radiation, according to the Navy.

The EA-18 Growler has been in limelight since China’s J-16D Electronic Warfare (EW) aircraft made its first public appearance at the Zhuhai Airshow. 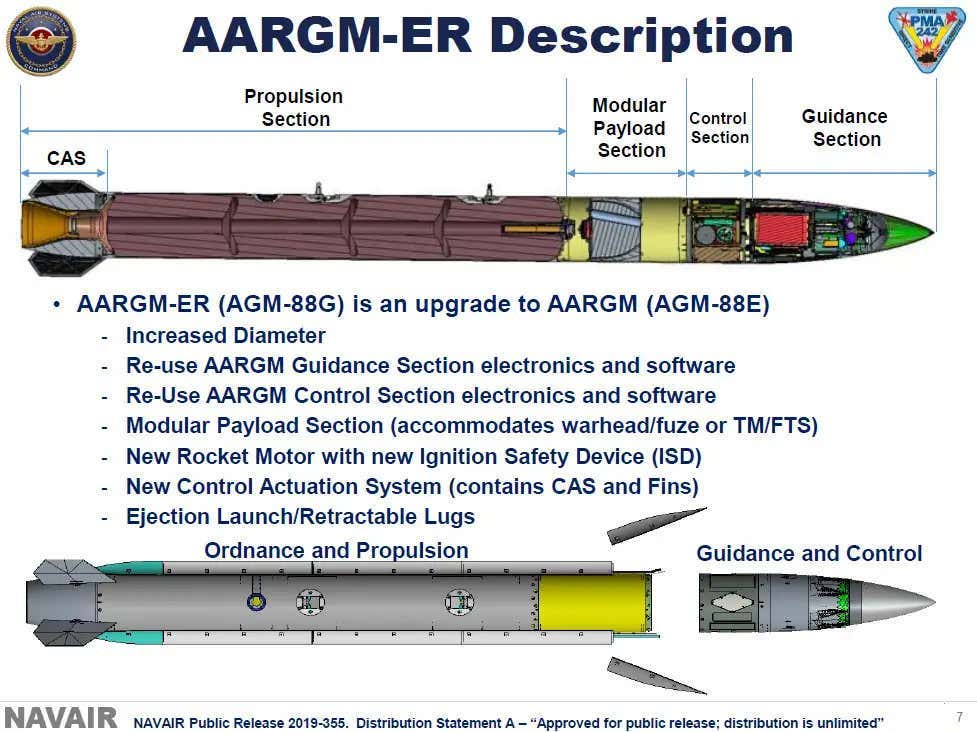 The EA-18 Growler is an electronic attack aircraft manufactured by Boeing aerospace. The aircraft is a derivative of the F/A-18 Super Hornet. The Growler is outfitted with two AGM-88 high-speed anti-radiation missiles and two AIM-120C AMRAAM air-to-air missiles.

Last month, the US Navy announced its first live-fire test of the new AGM-88G Advanced Anti-Radiation Guided Missile-Extended Range. A Naval Air Systems Command press release declared that the missile launched from an F/A-18E/F Super Hornet met all the objectives.

The test was conducted on July 19, 2021, off the coast of the Point Mugu Sea Test Range. Captain Alex Dutko said the test represents “a major step to providing our fleet with the most advanced weapon system to defeat evolving surface-to-air threats.”

The AARGM-ER are anti-radiation missiles that are developed to tackle radio frequency discharge. Most of these missiles are designed for air-to-surface operations, although there have been air-to-air and air-to-ground missiles, as well.