With the US and China leading the development of swarming drone capabilities, they are now looking at not just swarming techniques but also counter swarming tactics. Experts have argued that some drones that are under development are capable of sufficient destructive power to count as Weapons of Mass Destruction.

According to Isaac Kaminer, an engineering professor at the U.S. Naval Postgraduate School who is an expert in the subject of swarming and counter swarming tactics, large-scale adversarial swarms are already an imminent threat. He suggested that stopping a swarm is not simply a matter of driving enough missiles or bullets at it; instead, the swarm has to be outsmarted.

“A swarm with 10,000 or more drones must have extremely high levels of autonomy,” said consultant Zak Kallenborn talking to the Forbes. “No human being could handle the amount of information necessary to make decisions.“

Kaminer defines a ‘Super Swarm’ with large numbers and multiple modes like air, surface, and subsurface threats. The US Navy has already performed offensive swarm operations with its LOCUST drone swarm developed by Raytheon.

According to the developer of LOCUST drone swarm, dozens of small unmanned aircraft systems fly together, filling the sky. Some are collecting information. Some are identifying ground targets. Others might attack the same targets.

“They fly together like a flock of birds, tracking their positions and maintaining their relative positions in the air. Human operators are not needed for every flying drone; instead, they direct the flock as one.”

Currently, the drones are controlled remotely by humans which limits the capabilities both due to the demand for personnel and bandwidth restrictions. Only a few numbers can be used. However, if swarming algorithms are developed it would allow the drones to control itself and hence much larger number can be used increasing its lethality.

It works similar to a swarm of birds or insects. Every member adheres to the same rules to follow cohesion without colliding with each other. This will allow it to work without any central control.

David Hambling, who is also the author of ‘Swarm Troopers: How small drones will conquer the world’, wrote that such a swarm can be defeated by taking advantage of its internal rules – if these can be figured out.

“For example, an entire swarm whose members all have a collision-avoidance rule can be ‘herded’ by a few outsider drones or may be fooled into running into each other. If the members of the swarm are all programmed to attack what they see as the highest-value target in range, then they can all be decoyed into attacking the same dummy.” 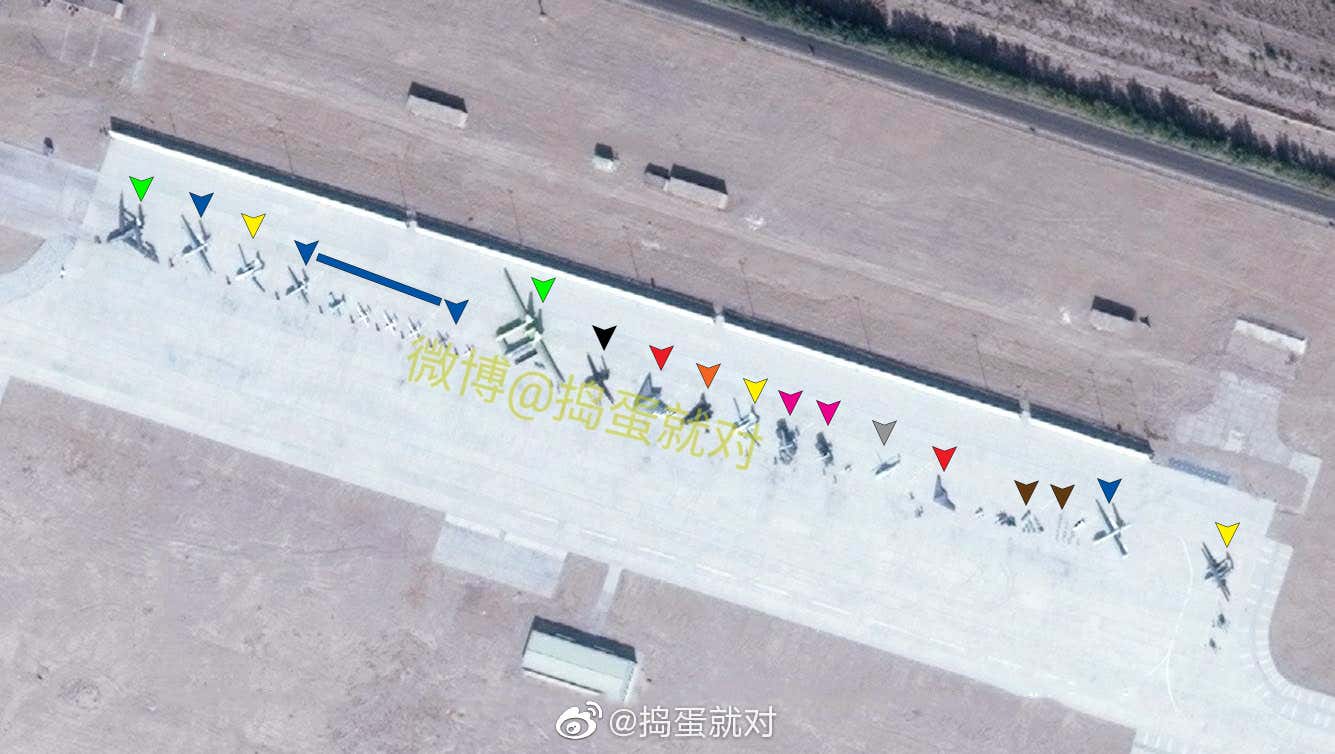 The biggest challenge for the US comes from China who is also developing swarming capability as a means of asymmetric warfare, to counterpoise the US advantage in aircraft carriers. Last year, satellite images posted on the Chinese internet displayed a lineup of several drones including the Sharp Sword stealth drone and the Wing Loong Reaper.

Reminds me to the UAV demonstration at Malan AB in August 2018 but this one is even more impressive. ?

Seems to be the complete UAV family, the PLAAF operates or has in test?

Considering the fast pace of development of such technologies it is important to have international laws in place. “The opportunity to develop global norms and treaties around drone swarms and other autonomous weapons is now, “ says Kallenborn. “Collective limits on the number of armed drones in a swarm would reduce the risk to civilians and national security.”