The United States has already irked Beijing with the approval of three major arms deals with Taiwan but the reports confirming the presence of American RC-135W Spy Plane over Taiwan will only add fuel to the fire.

The US Air Force has confirmed that an RC-135W Rivet Joint spy plane entered the airspace of Taiwan on Wednesday (21 October) as part of operational intelligence, surveillance, and reconnaissance mission.

A public officer for Pacific Air Forces (PACAF), a top Air Force command for operations in the Pacific region, told The War Zone in a statement: “I can confirm that an RC 135W [sic] Rivet Joint aircraft did fly over the northern portion of Taiwan yesterday as part of a routine mission. Due to operational security, we are not able to discuss the specifics of the mission”.

However, on Friday, Taiwan News reported that multiple aircraft spotters have alleged that a U.S. Air Force (USAF) spy plane was flying over Taiwan, early on Friday. The same information is yet to receive an official confirmation from the US command.

Before the official confirmation into the Wednesday flight, plane trackers had used online flight tracking software to notice the Boeing Rivet Joint’s mission and were the first to track the plane. As per the available data, the plane flew directly into the island’s capital city Taipei.

Earlier on 19 October, the flight tracking software had shown US Navy EP-3E Aries II intelligence, surveillance, and reconnaissance (ISR) plane flying over Bashi Channel, a water-body in the south of Taiwan that links the Philippine Sea and the South China Sea, as well as off China’s southern coastline. The Bashi Channel has seen an uptick in the US military activity this year.

While the Rive Joint’s mission to fly over Taiwan airspace cannot be ascertained, RC-135V/Ws are among the US Military’s most capable intelligence-gathering platforms, with large signals intelligence suites able to detect and geolocate various kinds of emitters, including radars and communications nodes.

As per TheDrive, the Rive Joint has some two dozen intelligence analysts on board on a typical mission and they can intercept, analyse enemy communications chatter along with collecting data on an opponent’s “Electronic Order of Battle,” including integrated air defences.

If the US has an intention to support Taiwan beyond diplomatic and political support in case of the Chinese invasion over the island nation, it is important to keep tabs on the Chinese military on the coast of the mainland facing. 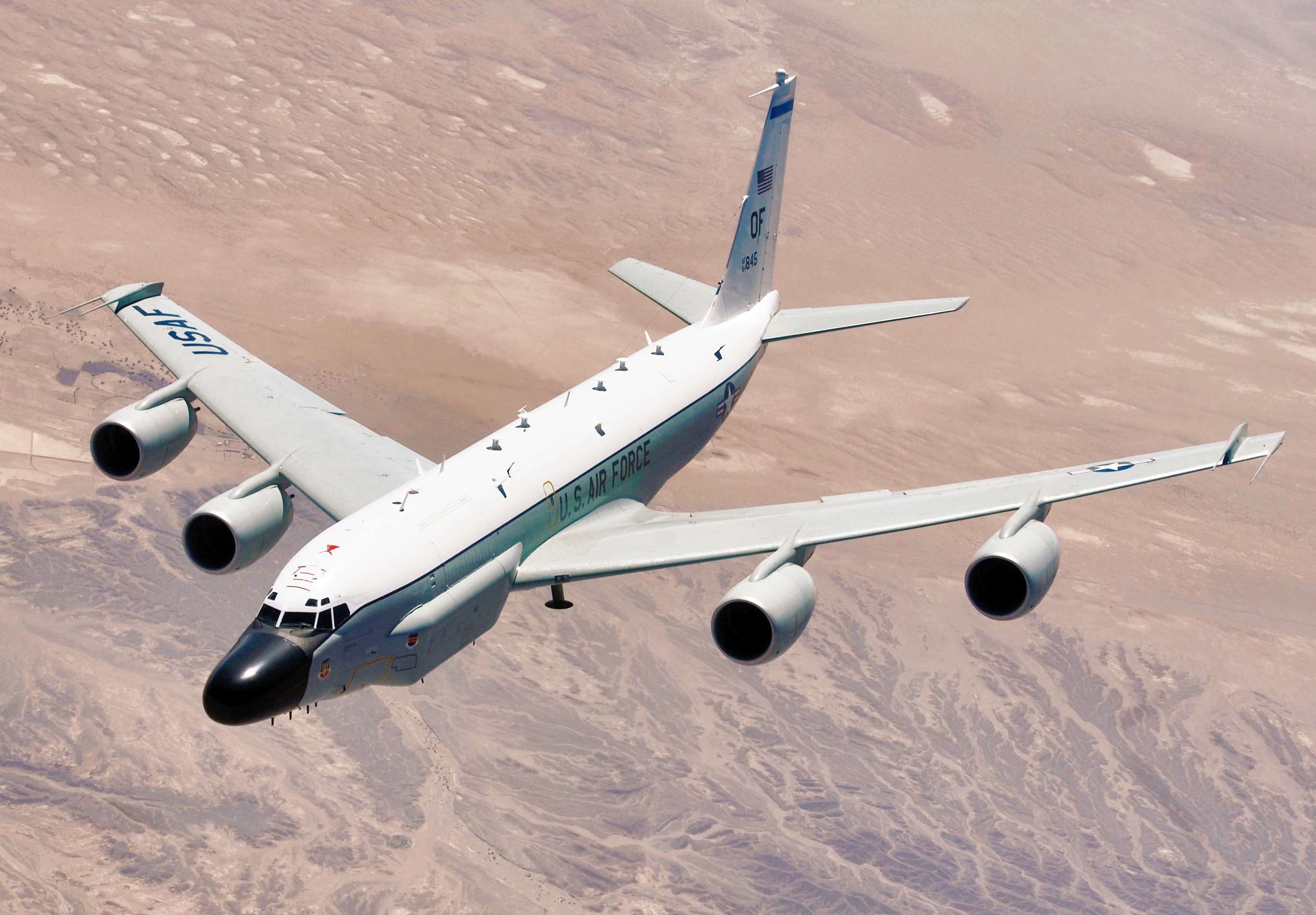 Russia-China Military Alliance – Is This The Chinese Answer To India, US & Their QUAD Aspirations?

Marking the occasion of the 70th anniversary of China’s entry into the Korean war against American forces, Xi said: Seventy years ago, the imperialist invaders fired upon the doorstep of a new China. The Chinese people understood that you must use the language that invaders can understand – to fight war with war and to stop an invasion with force, earning peace and respect through victory…..”

The developments have come amid the media reports of China deploying weapons such as J-20 stealth fighter jets and Marine Corps units along with advanced hypersonic missile the DF-17, off Chinese mainland’s southeast coast near the island of Taiwan. However, the Chinese state-owned media has quoted experts as saying that the deployments will target foreign military forces if they intervene in PLA’s reunification operations.