General Atomics, the American defence giant has stated that it has carried out captive carry tests of its new air-launched and air-retrievable drone prototype called the Sparrowhawk.

According to initial specifications, it would be carried by and work with the larger unmanned aircraft like the Predator-B or Gray Eagle, increasing their capabilities.

“The Sparrowhawk aircraft is designed as an airborne launch and recovery demonstrator aircraft tailored to fit GA-ASI platforms and is focused on Advanced Battle Management System’s attritableONE technologies.

Sparrowhawk iterates on the DARPA Gremlins Program to further airborne recovery of sUAS, reducing the cost of operation and enabling new mission capabilities to GA-ASI’s MQ-9 Remotely Piloted Aircraft,” the company said via a press release on Friday. 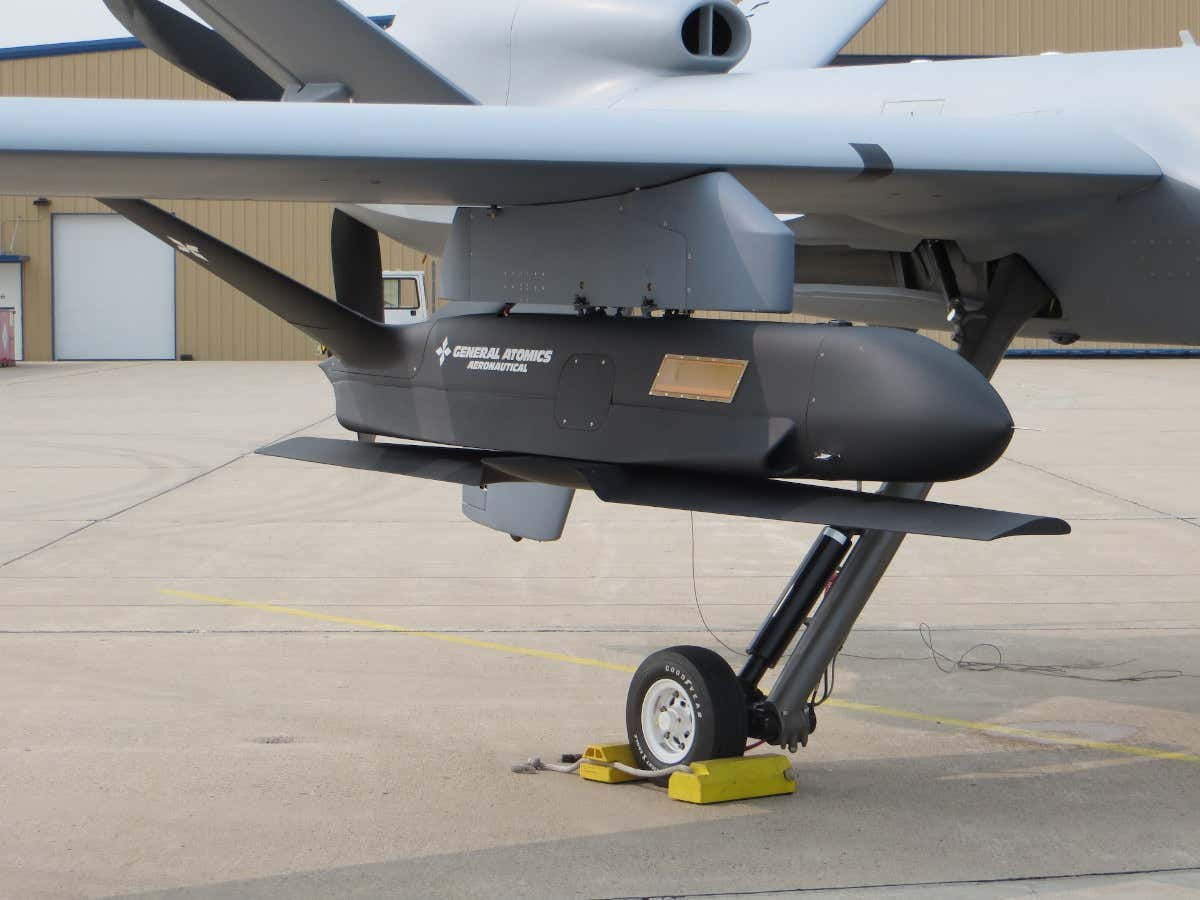 The captive flight test, which means that the drone was not launched but was tested for its compatibility and aerodynamics with the parent drone, was carried out 16-17 September onboard an MQ-9 Reaper UCAV.

This system would allow for the further development of a carrier “mother” ship which could house multiple carried sUAS (Small Unmanned Aerial Systems) and could use them for swarm tactics, a sci-fi dream of most developed countries which is inching closer to reality.

Adding to the flight details, the company also informed that the Sparrowhawk sUAS was carried on an MQ-9A and controlled exclusively using GA-ASI’s Metis Software-Defined Control Station hosted on a laptop computer, which drastically reduced the system’s logistical footprint and supports the vision for interfaces to the aircraft from across the battlefield — without the need for a Ground Control Station shelter or vehicle. Communications were achieved using a fielded meshONE datalink, enabling collaborative autonomy capabilities among the platforms.

However, the “Sparrowhawk” designation should not be confused with another system of the same name developed as a C-sUAS (counter-small unmanned aerial systems), also known as “Skylord,” developed in tandem with Israelis for the U.S. Special Forces to counter the threat of small UAVs around critical installations.

Previous article
After Ladakh, Why Gilgit-Baltistan Could Be Next Big Flash Point Between India And China?
Next article
Chinese-Funded CPEC Project Hit Hard By COVID-19; Went From ‘Rocks To Peanuts’